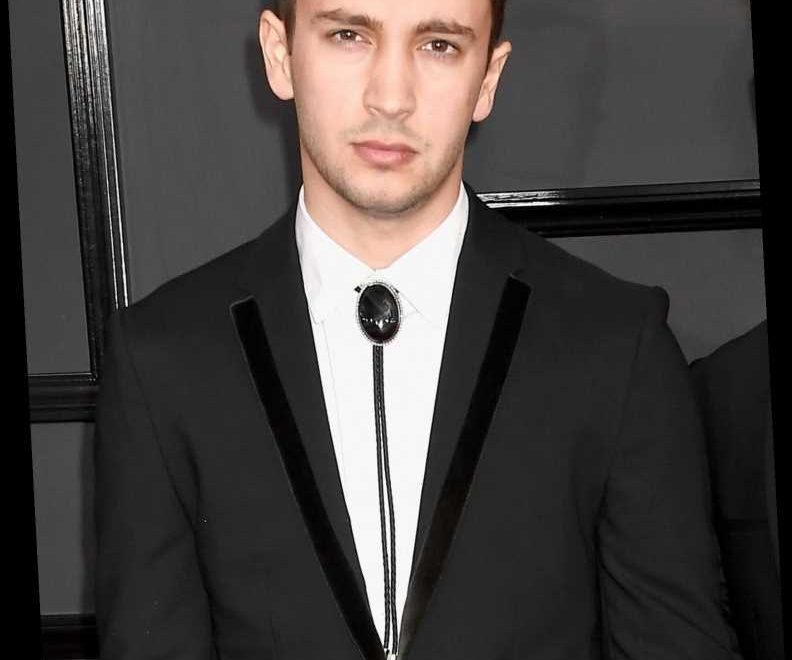 Tyler Joseph faced criticism after some felt his joke about using his influential platform to raise awareness on social issues was in poor taste.

On Wednesday, the Twenty One Pilots frontman, 31, posted a tweet in which he wrote about "using his platforms," instead meaning wearing a pair of all-white platform shoes adorned with starry designs.

"You guys keep asking me to use my platforms. Feels good to dust these bad boys off," Joseph wrote alongside a pair of photos that showed himself posing in the elevated footwear.

After making the tweet, Joseph went on to open up about suicide prevention in a series of Twitter posts, including one in which he wrote about his "tools" for managing his mental health: "I use music, humor, being alone, breaks from social media, family, uncomfortable and honest conversations with friends, and sometimes crying."

"I respect all the warriors out there fighting for different causes. There is honor in it, purpose, and it can make our world better," tweeted Joseph. "I just want to remind you what I'm fighting for: your mental health is more important today than it ever has been. You're not alone."

For some fans, however, the "platforms" joke didn't sit well with them, with some replying that they were disappointed in what they saw as making light of serious issues. "Human rights arent a joke ? But ok," wrote one user.

Noticing the backlash, Joseph addressed fans and said he's standing by his humor. "I'm doubling down on my platform tweet. It was fantastic," he wrote.

Joseph, in a subsequent tweet, apologized for anyone he "hurt" by joking about the subject matter, adding that he supports the Black Lives Matter movement, among other causes.

"My tweet wasn't suppose to be about human rights. so in case you are wondering where I stand: Black Lives Matter. I just wanted to take a moment to raise awareness about something else that has meant a lot to me for a long time," he wrote. "But now I see there is no room for that right now."

"I'm truly sorry if it hurt anyone," he added, then directed his followers to an online resource of ways to help. "Here is a link with a lot of great info that I stand by."

If you or someone you know is considering suicide, please contact the National Suicide Prevention Lifeline at 1-800-273-TALK (8255), text "STRENGTH" to the Crisis Text Line at 741-741 or go to suicidepreventionlifeline.org.

To help combat systemic racism, consider learning from or donating to these organizations: