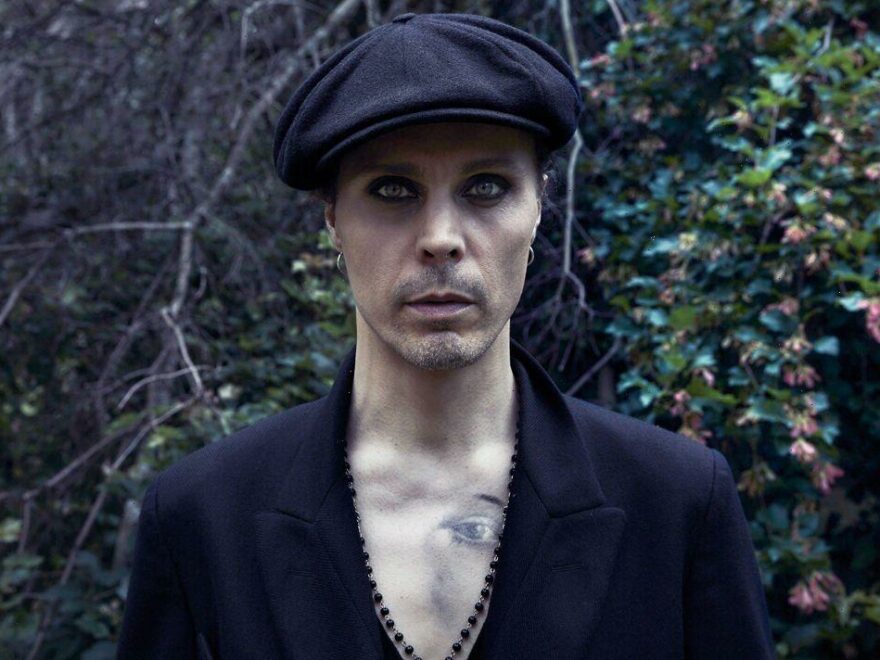 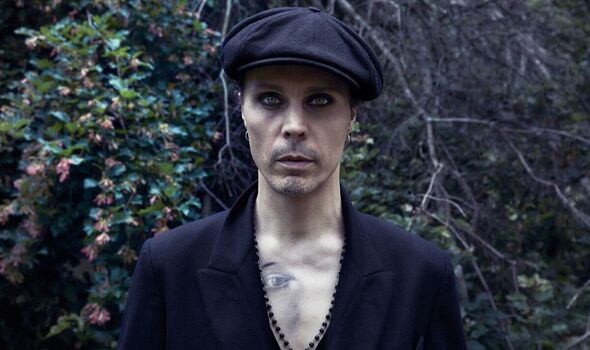 “Yeah sure, I want to rule the world,” Ville Valo nervously laughed while chatting about his new album, Neon Noir – his debut solo record under his new persona, VV. If that wasn’t scary enough for the Finnish songbird, it’s also his first release since the break-up of his legendary goth band, HIM. “No, of course, I want to succeed,” he clarified, before hastily adding: “I have to be humble about it because it’s not a given, you know? To be able to [play music] and put the bread on the table by doing it.” He added: “It’s quite a special thing. I want to sort of hold it delicately, and tenderly and gently, so I don’t break it.”

Speaking exclusively to Express.co.uk during a fleeting trip to London, Ville seemed excitedly nervous to tell all about setting out on his own for the first time as VV.

It’s surprising Ville still has music industry firsts coming, to be honest. Especially considering he has been at the forefront of alternate music for decades. Although it seems futile to sum up HIM’s impact on the industry, it is easy to forget the Finnish band released eight albums – five of which went platinum, and four of which hit number one in album charts around the world.

In 2017, after 26 years, HIM announced they would be amicably parting ways. In a statement, they said: “After quarter of a century of love and metal intertwined we sincerely feel HIM has run its unnatural course and adieus must be said in order to make way for sights, scents and sounds yet unexplored. We completed the pattern, solved the puzzle and turned the key. Thank you.” (sic) Ville later said the “stars weren’t in alignment” for the band’s next album, before adding that there was “no drama” between any of the members.

He went on to tell me: “I think we were, possibly, on the verge of getting at each others’ throats.”

Fast forward six years to 2023 and Ville is releasing Neon Noir, the first album from his new persona: VV. Of course, these are just the 46-year-old’s initials, but why did he choose this stylisation for his new persona? “Search engines, to be honest with you!” he laughed. “It’s easy to remember and to Google… it’s silly, it’s simple and it’s kind of ’80s. And it looks good.” He added that he also wanted his new project’s name to be like an alter-ego for him. A “rock persona”. “Somehow Ville is the mama’s boy from Helsinki,” he smiled. “And VV is the enhanced version… but – basically – the enhanced version has eyeliner.”

Neon Noir is perhaps what HIM fans might expect from Ville. It’s a melancholy haze built with sultry styles in mind, with an emphasis on beautiful voice work that the singer himself says is “unadulterated him”. The icon is very proud of how the album has turned out – especially considering he wrote all of the music himself.

The story behind Ville’s new art project is not unlike countless other artists, in some ways. When 2020 turned the world upside down, Ville found himself twiddling his thumbs in the first days of the pandemic before turning to music. Eventually, however, this album was more about survival than boredom for Ville.

“Most of us had a really, really hard time [during the pandemic],” Ville reflected. “It felt like this gigantic slow-motion black hole that we all got sucked into. And my way, definitely, was to deal with [it] through music.”

Ville didn’t seem in any way afraid of bearing his soul during our casual chat, and during one of these many bleeding-heart moments, he paused before emphasising: “It became a lifeline. It was the thing that kept me afloat. It gave me a reason to wake up in the morning.”

It wasn’t all easy for him, though. At some points, Ville questioned everything he knew about himself. He recalled: “Throughout the pandemic – the interesting thing was – I found myself in these very, sort of, teenage-y vibes. I felt like an outsider. I felt like I didn’t belong – which is very profound, in a way. It is quite weird to sort of go back to that. Where is it coming from? I guess it’s something I’ve never dealt with.” He went on to compare the magnitude of the pandemic to hearing about the events of the Chornobyl disaster as a child back in 1986. “It was a concept unimaginable,” he mused. “This [the pandemic] had a similar whiff to it.”

To combat the dread that was banging at his door, he returned to music – what he described as his “safety blanket”. “That was the only way I think I was able to keep myself semi-sane,” he added.

With nowhere to turn, Ville picked up his guitar and started writing for the first time in years. While he originally planned to work on some demos with a band, his solitude forced him to “look in the mirror” and make music again – alone. “It was a weird existence,” he said. “It was like I was more or less in my head for like three years. And now all of this it feels like I’m losing my virginity.”

Despite the fact this is a major new direction for the star, Ville admitted he was “really excited” by the album’s impending release, describing his new sound as “very melancholy and semi-depressing” with an “’80s flair”. Plucking his biggest inspirations from the air, he added: “I find my comfort zone somewhere between Black Sabbath and Depeche Mode.”

And he’ll be bringing this flair for the dramatic to the stage this year, as well, when he tours the UK in March. “I’m really looking forward to the tour,” he announced, before revealing that attendees will witness a bunch of surprises. Longtime fans of the god-like goth will not only see a collection of his newest tracks, but also some of his best-known HIM songs.

“I do understand I have a bit of history,” he said. “So, playing the old songs from HIM together with the new stuff, it’s kind of like a transitional point between the past and the future.” Ville described his live show as “50 percent old music and 50 percent new music”. “It’s interesting,” he chuckled. “In an anthropological sense.”

Despite the excitement and anticipation for VV’s Neon Noir, he is not yet sure if he’ll definitely be dropping another album after this one.

“It’s impossible to say,” he admitted, carefully. “It’s very hard to answer. It should be very reactive. I’ll see how the audiences react to certain songs. Because, at the end of the day – sure I make the music for myself – [but] I am also hoping the music will resonate and will create another life in people’s hearts and minds.”

With that said, VV stressed that he didn’t want to keep dropping albums for the sake of it. Perhaps working in a similar creative process as HIM, Ville wants to make sure that whatever he does next will mean something. “Of course, I’d like to continue making music,” he continued. “I think it’s very important to make every song count. It is cliche, but you’ve got to be earnest.”