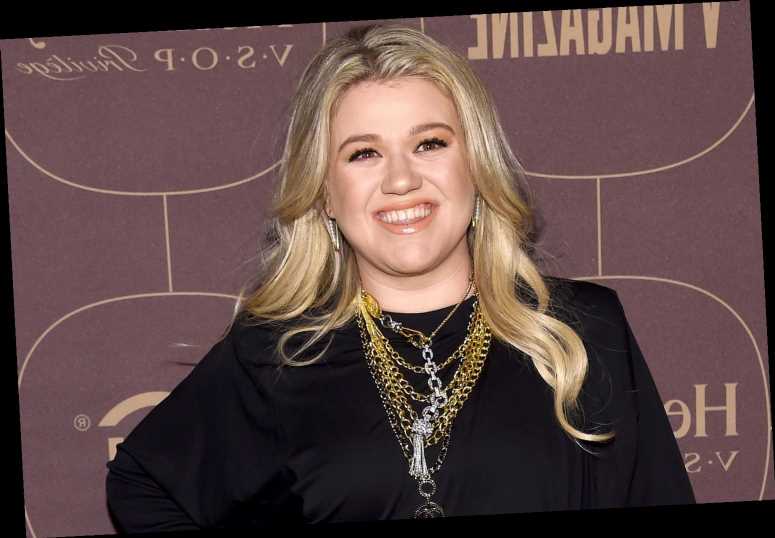 On Monday, Kelly Clarkson hit the stage for the Kellyoke segment of her NBC talk show to perform a rendition of "Dream On" by Aerosmith — and she absolutely killed it.

Sporting a long, black blouse and striped pants, the 38-year-old singer started the band's iconic song in a soft voice (like in the original) before completely shifting her rendition as she hit some high notes in the chorus.

"THOSE NOTES WERE EPIC!!!! And SO SO CLEAR!!! VOCALSSSSSSSS!!!" commented one fan on YouTube.

"I am out of breath just watching this. Damn Kelly!" tweeted another.

"You just gave me a heart attack with those vocals!!! this is CRAZY!!!" wrote another. Kelly Clarkson Show watchers may have noticed the American Idol alum sporting an eyepatch during the episode and not during her performance. Clarkson wore the eyepatch while filming several pre-taped segments back in September.

“Something got in there, maybe cut it, did something. It got infected. It looked like Hitch, you know that movie?” she told NBC Los Angeles, referring to the Will Smith comedy.

The "Stronger" singer explained then that some of the show's episodes are not airing consecutively, so fans may see her wearing the eye patch again in later episodes.

“We did six shows total because we did two shows a day. Three days I had to wear a patch. Those are not consecutive, man," Clarkson said. "I’m gonna randomly be wearing a patch, like on a random Tuesday and people are going to be like, ‘She needs to figure out her eye situation.'”