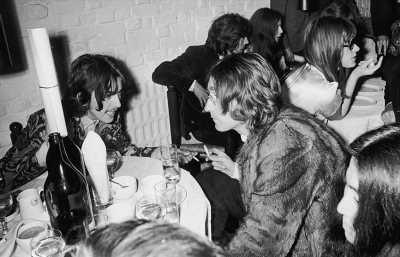 As The Beatles began experimenting with drugs in the second half of the 1960s, John Lennon and George Harrison formed a closer bond than they’d had in the past. They were both open to trying LSD, and you can hear the impact of the psychedelic drug on their music of the period.

By the time Yoko Ono entered the picture and recording for The White Album began in ’68, they had drifted apart considerably. On top of the strain Yoko’s presence had on relationships between the band members, George resented John’s lack of respect for his improving songwriting abilities.

The following January (’69), the tensions led to what producer George Martin described as a fistfight between John and George during the Let It Be sessions. However, by early 1970, they had joined Ringo in an alliance against Paul McCartney.

After the Beatles breakup, John and George remained friends and recorded together on John’s Imagine album. But their friendship fell apart as the ’70s dragged on. When John died, the two old friends from Liverpool were on bad terms.

George’s semi-snub of Yoko for the Bangladesh benefit angered John. 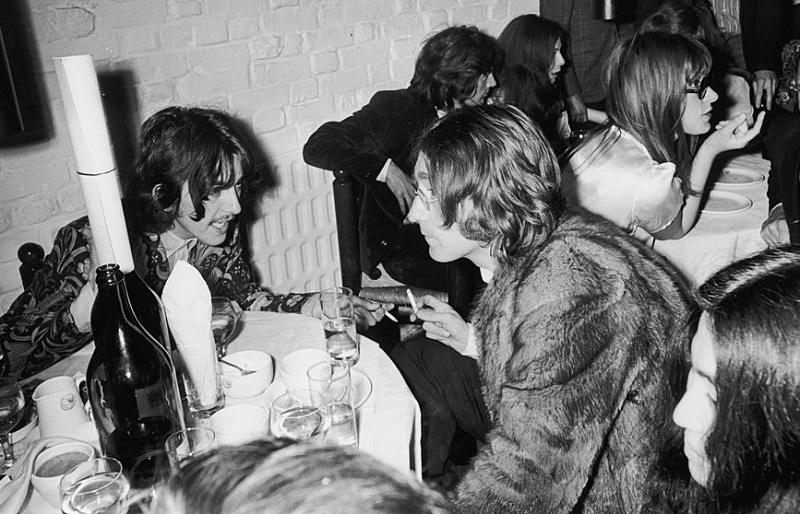 When George put together the Concert for Bangla Desh in the summer of 1971, John was among those George hoped would play at the benefit. (Bob Dylan and Eric Clapton also ranked high on the list.) However, George reportedly did not want Yoko to play the show.

There are varying accounts of why she didn’t play, but some described George as not wanting any avant-garde music. John and Yoko later offered different versions of the story, but the bottom line is the couple did not play the benefit.

To George, you could see how he’d consider it a bit of a snub, considering he’d just played on John’s Imagine album, which included the takedown of Paul on “How Do You Sleep?” Obviously, John also had the right to think George snubbed him for excluding his wife.

Either way, this event marked a turn for the worse in the old bandmates’ friendship. Years later, John still harbored resentment about it. But John became even more offended when George didn’t mention him in his book.

John felt deeply offended by not being included in George’s book. 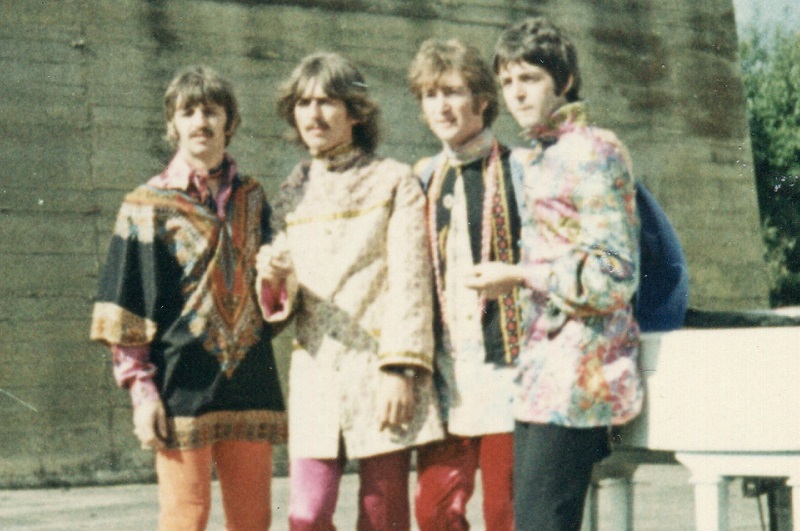 Shortly after George published his book I Me Mine, John sat for the lengthy Playboy interviews that became All We Are Saying. During those interviews, John spoke at length at how offended he was that George failed to mention him in the book.

“By glaring omission in the book, my influence on his life is absolutely zilch and nil,” John said. “In his book, which is purportedly this clarity of vision of each song he wrote and its influences, he remembers every two-bit sax player or guitarist he met in subsequent years. I’m not in the book.”

John didn’t stop there. He described their early relationship as one of leader (John) and disciple (George). John even compared George to the fans that hung around his New York apartment building hoping to make contact with him and Yoko.

Considering George didn’t write much about the other Beatles (or anything else) in I Me Mine, you could argue John took it too personally. Nonetheless, that how he reacted to the book, and he took several other shots at George because of it.

When he was murdered late in 1980, John hadn’t reconciled with George. But George’s tribute song “All Those Years Ago” answered questions about how he felt when it came down to it. “You were the one who imagined it all,” George sang. “All those years ago.”