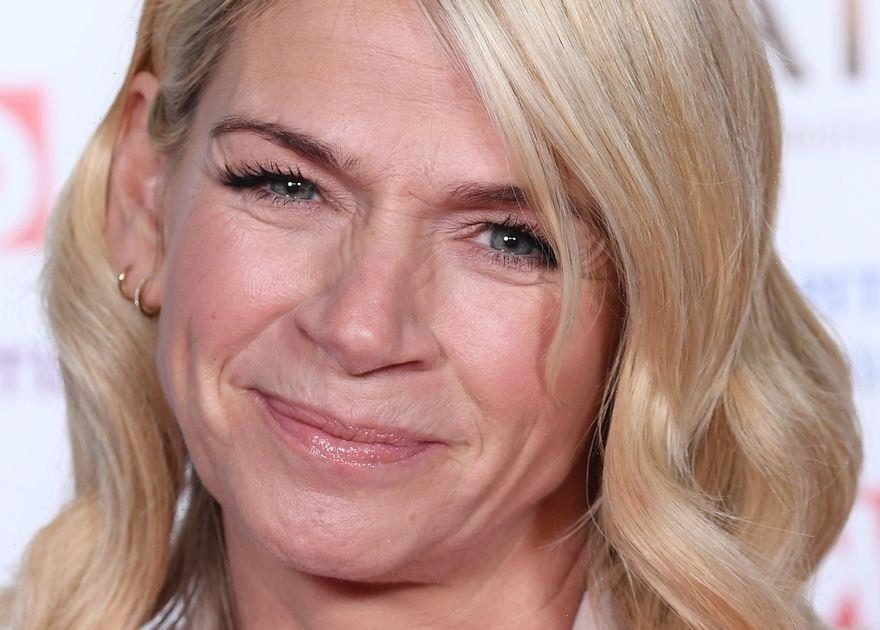 Zoe Ball's latest guest on her BBC Radio 2 Breakfast show was Gabby Logan, who appeared on the programme to discuss the BBC Sports Personality of the Year awards.

The 51-year-old star became emotional when explaining how former SPoTY winner Doddie Weir's campaign on finding a cure for Motor Neurone Disease was close to her heart.

Zoe explained that the ex-rugby union star had raised over £1 million for Doddie Aid, founded by Rob Wainwright.

"Hopefully one day we will find a cure," she said, before adding:

"It's a real special day in my family today. We lost our stepdad Rick to Motor Neurone Disease on this day, quite a few years back now."

As Gabby said how sorry she was for Zoe's loss, the presenter replied: "It's one of those days where you just think about them.

"We think about him every day, so obviously this is something pretty close to my heart."

Zoe's parents Johnny and Julia split when she was a toddler and her mum later remarried.

Johnny became a regular fixture on children's television from the mid 1970s and throughout the 1980s.

He presented several series of popular science and technology programmes such as Think of a Number and Johnny Ball Reveals All.

On a happier note, Zoe and her ex-husband, DJ Norman Cook, 58, – aka Fatboy Slim – have just celebrated the 21st birthday of their soon Woody.

Zoe took to Instagram to post photos of Woody as a newborn, toddler and with his younger sister Nelly, 11.

She also posted snaps of Woody with his new girlfriend Nell Williams.

Woody recently told Attitude Magazine about his mum's reaction to his bisexuality.

"She said, 'Isn't bi just gay people before they know they're gay? I don't know any bisexuals.'

"I pointed out that some of our family friends were probably bisexual, which she didn't really think about before."