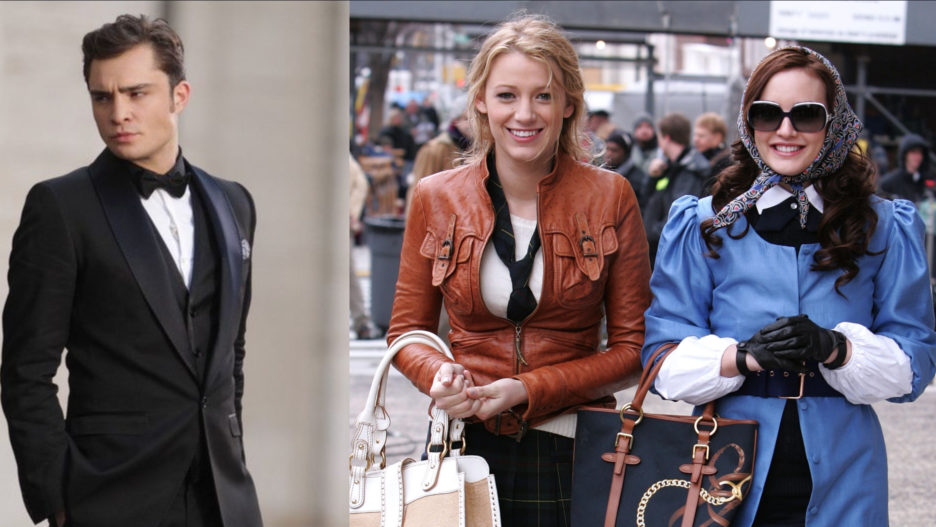 As HBO Max gears up for the “Gossip Girl” reboot premiering on July 8, we’re just hoping the new iteration doesn’t recreate the original show’s most problematic moments — most of which involved vicious sabotage and illegal affairs. Here, look back on 10 of the wildest moments from the teen drama, ranked from least to most toxic.

1. Blair and Serena push each other into a fountain, a cake and so on…

If there was one constant of Blair and Serena’s toxic friendship, it was their penchant for pushing each other after verbal insults weren’t enough. First Serena angrily pushed Blair into a cake, then Blair retaliated by shoving Serena into a fountain. Only fair, right?

As if it wasn’t bad enough that Blair sabotaged Nelly Yuki’s SAT score to ensure her own admission into Yale, she also ruined Jenny’s chances at getting into Parsons by painting the word “whore” on the aspiring designer’s dresses.

Bonus: That time Blair prompted Serena to share her trauma to the college admissions officers at Yale. Sensing a pattern here?

Poor Dan was always an outsider to Blair, Chuck and the rest of the gang — mostly due to the fact that he lived in Brooklyn. That classism was a barrier Dan could never overcome, even after publishing an award-winning novel and dating Serena for years. Even in the series finale, Blair confirmed that Dan will never be “one of them.”

Throughout the series, Serena and Blair were consistently slut-shamed for their romantic choices — both real and rumored. And while the young women faced the wrath of Gossip Girl, the men in the series got off scot-free for their own romantic indiscretions. Shocker!

5. Chuck trades Blair for a hotel

Chuck and Blair’s relationship was prone to very high highs and very low lows — like when Chuck traded Blair for his hotel to his uncle Jack. While this move was pretty slimy on Jack’s part, Chuck was even worse for manipulating his girlfriend into sleeping with his uncle.

No one batted an eye when Nate dated Sage, a high schooler, when he was well out of college. Serena even got upset with her boyfriend, Sage’s father, when he punched Nate after hearing about their relationship.

An especially creepy moment occurred when Nate and Sage kissed with Chuck in the room and Sage said, “I don’t care if you watch.” Yikes.

7. Dan and Serena date their teachers

While the teens often had affairs with adults during the series, the most egregious were the teacher-student romances — a plot that was recycled again and again on “Gossip Girl.”

8. Serena records a revenge sex tape with Dan — without his consent

Serena revisited her greatest betrayal to Blair — sleeping with her boyfriend on a bar — in somewhat poetic fashion when she seduced Dan (who was dating Blair at the time) at the Shepherd divorce party. Serena took her revenge to the next level when she recorded Dan without his consent, crossing the line into straight-up illegal territory.

9. Chuck assaults both Jenny and Serena

While Chuck’s storyline clearly shifted from the initial pilot episode, in which he managed to assault both Jenny and Serena, it’s pretty impossible to move past this one. Even worse, Chuck faced zero consequences for his actions and maintained his social status with his friends.

This outrageous storyline followed Juliet as she avenged her brother’s wrongful imprisonment by sabotaging every part of Serena’s life. It went a bit too far when Juliet drugged Serena and published photos of a Serena lookalike doing drugs.