In the first of a dozen or so interviews running throughout “11 Minutes,” radio host Storme Warren chokes up trying to explain his role following the 2017 mass shooting in Las Vegas, Nevada. Warren, a popular country DJ, was onstage during the Route 91 Harvest music festival, where 58 people were killed and 869 more were injured in what became the deadliest mass shooting in American history. Warren escaped unhurt, but not unscathed.

“There’s a very heavy weight that goes with being the storyteller,” he says, his voice catching in his throat. “A lot of responsibility to tell it the right way.” It’s been five years since the October 1 tragedy, and beyond living with the heartbreaking memories, Warren is trying to find a positive, meaningful lesson within them.

“Instead of trying to forget it, let’s make sure something good comes from this,” he says, shortly before the title card, “11 Minutes,” appears onscreen.

Director and executive producer Jeff Zimbalist’s documentary sporadically and unsuccessfully attempts the same. Told over four gut-wrenching hours, the Paramount+ series sticks to two primary frameworks: first-person footage from the shooting itself (recordings from bystander’s cell phones, police officers’ body cams, security cameras, etc.) and new interviews with the victims, law enforcement agents, paramedics, and parents. Using their recollections of the traumatizing event as narration over turbulent, grainy shots of the night’s chaos, “11 Minutes” is undeniably horrific. The fear, either captured on the five-year-old faces of frightened concertgoers or heard in the voices of those remembering their shared experience, is palpable, unnerving, and deeply, deeply disturbing.

It’s also all there is to this ill-conceived documentary. Zimbalist meticulously reconstructs everything from the initial confusion over those early gunshots (witnesses thought they were fireworks or feedback from the stage) through the cops’ floor-by-floor, room-by-room search for the shooter within Mandalay Bay. A ticking clock pops up to remind viewers how little time has passed, despite so much going on — stretching the 11 minutes of gunfire into nearly two hours of stories. The first few episodes hold you prisoner, along with the concertgoers, during an active shooting. The third is mostly about the cops finding the killer, and the fourth largely catches up with the attendees’ current lives.

But by the time all four agonizing hours are over, it’s unclear what or who the vicarious suffering is for. Festival-goers and rescue workers have their own ways of coping. Not enough participate in the documentary to give the impression being interviewed was therapeutic (or even appealing). As for the uninvolved, stories have been written, news reports given, and studies undertaken to better understand what happened. “11 Minutes” doesn’t break any news, unless you consider an extended interview with Jason Aldean, who was singing onstage when the shots broke out, to be “news.” It mines painful memories, in the hopes to inspire… what exactly?

It’s certainly not real-world action. Any discussion of gun control is limited to a five-minute section in the final episode that makes sure to include broad talking points for both sides. A victim’s parents mention how they were moved to fight for stricter gun regulation, and a SWAT officer counters, albeit in unconvincing fashion. “Those instruments are not the cause of why people snap,” he says, before adding the mind-boggling kicker: “[Mass shootings are] gonna continue until society behaves.”

Similar platitudes are offered up as “11 Minutes” struggles to reach a conclusion by focusing on survivors who bonded together through trauma and heroes reconnecting with the people whose lives they saved. Perhaps some will be inspired by an off-duty cop who refused to leave a country music fan behind, or a Las Vegas detective who saved a fellow officer’s life after he was shot on his first day of service. But those stories have already been told elsewhere, and they pale in comparison to the absolute horrors dominating the rest of the docuseries.

“11 Minutes” attempts to leave audiences with a constructive takeaway. Zimbalist pointedly refuses to mention the shooter’s name, including experts’ explanations that doing so only motivates further attention-seeking murderers to rack up higher and higher body counts. There’s also an admirable follow-through with most of the interviewed victims, as we see them gathering to talk, remember, and heal. Yet the docuseries isn’t focused enough to provide a definitive impression beyond fear. “Just imagine this could happen to you,” one of the victim’s parents says. “What do you want to do about it?” — a question to which “11 Minutes” offers no guidance. 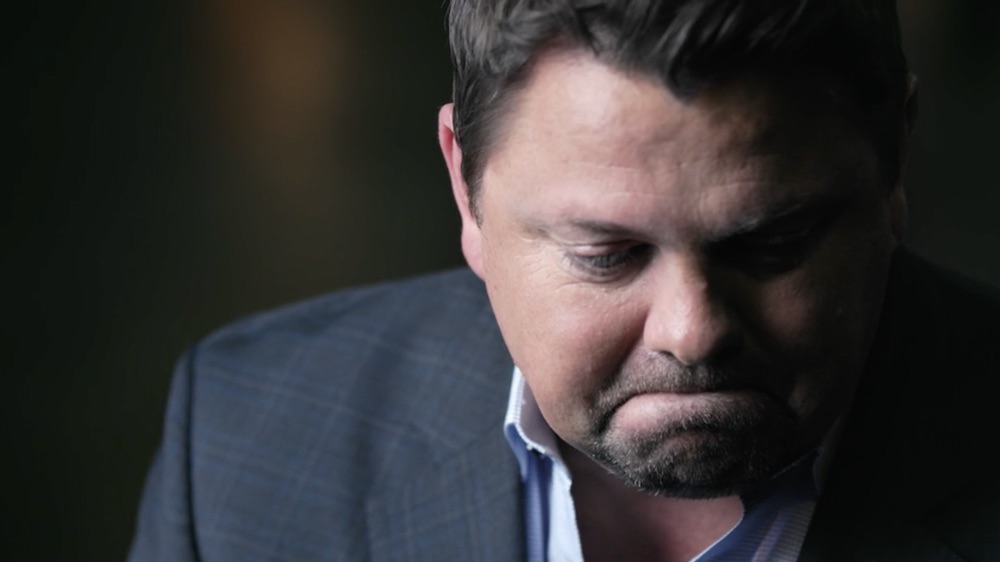 Warren, for his part, tries to find the silver lining. “I’m not looking at what this guy did,” he says. “I’m looking at what the hundreds of heroes did that night — people risking their lives for other people.” For Warren, that is good — a valuable mentality for the visibly affected survivor to try to build from as he moves forward with a life he’s clearly grateful to live. Other subjects feel the same way, often buoyed by the men and women who worked to save them, but any faith in our fellow man is overrun by two key aspects of the docuseries: First, there’s the overwhelming depiction of the shooter’s devastating actions. “11 Minutes” is painful to experience, and purposefully so. No one will want to find themselves in a similar situation as what happened in Vegas, and with a stronger framework, such fear-mongering could have stirred viewers toward solution-based thinking. Even now, there’s a chance some walk away feeling more compassionate than panic-stricken… unless they remember one brief snippet from an earlier episode.

As Jonathan Smith, a Black country fan from South Central L.A., describes the immediate aftermath of getting shot, he remembers walking up to a car and begging the driver to take him to a hospital. Rather than do the bare minimum and help, the couple inside “rolled up their windows and left,” he says. Looking right at a man with a bullet wound in his neck — a man who, earlier in the episode, had described overt discrimination from white crowd members, after already feeling ostracized from a predominantly white country fanbase — these people ignored him and fled.

For all the heroes properly distinguished, “11 Minutes” accidentally acknowledges the many villains hiding in plain sight. It’s so determined to tell a politically neutral version of events, it loses any discernible conviction. There’s no anger here, nor measured intent. You can glean whatever lessons you want, and it’s hard to imagine any taking the form of “something good.”