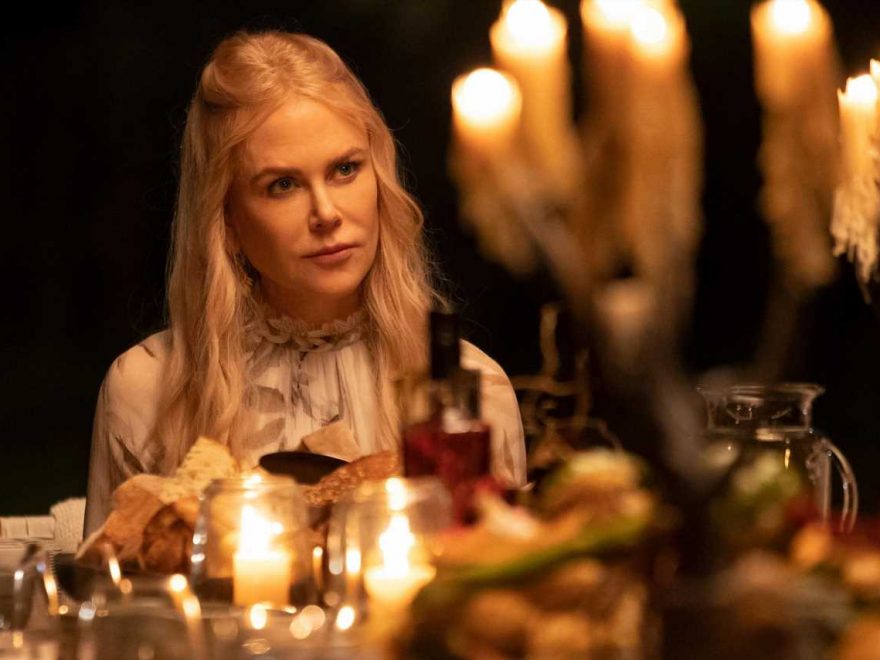 After a year with a weird lack of things to watch on top of *vague gesture* everything else, TV is finally back! I could not be more excited for what’s going to happen when the temperatures start dropping. Fall TV is kind of like The Bachelor, right? (Is The Bachelor over? Can we still talk about it? IDK.) All the networks are putting their best content forward in a big competition to woo an audience. While you’re holding out for the return of shows like Succession, Bridgerton, and Stranger Things—trust me, I am too—here are the new fall TV shows that will fill that void and maybe become your new besties.

There are a couple of Marvel shows coming and at least one Star Wars show besides the Continuing Adventures of Baby Yoda, The Mandalorian. Such is life. But there are also some cool-looking original shows and adaptations from less likely sources. Start putting together your calendar now.

If schools start their fall semester in August, I’m gonna count August shows as fall shows. Everybody good with that? This series is from Taika Waititi, your favorite filmmaker who got photographed smooching Rita Ora and Tessa Thompson on a balcony this summer. The comedy series is about indigenous teenagers in rural Oklahoma, though, so pretty different.

Two brothers work out their drama in the wrestling ring? I’m interested.

Big Little Lies extended universe, this one’s for you. Nicole Kidman and her wigs will never leave us, bless.

This one is from the guys who made Game of Thrones, so I’m… morbidly curious to see what they have up their sleeves. At least I won’t have to watch a dragon die… right?

Ryan Murphy takes on the Clinton-Lewinsky scandal. What could go wrong? Sarah Paulson is there, obviously, as well as Beanie Feldstein, Clive Owen, Margo Martindale, Annaleigh Ashford, Betty Gilpin, Edie Falco, Colin Hanks, and Billy Eichner. Welcome to the ’90s… the shoulder pad budget on this one must have been massive.

This new series is based on a graphic novel, but not the kind with capes, and about a world in which all cis males except one have vanished. Okay, bye!

Reboot alert! The new take on the classic series stars Elisha “EJ” Williams as a Black kid growing up in Alabama in the ’60s with his middle-class parents, played by Dulé Hill (Psych, The West Wing) and Saycon Sengbloh (In The Dark, Scandal).

Just in time for spooky season, this show is about a couple who inherits a haunted house. But the ghosts are, like, fun.

This show looks like it has a similar premise to Girls5eva (it’s also about a girl group that gets back together after many years apart) but is a little more dramatic and grounded. Nobody said there can only be one, so bring it on.

The Book of Boba Fett

The newest Star Wars series is all about the legend himself, Boba Fett, who you probably recognize better as an action figure than an actual film character. The series also stars Ming-Na Wen (Agents of S.H.I.E.L.D.) who was the original voice of Mulan, so I kind of have no choice but to stan.

The latest show from Mike Flanagan—the guy who brought you The Haunting of Hill House and Bly Manor—does not have a release date yet but it can’t come soon enough. I’d suggest doing a prayer circle or summoning ritual but I’m a little too scared.

This show from Downton Abbey creator Julian Fellowes has been allegedly coming to HBO for Tony Soprano knows how long. Maybe it will finally be released this fall. Maybe it never existed in the first place.

If you’ve only seen Marvel movies (which is valid, you’re beautiful and I love you) you might be like whyyyyy are we doing a show about the guy the other Avengers make fun of? Guess we’ll find out! The show also stars Hailee Steinfeld as a Marvel character named Kate Bishop, who is basically like a superhero version of Blair Waldorf. Tempting, right?

The other new MCU show coming to Disney+ is not centered on a character from the movies, but a new girl named Kamala Khan, a Muslim Pakistani-American teenager who is a Marvel fan in the Marvel world. Like… she writes and reads fanfiction about the Avengers the way we do with One Direction. How cute is that?!