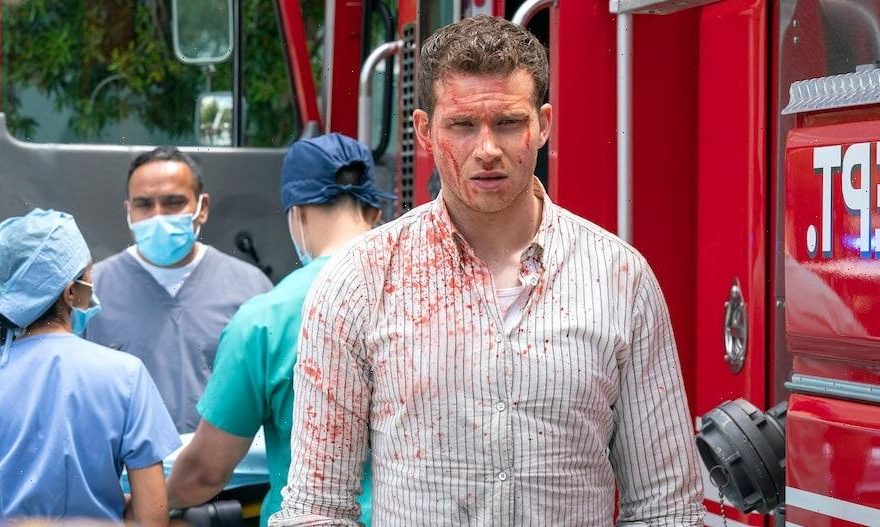 Plus: Showrunner Tim Minear tells TheWrap what’s in store for Maddie and Chimney in Season 5 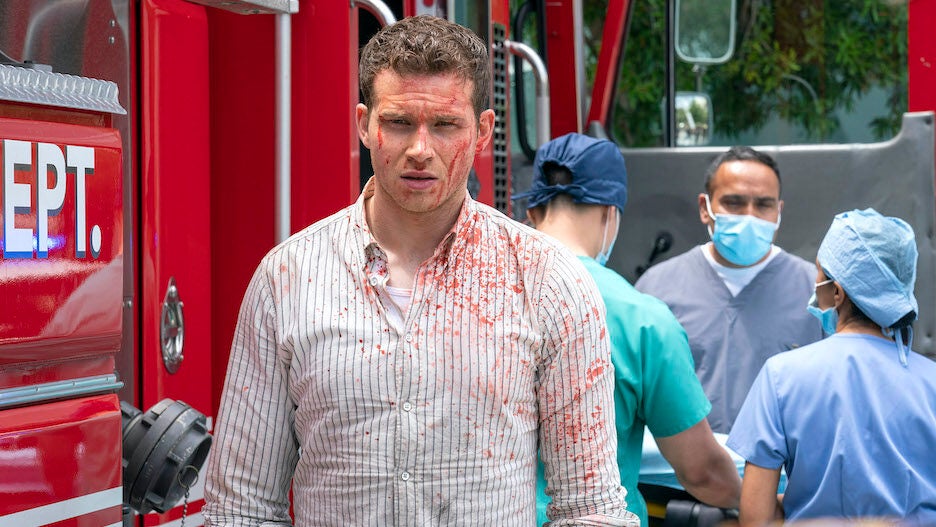 The fourth season of Fox’s first-responder drama “9-1-1” came to a close Monday with an episode that started off with Buck (Oliver Stark) spattered in his best friend, Eddie’s (Ryan Guzman), blood and ended with him being told that he would be the one to receive custody of Eddie’s son, Christopher (Gavin McHugh), if Eddie dies. Luckily, Eddie did not die and was actually the one to deliver this news to Buck in an emotionally supportive way just when he needed it most, rather than the devastating announcement that would have come if Eddie had not pulled through from that sniper’s attack.

And even after an entire finale that saw Buck taking care of Eddie’s son while he was in a coma, Buck was completely shocked to find that Eddie thinks he’s the perfect person to raise his son if he’s not around.

“I think it’s a circumstance of, it’s always easier to see that from the outside looking in. And perhaps from Buck’s perspective, there’s a small part of him that still sees, as he said in this after the tsunami, that he didn’t save him, he, in fact, lost him,” Stark told TheWrap. “So he still has that slight guilt over everything that happened. And I think he has never been the sole carer of anyone. He has grown up in a bit of a weird family dynamic, as we learned earlier in the season. So I think it’s just inherent distrust of himself in that moment. And I think we’ve seen over the years that whenever that does come up, he has the 118, and particularly Eddie, to kind of instill that confidence in him and tell him that he is enough and he can do this.”

But Buck really is wonderful with Christopher, and it makes complete sense that Eddie wouldn’t have him go to anyone else — and would, in fact, have already made that choice long before telling Buck, according to “9-1-1” showrunner Tim Minear.

“As we were working on the scene, I just thought, well, I think Eddie has already done this. Like, I think instead of him just saying, ‘Let’s go to my attorney’ or something, I thought the more interesting way to do it would be if Eddie had done it after his misadventure in that mineshaft last year,” Minear told TheWrap. “Because if you think back to like the tsunami, he tells, Buck, ‘There’s nobody I feel more comfortable leaving my son with than you, or that I trust with my kid more than you.’ So I think that’s something that had gone back a couple of seasons.”

“And so it’s not so much that he’s decided to name Buck as Christopher’s caretaker, it’s that he’s decided to let Buck know that that’s a decision that he had already made. Like he’s not planning on dying. He’s not planning on not being there to raise his son,” Minear continued. “But he was confident enough in his choice of a guardian that he didn’t feel like he needed to tell Buck about it because, you know, that’s a contingency plan. So the reason he’s coming back now is not because he needs Buck to agree to it, because he knows he doesn’t need Buck to agree to it, he’s going to agree to it. He’s telling Buck now because Buck needs to hear it. Buck needs to know that he is essential and not expendable, which is how he’s been acting the whole episode.”

Eddie shares this news with Buck specifically so that he knows he’s not expendable, and really hears it, even though we’re not sure he’s totally believing it just yet — even though Stark says Buck is “on the right path.”

“We haven’t seen him speak about it for a little while, but he’s in therapy,” Stark says. “He obviously has, as we saw in the ‘Buck Begins’ episode, a lot of really deep rooted trauma there. So it’s not something that is going away overnight, but it is through those close relationships and that kind of connection that he has with Eddie that I think he can find an escape from those thoughts that are just holding him back more than anything. And so I think it’s important and a great sign of their relationship and their connection that they can speak that openly and be that vulnerable around each other, which is something that I think you don’t always see, two young men having those kind of conversations with each other and saying, ‘Hey, listen, you matter. And it’s important to us that you’re here.’ So I really loved the opportunity to get to play those scenes.” 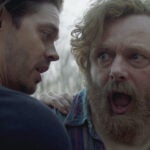 Buck’s relationship with Christopher isn’t just an extension of his deep friendship with Eddie, but his own innate need to care for a child he loves in the most empathetic way due to how he was raised.

“I think it’s something that we often see in life, where if somebody grows up without something, when it comes to perhaps their kids or kids who are under their care, that they want to give them what they didn’t have,” Stark says. “So I think Buck is so intent on, especially with Christopher having lost his mother, providing that love and that care and some semblance of family structure, because he knows what it’s like to grow up without it. So absolutely, I think that’s a huge driving force for the effort that he puts into that relationship. And it’s something that we see with Christopher and something that I don’t know, but I would expect to see next season with Maddie’s baby, as well, because I think he he understands the importance of parental love, in its simplest form. Because it’s something that he always struggled with.”

Speaking of Maddie (Jennifer Love Hewitt) and Chimney’s (Kenneth Choi) baby girl, Jee, Minear says that Maddie’s postpartum depression, which was just revealed in tonight’s finale, is going to be a major plot point in this fall’s Season 5.

“I thought that postpartum depression was important. It was something I didn’t want to ignore. It is a way, with somebody like [Jennifer Love Hewitt] who’s such an empathetic kind of performer, that she can really help put these kind of stories over for the audience in a way that doesn’t feel exploitative and it feels very relatable,” Minear said. “So it was a way for us to complicate their relationship. And we’re not just going to glance at it. We’re going to try address it in such a way that it’s going to complicate the show going forward at the beginning of Season 5. It’s not just going to go away, let’s put it that way.”

Oh, for those of you there for Buck and Taylor (Megan West) news, Stark says he has no idea where those two crazy kids are going in Season 5 — but he can’t wait to find out.

“They are, but I feel like they kind of bring the fun out of each other. And as I say, sometimes I think that is somewhat chaotic. But I feel like Buck loosens Taylor up a little bit, and Taylor makes Buck think a little bit more seriously about things. So, actually, I think there’s quite a nice equilibrium struck between the two of them. I don’t know anything about Season 5. I don’t I don’t know where that’s headed. All I do know is that, from my point of view, Megan West, who plays Taylor is such a delight to work with. And I think beyond even just the Buck and Taylor relationship, I think for the dynamic of the show, having this reporter and giving us the kind of storytelling perspective of the media I think is a really good thing for the show. And it just expands that universe a little bit more. So I certainly hope to see her stick around.”