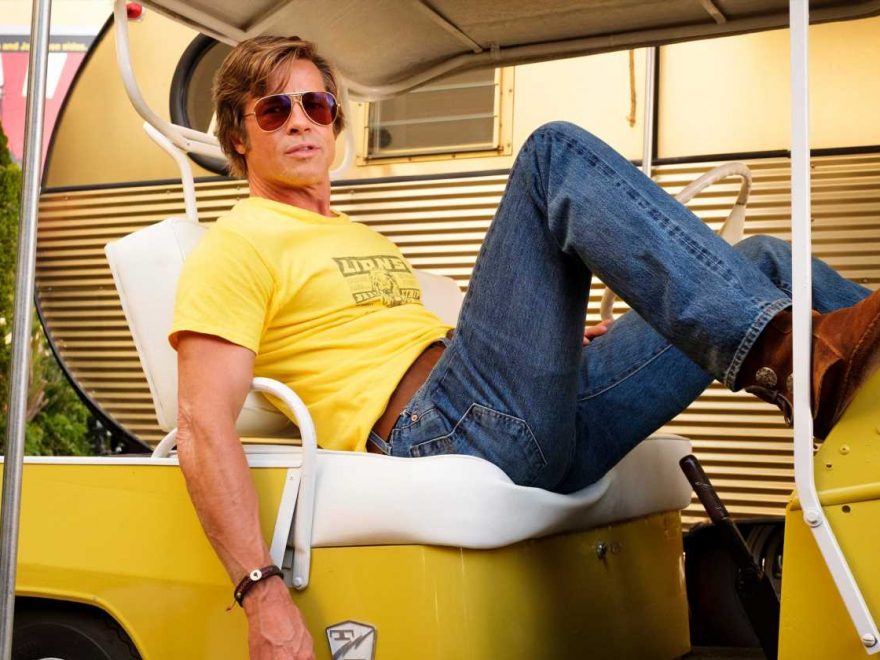 2002 was a pretty much a wash with that Lynyrd Skynyrd beard. The infamous Billy Idol bleached ‘do. Ouch. His recent movie roles in “War Machine” and “The Big Short”? Noble parts, but lacking maximum Pitt.

Those days are over with Pitt’s glorious appearance in Quentin Tarantino’s “Once Upon A Time in Hollywood.”

His portrayal of out-of-work stuntman Cliff Booth completes a supremely satisfying return to the kind of hotness quotient the star proffered via hat tip in “Legends of the Fall.”

Let’s break this down, shall we?

Was Bruce Lee that cocky? We fact-check Quentin Tarantino’s ‘Once Upon A Time in Hollywood’

Brad Pitt has that head of hair all men wish for

Cliff Booth (Brad Pitt) is a cool customer in Quentin Tarantino's "Once Upon A Time in Hollywood." (Photo: ANDREW COOPER)

Who blessed this man with hair this lustrous and thick at age 55? In the film, Pitt’s Cliff rocks a caramel, shaggy mane that looks ready to careen straight into the ’70s. And still, the star is not above a joke at his own expense. In his fight scene with Bruce Lee (played by Mike Moh), a tuxedoe’d Pitt cheekily removes his oh-so-Hollywood hairpiece before duking it out with the martial arts master.

Not happy: Bruce Lee’s daughter slams dad’s ‘caricature’ portrayal in ‘Once Upon A Time’

He unveils that epic six-pack

Theater audiences have been applauding (and swooning) during the delicious and drawn-out scene where Pitt’s Cliff takes his shirt off (naturally) to fix a TV antenna on buddy Rick Dalton’s (Leonardo DiCaprio) roof. The six-pack revelation is stellar, and entirely reminiscent of the first time a shirtless Pitt stole our hearts as the kindest, hunkiest convenience store robber opposite Geena Davis nearly three decades ago in “Thelma & Louise.”

‘Once Upon A Time in Hollywood’: Everything you should know about Sharon Tate

Pitt doesn’t submit to such beefcake moments often, preferring to hide behind annoying shirts or highlighting less-than-savory moments (like his bloody “Fight Club” battle). He hasn’t lost an ab to time and this indulgent footage should just about get us through the next 30 years.

Those dog moments are so precious

Watching Cliff doggedly have Rick’s back is heaven. But the scenes with his adorable pit bull Brandy are simply too much to bear: Cliff’s moments of reflection pondering which flavor of canned dog food to feed his pooch, the stern warning over Brandy’s pre-bowl manners. And just when you’re hitting cuteness overload, you learn Pitt sent a heart-melting photo to dog actor Sayuri’s owners, featuring the star frolicking with the pup.