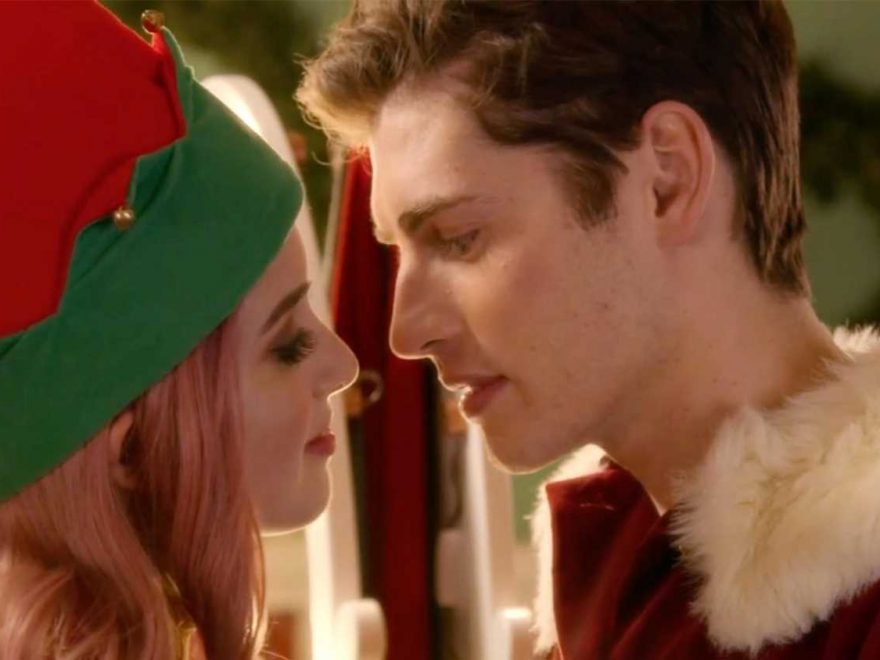 We always knew there was something special between Santa and his elves — or at least there is in A Cinderella Story: Christmas Wish, the latest take on the Cinderella Story franchise from Warner Bros. Home Entertainment.

Laura Marano (Disney’s Austin and Ally) stars as Kat Decker, a young woman who dreams of becoming a singer/songwriter, but for now is paying her dues as a singing elf at a place called Santaland. The film transforms Cinderella into a contemporary holiday-fueled musical, as Kat struggles to achieve her dreams, but is stifled by her cruel stepfamily.

Things start to look up for Kat when she falls for Nick (Gregg Sulkin), the handsome new Santa at the tree lot, but her family threatens to derail her happiness once they realize she’s been invited to the event of the season, the Wintergarden Christmas Gala. With a pinch of holiday magic and some good friends, Kat might actually make it to the gala — and learn Nick’s true identity.

The trailer, which EW exclusively debuts above, showcases Kat as she struggles against her stepfamily and the first sparks of romance between her and Nick (ironically while she’s in full elf garb). One Day at a Time‘s Isabella Gomez costars as Kat’s trusty best friend Isla. Barclay Hope, Johannah Newmarch, Deirdra Decker, Lillian Doucet-Roche, and Chanelle Peloso also feature.

As evidenced by the trailer, the film features all the things we love in a Cinderella re-telling — cruelty and cattiness from the evil stepmother and stepsisters; a winning heroine with big dreams; ball gowns; and romance — all with an extra sprinkling of holiday cheer. A Cinderella Story: Christmas Wish is the fifth installment in the A Cinderella Story series, but the first to introduce a Christmas element.

The series began with A Cinderella Story starring Hilary Duff and Chad Michael Murray, and has since gone on to feature a wide range of female stars, including Selena Gomez (Another Cinderella Story), Lucy Hale (A Cinderella Story: Once Upon a Song), and Sofia Carson (A Cinderella Story: If the Shoe Fits). Michelle Johnston takes the directorial reins, having choreographed the first four entries in the franchise and served as a producer on the last three.

Watch the trailer above for more. The movie will be released this fall.