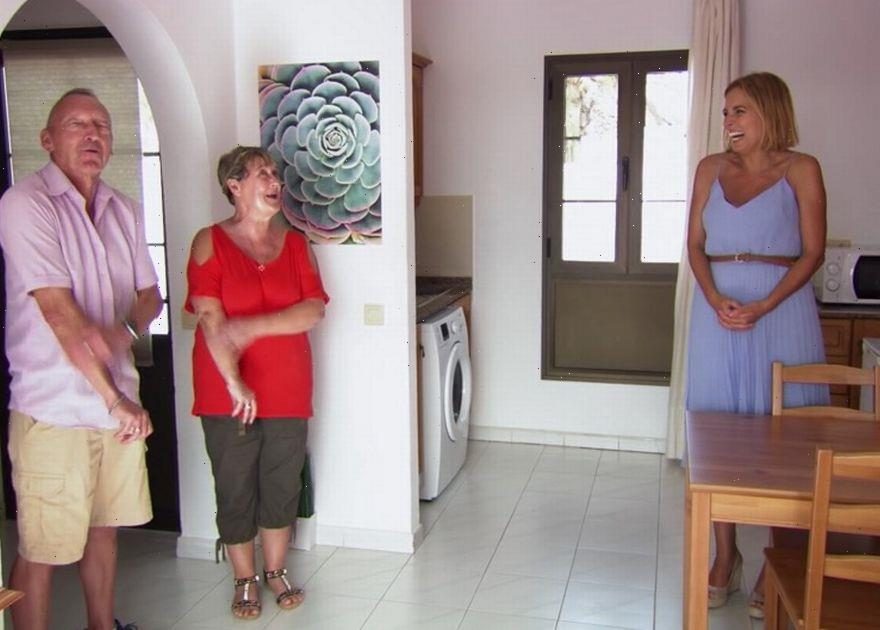 A Place in the Sun property expert Jasmine Harman was in the Spanish resort of Costa de Antigua in Fuerteventura trying to find a holiday home for Debbie and Steve.

In Tuesday's episode of the Channel 4 show (May 18) Jasmine had a tight budget of just £70,000 to work with but the couple said they were happy to live in a one-bedroom apartment with a communal swimming pool.

Debbie and Steve, from Bolton, told Jasmine they have been married for more than 40 years and recently downsized – meaning they had extra cash to find a sunny home-from-home where their grandchildren could stay.

The pair appeared to be besotted with almost every apartment Jasmine took them around and karaoke DJ Steve kept saying he was getting "chills" and rubbing his arms whenever he saw a place he liked.

Jasmine was pleased with her early success but decided to up the stakes with a bungalow on the market for just over £80,000 as her third property.

The property had a lot more character than the previous apartments and its own outside terrace next to the swimming pool and Steve said it "feels like home".

Rubbing his arms furiously, he said: "The excitement is kicking in again."

Debbie then starts rubbing herself too as they stand in the living room and look around at the inviting and sunny space.

"You're both starting to get a bit twitchy, aren't you!" Jasmine exclaims.

Steve says: "This is amazing. It's homely."

"It's more space, isn't it?" says Debbie, stretching out her arms.

People watching at home couldn't help but notice Steve's interesting quirk and commented about it on Twitter.

One person wrote: "I do like this and think he's coming down with something he's always got the chills #APlaceInTheSun."

Posting a clip from Grease, another user joked: "Steve got chills, they’re multiplying."

A third viewer quipped: "If he carries on scratching he’ll lose all seven layers of skin!!! #aplaceinthesun."

While Debbie was absolutely smitten with the bungalow, Steve needed more convincing because it was out of their budget.

His preference was for property number five which appeared to be on a more built-up development but had two bedrooms – perfect for when the family stayed over.

Ultimately they couldn't decide and Jasmine told viewers the couple's hunt for the perfect place continued.