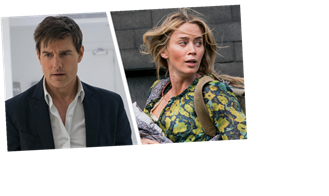 We’ve waited long enough to see A Quiet Place Part II and Mission: Impossible 7 — both have been delayed due to the pandemic, with the former postponed more than a year from its original release date — so Paramount+ is making sure you don’t have to wait too much longer, should you not be able to see either movie in theaters.

On Thursday, ViacomCBS announced that select Paramount Pictures films, including the Quiet Place sequel, latest M:I installment and Paw Patrol: The Movie, will arrive on the streamer 30-45 days after they’re released in theaters.

(This marks a departure from HBO Max’s current release strategy, which is to simultaneously release Warner Bros. 2021 films in theaters and on the streaming platform.)

Next year will also see titles like Top Gun: Maverick, Sonic the Hedgehog 2 and Scream streaming on Paramount+. ViacomCBS also announced that MGM releases like No Time to Die and Creed III will stream on Paramount+ “shorty” after their respective theatrical releases and an exclusive EPIX window.

Paramount+ launches on March 4, while A Quiet Place Part II is currently slated to open in theaters on Sept. 17 and Mission: Impossible 7 is dated for Nov. 17.

ET and Paramount+ are both subsidiaries of ViacomCBS.