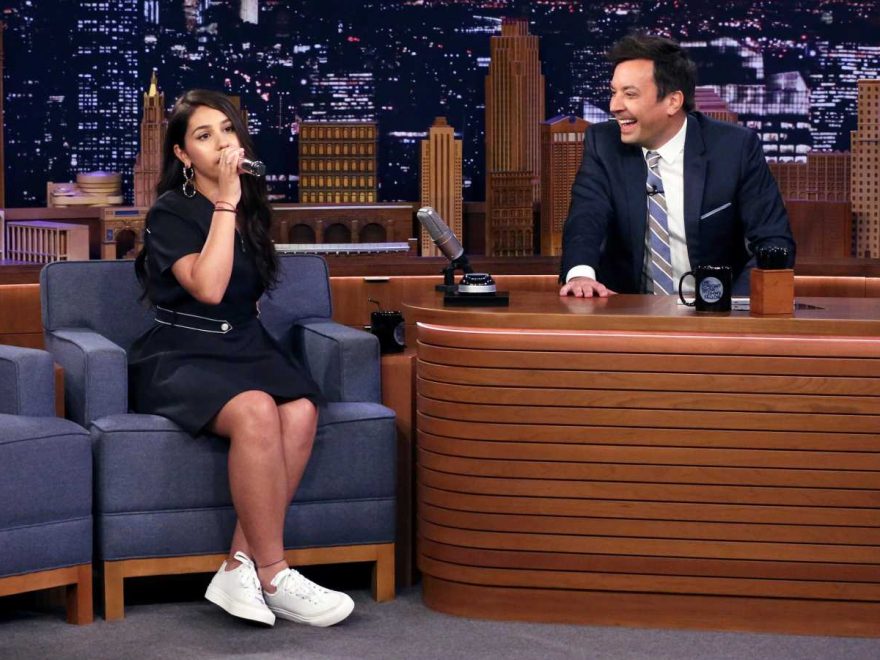 Ariana Grande is still the reigning queen of musical impressions. It is known. But Alessia Cara is the princess.

The “Stay” and “Scars to Your Beautiful” pop singer took on Jimmy Fallon’s Wheel of Musical Impressions challenge on The Tonight Show Wednesday evening. There she channeled Amy Winehouse in a rendition of “Old MacDonald Had a Farm” and, later, Alanis Morissette for “Hush, Little Baby.”

“Old MacDonald” was more in the rhythm of Winehouse’s “Rehab” and “Hush” was more “Hand In My Pocket,” but the timbre of their voices was spot on. Fallon was giggling the entire time as he listened, though it’s not difficult to crack up Fallon.

Cara, who also hit a Billie Eilish-inspired “Pop Goes the Weasel,” joins Grande, Christina Aguilera, and Jamie Foxx as a champ of Wheel of Impressions, which NBC is now developing into a new show because people apparently can’t get enough of this.