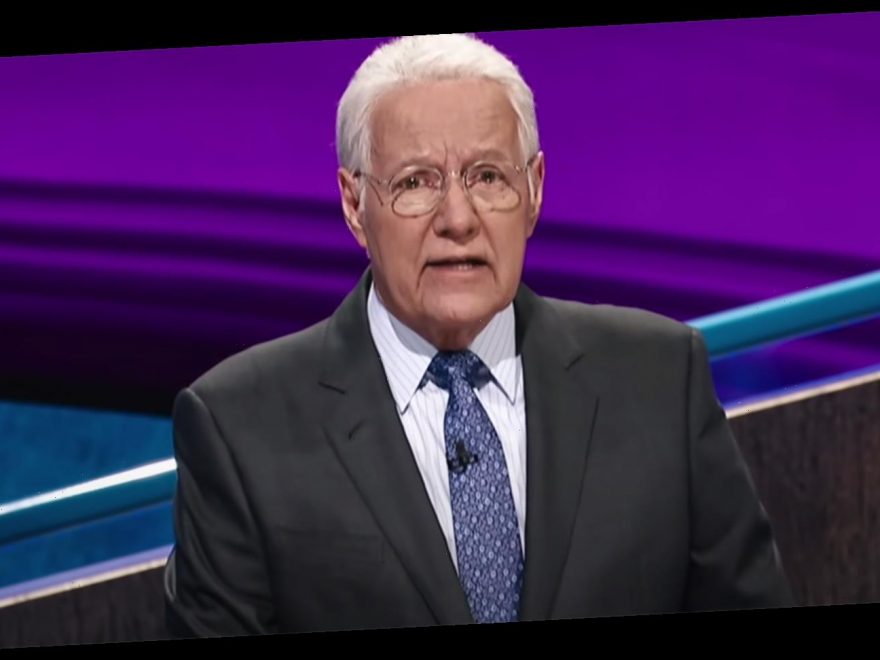 A date has been set for Alex Trebek’s final episode as Jeopardy! host.

Trebek, who has hosted the beloved ABC game show since its debut in 1984, died on Sunday, over a year after he was diagnosed with stage four pancreatic cancer.

New episodes featuring Trebek will continue to air through Dec. 25, Sony Pictures Television has announced. His final day in the studio was Oct. 29 — just 10 days before his death.

After going on hiatus due to the coronavirus pandemic earlier this year, production resumed over the summer. The ABC game show returned for its 37th season in September, with Trebek as host.

Additional plans about the future of the show have yet to be announced.

The longtime host’s death was confirmed by the show on Sunday.

“Jeopardy! is saddened to share that Alex Trebek passed away peacefully at home early this morning, surrounded by family and friends,” the show tweeted. “Thank you, Alex.”

“Today we lost a legend and a beloved member of the Sony Pictures family,” Sony Pictures Television added in a separate statement. “For 37 amazing years, Alex Trebek was that comforting voice, that moment of escape and entertainment at the end of a long, hard day for millions of people around the world.”

“This is an enormous loss for the Jeopardy! staff, crew and all of Alex’s millions of fans. He was a legend of the industry that we were all lucky to watch night after night for 37 years,” Mike Richards, Jeopardy executive producer, said in a statement.

“Working beside him for the past year and a half as he heroically continued to host Jeopardy! was an incredible honor. His belief in the importance of the show and his willingness to push himself to perform at the highest level was the most inspiring demonstration of courage I have ever seen,” Richards added. “His constant desire to learn, his kindness, and his professionalism will be with all of us forever.”

Tony Vinciquerra, Chairman and CEO of Sony Pictures Entertainment, added that Trebek “was the heart and soul of Jeopardy.”

“For 37 amazing years, Ale was that comforting voice, that moment of escape and entertainment at the end of a long, hard day for millions of people around the world,” he said. “He will be deeply missed by everyone who made him part of their lives. Or hearts go out to Jean, Matthew, Emily, and Nicky.”

Trebek revealed the news of his pancreatic cancer diagnosis to fans in March 2019. "I'm going to fight this and I'm going to keep working," he said, returning to work a week later.

After undergoing months of treatment, the beloved TV star told viewers in August that he had finished his treatment and was doing better, before announcing one month later that he was once again undergoing chemotherapy. Over the summer, as Jeopardy’s current season resumed production, Trebek told The New York Times that taping for the program was helping to build his strength. “Oddly enough, when we started taping I suddenly started to regain my strength,” he said. “It’s the strangest thing. It is some kind of an elixir.”

When it was announced that the series would be returning to television in the fall — with enhanced social distancing guidelines — Trebek shared how excited he was.

"On a personal level, I’m excited because it gets me out of the house,” he said in a statement. “It gives me something to do on a regular basis, and I was missing that."