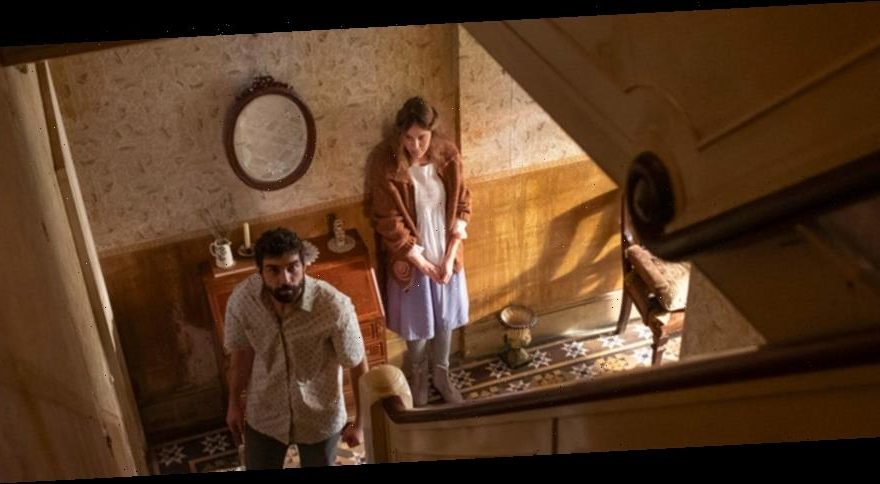 If you badly needed a place to stay, and someone offered you refuge in their crumbling, spooky home, would you say yes? I would, because I love spooky, crumbling stuff, but the idea might send up more than a few red flags for others. But that’s just the situation that the main character of Amulet finds himself in, and since this is a horror movie, things don’t go so well. Watch the Amulet trailer below.

Amulet was one of the films I caught at Sundance, and…I didn’t love it. I appreciated the movie’s atmosphere and its production design, but that was about it. As I wrote in my review: ” A painfully slow slog, this horror film from Romola Garai has plenty of good ideas and a few neat creature effects, but that’s not enough to salvage things. Some may come away thrilled with Amulet‘s big finish, which sends a message folks can get behind…But that doesn’t excuse the rest of the movie.”

That doesn’t mean I’m discouraging you from checking it out. I know several people who also saw the film at Sundance and enjoyed it. It just wasn’t for me. But if you think it might be for you, here’s the synopsis:

Following an accident that leaves him homeless in London, former soldier Tomaz is brought to the rotting home of Magda, a lonely woman in desperate need of help as she looks after her dying mother. Though at first resistant, Magda eventually welcomes him into their lives and allows him to help her care for them. But as he worms his way into their routine and begins to fall for Magda, Tomaz starts to notice strange, unexplainable, and ugly phenomena. Something seems very wrong with the mysterious old woman who never leaves the top floor, and Magda may in fact be enslaved to do her otherworldly bidding.