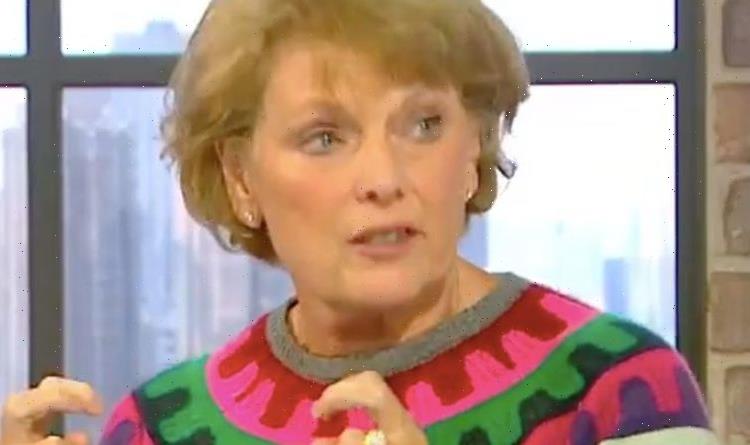 Anna Soubry has distinguished between “arresting” and “removing” Insulate Britain protesters, urging for the Met police to be more “proactive” in their response to the protests. Protesters from the Extinction Rebellion offshoot have blocked major roads including the M25 and the M4 over the past three weeks, causing disruption. The continued disruption has resulted in the furious response of commuters gridlocked, with some motorists taking action into their own hands to remove the demonstrators from the road.

Speaking on Jeremy Vine on Five show, Anna Soubry said: “There’s a big difference between the police removing or indeed anybody else removing somebody from a road because they’re obstructing the motorway and arresting somebody.

“I don’t think you’ll find those are what we call arrestable offenses.

“And yes, a citizen can arrest somebody, but it has to be in very specific circumstances.

She continued: “But removal is the first thing that they do and you don’t need to arrest somebody to remove them.

“The arresting bit is after you’ve actually got them off the motorway or the road.

“It is an offence to obstruct a motorway, to obstruct a highway, I don’t believe it’s an arrestable offense but that’s kind of not the point.

“The police need to be far more proactive in allowing people to cover about their ordinary business.”

They will target people with a “history of disruption”, or those likely to commit a crime.

Protests have persisted for over three weeks, despite three court injunctions banning protesters from blocking the M25.

Ms Patel said: “Freedom to protest is a fundamental right our party will forever fight to uphold.

“But it must be within the law.“

Footage of angry motorists pulling away protesters off the road was shared on social media as the campaigners targeted Wandsworth Bridge and the Blackwall Tunnel on Monday.

Speaking outside the court, an Insulate Britain spokesman said the group “wishes to profoundly apologise for the disruption caused over the past three weeks”.

He added: “We cannot imagine undertaking such acts in normal circumstances. But we believe that the reality of our situation has to be faced.”
Source: Read Full Article