Antiques Roadshow expert Andy McConnell built up a repertoire with one guest during series 41 when the BBC show visited Buckfast Abbey in Devon. The gentleman had brought along an unusual looking glass vase, which was made only a few miles from where they were standing. When discussing the lines and shapes of the item, the two joked about who it looked like more.

“It’s not every day I come down to Devon and record a local piece of glass,” Andy began. “So presumably you bought it?”

“Yes I bought it at an online auction, I’ve had it for a couple of years now,” the guest replied. “I like the look of it, it’s quite quirky.”

“So did you go looking for it?” the expert continued.

“Not particularly. I just saw and thought ‘I’ll have that,'” the man explained. 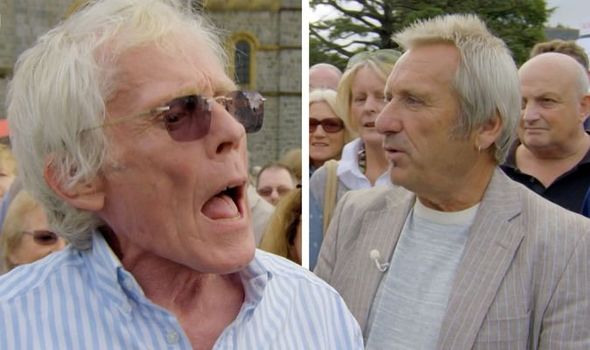 As for who made the item, Andy revealed: “So you know this is Frank Thrower for Dartington.

“Frank Thrower was an extraordinary designer. This is him, 1968, the second year of Dartington in operation and it’s called the Ugly Face Vase.

“I mean it’s so wacky and they’re quite rare, actually. So how much did you stump up for her?” 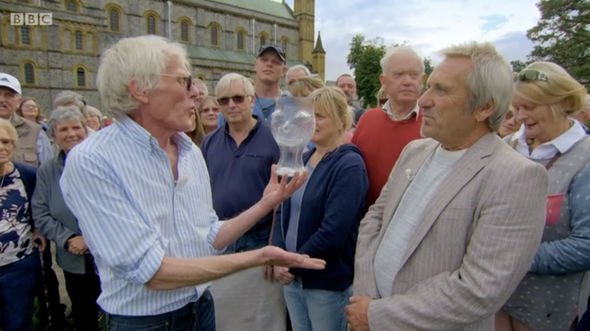 “£80, and I suspect, what? You saw this as a mirror image of yourself, did you?” Andy cheekily remarked.

Luckily, the gentleman took the joke well and commented: “No offence taken!”

As for the vase, Andy added: “Well, they’re not common.

“The reason they’re not common is they didn’t sell very well, because they are so quirky and they’re kind of ugly!” 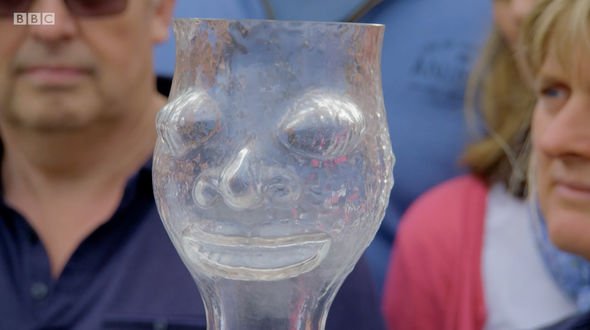 Would this have an affect on its current price tag?

The expert said: “So I’m delighted to tell you that your 80 quid that you splashed is actually on something that’s worth probably 200 quid at auction.

“But I remain convinced that all it needs now is a little goatee coming down here, because I think you bought it because it looks just like you!”

“And I rather think it looks like the expert!” The guest hit back jokingly.

“Oh, you vicious beast,” Andy exclaimed as the audience around them laughed.

The jewellery specialist was extremely excited to take a closer look at the brooch in particular – but how much was it worth?

Antiques Roadshow is available to watch on the BBC iPlayer now.