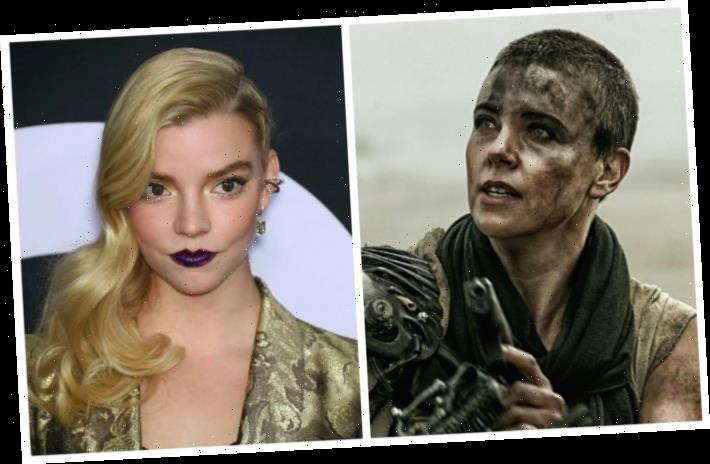 The search for the next Furiosa is over, as Anya Taylor-Joy has landed the title role in George Miller’s “Furiosa,” a prequel to “Mad Max: Fury Road” that tells the origin story of the iconic character. The actress takes over the character from Charlize Theron. Miller is returning as writer and director of “Furiosa,” which has also tapped Marvel favorite Chris Hemsworth and recent Emmy winner and “Watchmen” actor Yahya Abdul-Mateen II to star in undisclosed roles.

Miller revealed earlier this year he would not rely on the de-aging technology Martin Scorsese used in “The Irishman” in order to cast Theron and have her appear as the younger iteration of Furiosa. The filmmaker said the technology was still not there yet to successfully pull off having Theron reprise the character, thus Taylor-Joy is the new Furiosa. Miller met with Taylor-Joy in May 2020. Other rumored contenders for the role included “Killing Eve” Emmy winner Jodie Comer.

“It’s a tough one to swallow,” Theron told THR in July about not returning in the prequel. “Listen, I fully respect George, if not more so in the aftermath of making that film with him. He’s a master, and I wish him nothing but the best.”

Theron added, “Yeah, it’s a little heartbreaking, for sure. I really love that character, and I’m so grateful that I had a small part in creating her. She will forever be someone I think of and reflect on fondly. Obviously, I would love to see that story continue, and if he feels like he has to go about it this way, then I trust him in that manner. We get so hung up on the smaller details that we forget the thing that we emotionally tap into has nothing to do with that minute thing that we’re focusing on.”

Taylor-Joy will return to screens later this month as the lead in the Netflix psychological thriller series “The Queen’s Gambit.” The actress is also re-teaming with her “Witch” director Robert Eggers for “The Northman.” Hemsworth continues to play Thor in the Marvel Cinematic Universe, while Yahya Abdul-Mateen II’s career is on a hot streak with an acclaimed role in Aaron Sorkin’s “The Trail of the Chicago 7” (streaming on Netflix October 16) and a part in the upcoming “Matrix 4.”