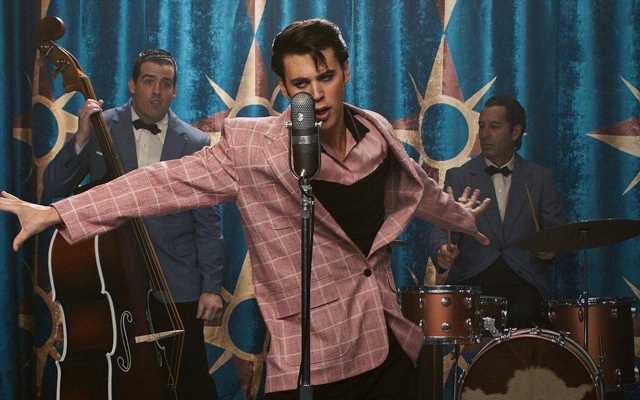 The ‘Carrie Diaries’ actor opens up about his ‘incredibly meticulous’ preparation to play the late music legend in Baz Luhrmann’s true-story feature film.

AceShowbiz –Austin Butler played nine Elvis Presley songs on repeat in preparation for playing the King. Portraying the singer in director Baz Luhrmann‘s “Elvis” biopic, the 31-year-old actor said it was part of his plan to be “incredibly meticulous.”

“I wanted every gesture and everywhere that his eyes go and the way that he moves his entire body to feel as truthful and identical to him as possible but it’s got to feel as though it’s happening for the first time,” he added to NME.

“When we went down to Nashville and recorded all the gospel numbers for the film, getting to be in these small churches listening to gospel being sung for eight hours straight, it sent chills down my spine and I couldn’t help but move.”

Austin said about listening to “Are You Lonesome Tonight? (Laughing Version)”, “There’s a recording of Elvis singing ‘Are You Lonesome Tonight?’ onstage where he can’t stop laughing. He’s almost crying! When I show that to people who haven’t heard it before, they can’t help but fall in love with him because he had one of the greatest, most genuine, open-hearted laughs. I felt like this gave me a window into him.”

He went on about “Unchained Melody” being a significant song in his preparation, “Every time I watch or hear ‘Unchained Melody’, it brings tears to my eyes. It was a tricky one to sing, because at that point, I was quite large and so my breathing was constricted because you’re strapped into the jumpsuit.”

And he said “Separate Ways” made him “feel very connected” to Elvis’ “soul” as it was recorded around the time of the King’s divorce from Priscilla Presley. He added his other top Elvis tracks were “Milkcow Blues Boogie”, “Polk Salad Annie”, “Never Been to Spain”, “Trouble”, and “Smokestack Lightnin”.