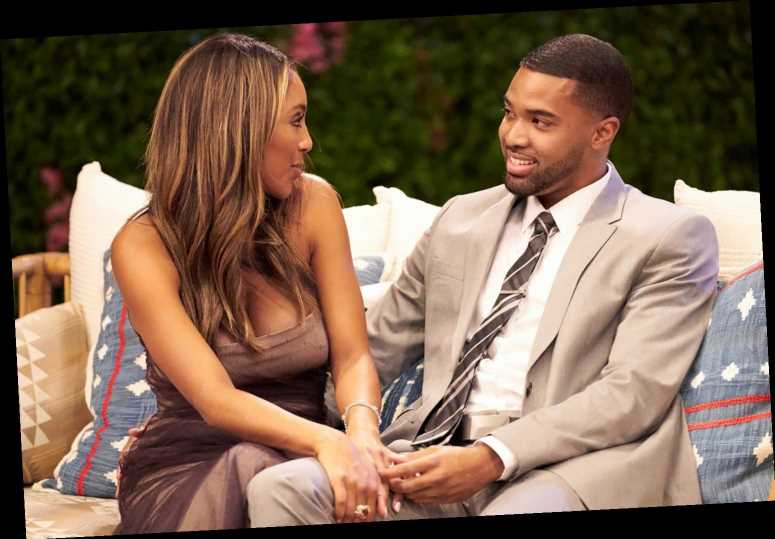 Bachelorette contestant Ivan Hall is explaining what were the relationship-ending religious differences between himself and Tayshia Adams.

Speaking with former Bachelorette (and newly-minted Dancing with the Stars winner) Kaitlyn Bristowe on her Off the Vine podcast, Hall explained that he and Adams discussed their religious views during their Fantasy Suite date.

While on the topic of having children, Hall, 28, said that Adams, 30, asked him if he'd raise his children to be religious, "and then that's when we dove into it."

"I kind of explained to Tayshia, listen, I'm agnostic, and being agnostic is, a lot of people confuse it for being atheist, which is not what I am," Hall said. "Atheist is taking a hard stance that there is no God, and that's not what I believe at all. It's completely different things, but everybody confuses it. Agnostic is strictly saying, I don't know, basically."

Hall said he doesn't think that anyone "really knows" if there is a God or not, and added, "whatever religion you are, honestly the majority of the world is actually not your religion." "So it all gets kind of crazy and when we get into the details of things when she maybe starts asking me about like my beliefs about like, is there a heaven or is there a hell, that kind of stuff, I'm gonna be like, yeah my answer's gonna be different than yours. Because I'm gonna tell our kids, I don't know what there is, and then you can tell the kids whatever you want, and you can take them to church, that's completely fine with me," Hall said, explaining that he's dated women from all types of religious backgrounds.

"For Tayshia, it's something different," the engineer continued, "where she, I guess, actually wanted to date someone who is Christian. And that's completely fine, and that's how a lot of people are."

Hall said that he doesn't like the "dogmatism" that often accompanies religion and that he needs "to see proof of everything."

"If something ever did prove itself to be true to me, then I would 100 percent go on board with that religion," he continued. "But at this point, I would just have to say based off all the evidence I've seen across the board, I just don't see it, to be honest." Adams sent Hall home during Tuesday night's finale of The Bachelorette, telling him that "at the end of the day, religion is part of my morals and my beliefs" before saying goodbye.

While viewers hadn't seen any conversations between the pair about religion ahead of Hall being sent home, he seemed to understand, telling Adams, "I definitely get it."

After Hall left, Adams was left with  Zac Clark and Ben Smith — and the finale ended with Clark proposing.

"We have so many similarities regarding our goals in life," Adams told PEOPLE of her new fiancé. "I've never been in a relationship like this before. Our communication is phenomenal and I feel really safe with Zac. It just feels so right. And I can't wait to experience life with him by my side."