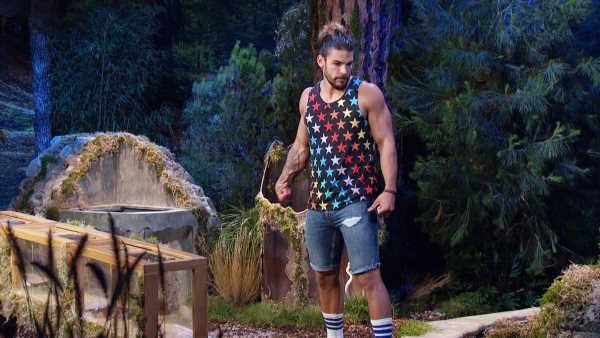 BB21 spoilers from the live feeds cover Jack’s plan for the Big Brother house and that a final eviction target is set for the week. Even with more than 48 hours until the next Eviction Ceremony, one houseguest appears doomed.

Jack Matthews is the current Head of Household after beating out Jessica Milagros in the latest competition. Once Jack had the power, he nominated Jessica and Kemi Faknule for eviction.

Jack has been plotting against Kemi since he walked in the door, with his hopes being that the first two evicted houseguests would be Kemi and David Alexander. It was very clear who he wanted out this week.

BB21 spoilers: Who won the Power of Veto?

Sam Smith won the Power of Veto again, giving him the power to shift the nominees and save Kemi, who he has been working with behind the scenes. He caved to the pressure, though, deciding to not use the POV.

At the Veto Ceremony, Sam declined to use his opportunity to save Kemi, fearing that he might upset people in the house. For some reason, he is continuing to trust people who have a plan to send him home once Kemi and Jessica have been removed from the equation.

Who is going home on Big Brother?

As it stands, the next person slated to be evicted from the Big Brother house is Kemi Faknule. She just doesn’t have the votes to survive, meaning she will soon join David Alexander and Ovi Kabir at Camp Comeback.

While the votes could still shift over the next 48 hours or so, there doesn’t appear to be a way for Kemi to save herself from the block. Even the new Chaos Power can’t help her at the Eviction Ceremony.

The next episode of the show is on Wednesday night (July 10), when CBS viewers will find out everything that has taken place in regard to the Week 2 Power of Veto. Outside of that, it seems to just be a countdown until the BB21 cast decides it is time to evict Kemi.