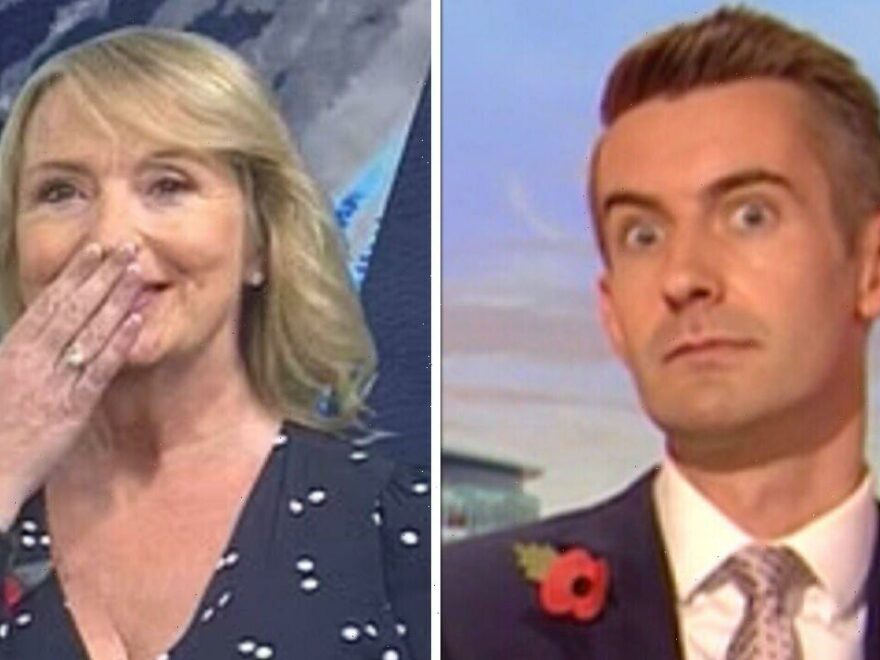 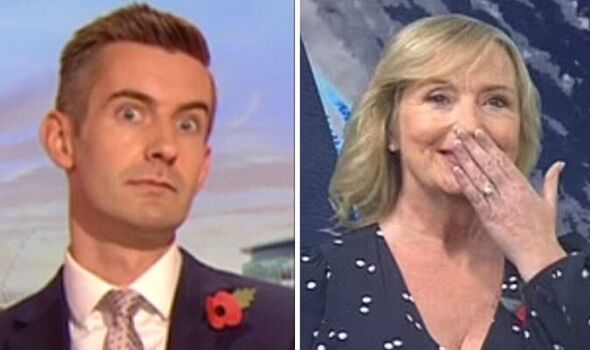 Sally Nugent and Jon Kay were absent from the BBC Breakfast sofa with Ben Thompson and Nina Warhurst stepping in for the presenters. For the first weather report of the morning, Ben assumed Carol Kirkwood would be sharing news of the day’s weather before quickly realising he was mistaken.

At quarter past and quarter to the hour, BBC Breakfast updates viewers on the week ahead’s weather.

However, for Tuesday’s first weather report, Ben was forced to correct himself.

He said: “Let’s check in with Carol on what the weather is doing.”

“Good morning to you Carol,” he said before viewers and the presenters were introduced to Sarah Keith-Lucas instead.

Ben apologised for his mistake as Sarah joined in: “A surprise Carol today.”

The weather reporter then carried on with the forecast before returning to the studio.

“I’m so sorry Sarah,” Ben repeated before explaining how he made the mistake.

“I hadn’t turned to the screen and there you are of course.

“Nice to have you with us this morning and I’m sorry to call you Carol!”

Sarah was lighthearted about the mistake and joked: “I’ll forgive you. Just this once.”

Meanwhile, Carol had a mishap of her own last week as she presented the forecast with Naga Munchetty and Charlie Stayt in the studio.

As she finished up her report, Carol said: “The winds will be lighter, just a few showers coming in from the north-west and temperatures ranging from nine to 13 degrees, Nana.”

Naga hit back: “You say that every single time, and I come and visit you, and you have a cup of tea.

“I bring you a cup of tea, and have a nice chat – and I’ve never met Nana.

“I think Nana is a phantom producer that you just make up so you can abuse me by mispronouncing my name.”

Carol remarked: “The shame, Naga, the shame. Nana is very much alive and kicking and very lovely with it.”

“I have met Nana. Nana is very nice,” Naga conceded. “You are very lucky to have such a nice producer especially when you behave so badly.”

“You are awful but I do like you,” Carol quipped at the BBC Breakfast presenter.