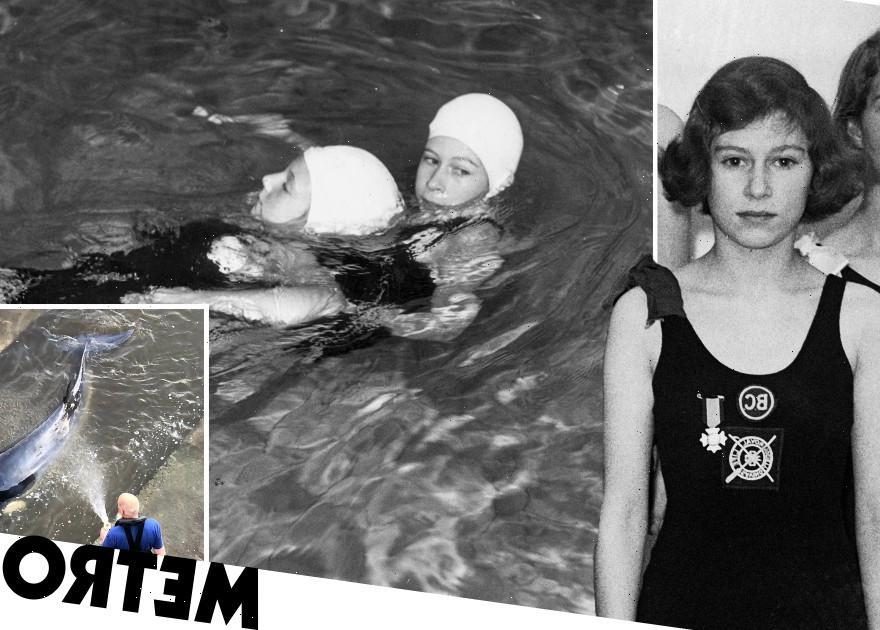 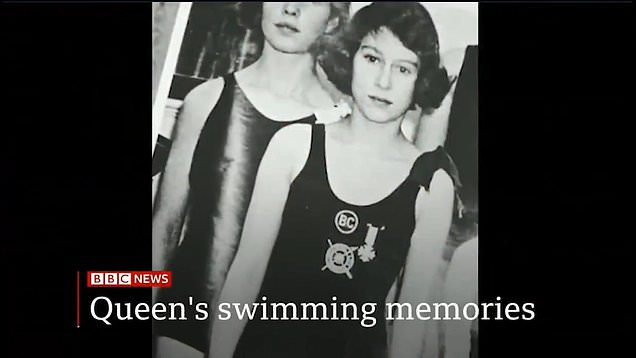 BBC News had viewers scratching their heads as a picture of the Queen was shown during a news bulletin about a missing whale that had become marooned along the River Thames.

A four-metre long whale, believed to be a Minke, became stuck on Richmond Lock’s boat rollers on Sunday evening.

On Monday newsreader Martine Croxhall attempted to fill viewers in about the animal, saying: ‘The search continues to locate an injured whale in the River Thames after it escaped a first rescue attempt.’

However the image shown was of Queen Elizabeth II as a child, wearing a swimming costume no less.

Martine realised the mistake and, seeing the funny side, tried to smooth things over explaining to viewers: ‘That was the Queen with her life-saving badge on her swimsuit, but I didn’t have time to tell you. Don’t know why.’

She then swiftly moved on to talk about sport, checking in with reporter Chetan Pathak who quipped: ‘Nicely done, Martine.’ 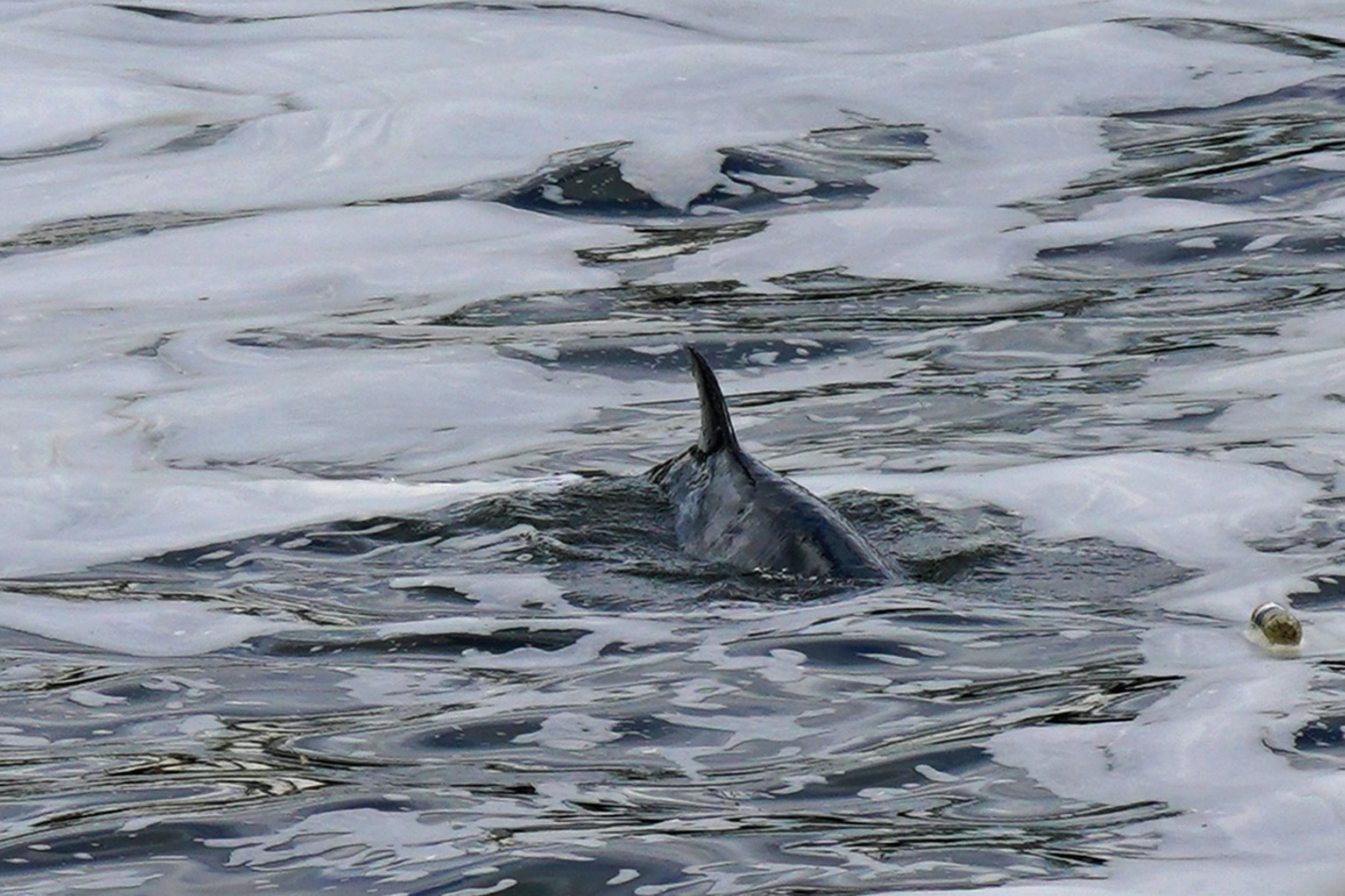 The whale was given a check-up at the water’s edge before the arrival of the Royal National Lifeboat Institute (RNLI) to sound of cheers from onlookers.

The animal was freed at around 1am on Monday morning but escaped the inflatable cushion that was guiding it. 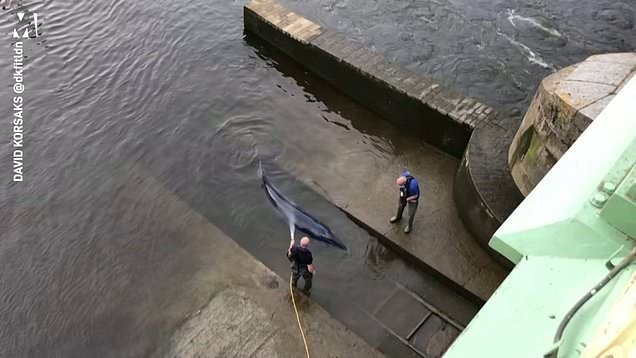 However the RNLI has been attempting to rescue the whale for a second time, according to the BBC, after it was seen heading away from the sea.

It has been spotted between Richmond and Teddington.

Got a story? If you’ve got a celebrity story, video or pictures get in touch with the Metro.co.uk entertainment team by emailing us [email protected], calling 020 3615 2145 or by visiting our Submit Stuff page – we’d love to hear from you.