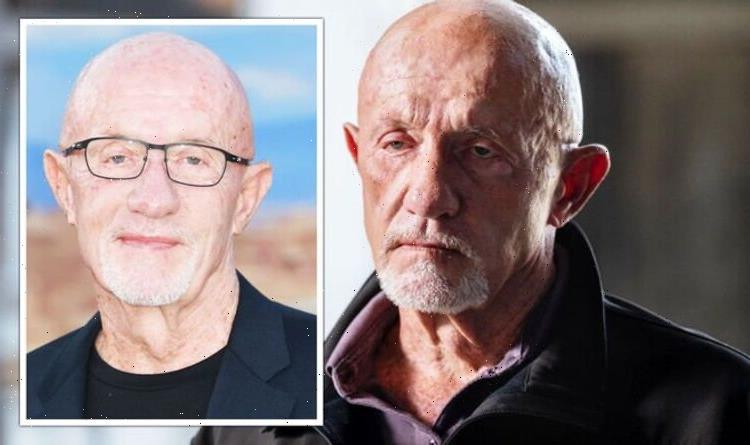 Jonathan Banks has been confirmed to lead a new drama series for Apple TV+ after saying goodbye to his iconic role as Mike Ehrmantraut with the last season of Better Call Saul this year. Having portrayed the TV hard man since joining the cast of Breaking Bad in 2009, his next project away from AMC is set to be a refreshing change of pace for the screen star.

The upcoming sci-fi conspiracy thriller was given a straight-to-series order on Wednesday.

Details about Jonathan’s character currently remain a mystery, but the show’s official premise has shed some light on his co-star’s role in the series.

Noomi, best known as Lisbeth Slander in the original Girl With the Dragon Tattoo trilogy, will portray a woman named Jo who arrives on Earth after a space disaster.

However, once she returns, Jo realises vital parts of life appear to have gone missing.

The synopsis describes the series as “an exploration of the dark edges of human psychology, one woman’s desperate quest to expose the truth about the hidden history of space travel and for her to recover all that she has lost”.

Constellation will be one of Jonathan’s first TV projects after reprising his Breaking Bad role in all six seasons of Better Call Saul.

Vince Gilligan’s equally acclaimed prequel series began back in 2015, and will conclude the story of Jimmy McGill/Saul Goodman (played by Bob Odenkirk) later this year.

Jonathan has been nominated five Primetime Emmy Awards for his performances across the Breaking Bad franchise.

He picked up his first nod for his breakthrough role as Frank McPike in the 1980s television series Wiseguy.

Outside his most iconic role, he is also known for lending his voice to popular animated series such as F Is for Family and A Tale Dark & Grimm, and the Pixar sequel Incredibles 2.

He also portrayed Buzz Hickey in the cult favourite sitcom Community, starred in the Oscar-nominated film Mudbound and reprised his role as Mike in El Camino: A Breaking Bad Movie.

The upcoming Apple series will be one of the TV and film star’s first dramatic roles since his two-episode stint in The Comey Rule in 2020.

Screenwriter Peter Harness of Doctor Who and McMafia fame created and will write the new drama.

Jonathan will also be reuniting with Breaking Bad director Michelle MacLaren, and both Michelle and Peter will serve as executive producers.

The series will be produced by Turbine Studios and Haut et Court TV.

His upcoming co-star Noomi is best known as the first actress to embody the infamous computer hacker Lisbeth Salander in the Swedish film series based on the Millennium series by Stieg Larsson.

She has also starred in the sci-fi prequel Prometheus, What Happened to Monday and last year’s folk horror film, Lamb.

No release date for Constellation has been given, but is expected to hit screens in late 2023 or early 2024.

Better Call Saul season 6 premieres on AMC in the USA on April 18 and the next day on Netflix in the UK.