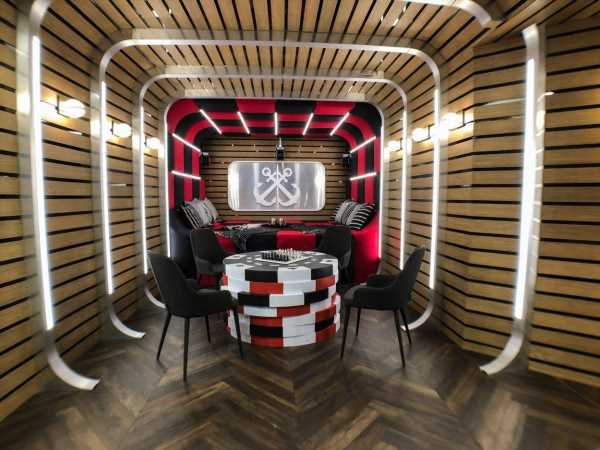 A secret room, the High Rollers Room, has opened in the Big Brother 23 house. According to host Julie Chen Moonves, the houseguests can enter the room to compete for “game-changing powers” with BB Bucks awarded to them by the viewers. How much money did all the houseguests earn, and what influential abilities are they competing for to further their game in the competition?

Derek Xiao, Derek Frazier, and Britni D’Angelo have the most BB Bucks

Before the houseguests faced off in the Head of Household competition, host Julie Chen Moonves informed the remaining 11 houseguests about a new room opening up and three influential powers up for grabs.

After competing in the HOH, which Kyland Young won, claiming his second of the season, the players found out how many BB Bucks America awarded them for them to cash in to compete for powers.

While Britni D’Angelo hasn’t confirmed it, the houseguests believe she also received the highest compensation due to her behavior. Additionally, she told others she earned $75, which can’t be true because only three can be awarded that amount, and Xavier Prather, Tiffany Mitchell, and Hannah have already confirmed it’s them.

The houseguests can use their money for game-changing powers

Based on the players’ conversations about the games and powers caught on the Live Feeds, the Veto Derby is available this week.

For the twist, the houseguests can bet $50 on someone to win the Power of Veto. If their choice wins, then that person receives a second POV.

Another upcoming game is the Nomination Roulette, where the winner saves a nominee. The other houseguest is then selected by a spinning wheel that randomly chooses the replacement.

Finally, the last power, and most impactful, is the Flip the House, where the winner calls a coin toss. If the houseguest is correct, they can secretly make both nominations, overhauling the HOH’s choices.

The second Power of Veto is likely out of play already

Several houseguests participated after finding out about the power up for grabs this week, while others decided to pocket their BB Bucks for another ability later in the competition.

Nominees Claire Rehfuss and Derek Frazier bet on Kyland and Britni D’Angelo, respectively, leaving Claire with no money and Derek F. with $50 BB Bucks. Sarah Beth Steagall and Kyland used all of their currency to bet on Azah Awasum and Alyssa Lopez.

Therefore, no one would receive the second POV if either nominee won, as no one bet on them. However, Alyssa pulled out the win, giving Kyland, the HOH, control of the Vetoes.

Moving forward, Derek X. and Britni have $100, with Xavier, Tiffany, and Hannah still holding on to $75, and Alyssa and Azah with $50 to compete in the upcoming challenges. Big Brother 23 airs Sundays, Wednesdays, and Thursdays on CBS.