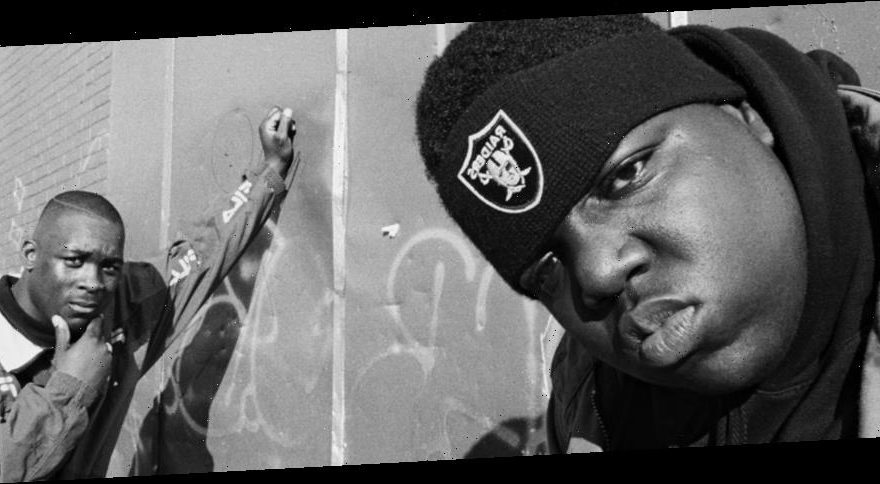 So much media devoted to Christopher Wallace, A.K.A. the Notorious B.I.G., A.K.A. Biggie Smalls, focuses on his murder and how it relates to the East Coast/West Coast hip hop feud that also claimed the life of Tupac Shakur. But the new Netflix documentary Biggie: I Got A Story To Tell is taking a different approach, striving to focus not on the artist’s death, but on his life – and how he became a star seemingly overnight.

Biggie I Got A Story To Tell Trailer

Directed by Emmett Malloy, Biggie: I Got a Story to Tell will offer audiences rare footage, new interviews, and more. It promises to tell a side of the Notorious B.I.G.’s story that most people aren’t familiar with, and was made in collaboration with the late artist’s estate. Here’s a synopsis:

Every legend has an origin story. Christopher Wallace, AKA The Notorious B.I.G., remains one of Hip-Hop’s icons, renowned for his distinctive flow and autobiographical lyrics. This documentary celebrates his life via rare behind-the-scenes footage and the testimonies of his closest friends and family.

In the wake of the Notorious B.I.G.’s landmark induction into the Rock and Roll Hall of Fame, and ahead of what would have been his 50th birthday, Biggie: I Got A Story To Tell offers a fresh look at one of the greatest, most influential rappers of all time by those who knew him best. Made in collaboration with Biggie’s estate, I Got A Story To Tell is an intimate rendering of a man whose rapid ascent and tragic end has been at the center of rap lore for more than twenty years. Directed by Emmett Malloy, this intimate documentary features rare footage filmed by his best friend Damion “D-Roc” Butler and new interviews with his closest friends and family, revealing a side of Christopher Wallace that the world never knew. I Got A Story To Tell is executive produced by Sean Combs, Voletta Wallace, Mark Pitts, Stanley Buchthal, and Emmett and Brendan Malloy.

Born in 1972, Christopher Wallace began selling drugs at the age of 12. By his teenage years, he was rapping on the streets. He also cut a demo tape under the name Biggie Smalls, but had no real plans to pursue a full-fledged music career. However, the demo tape found its way to hip hop magazine The Source, which profiled Biggie in their Unsigned Hype. This, in turn, caught the attention of  Sean “Puffy” Combs, who eventually signed Biggie to his Bad Boy Records. Biggie’s first full album Ready to Die was released in 1994, and it was certified gold within two months, double-platinum the following year, and eventually quadruple-platinum. It truly seemed like the hip hop star had come out of nowhere and blown up overnight, but Biggie: I Got a Story to Tell will hopefully fill in some blanks and paint the whole picture.