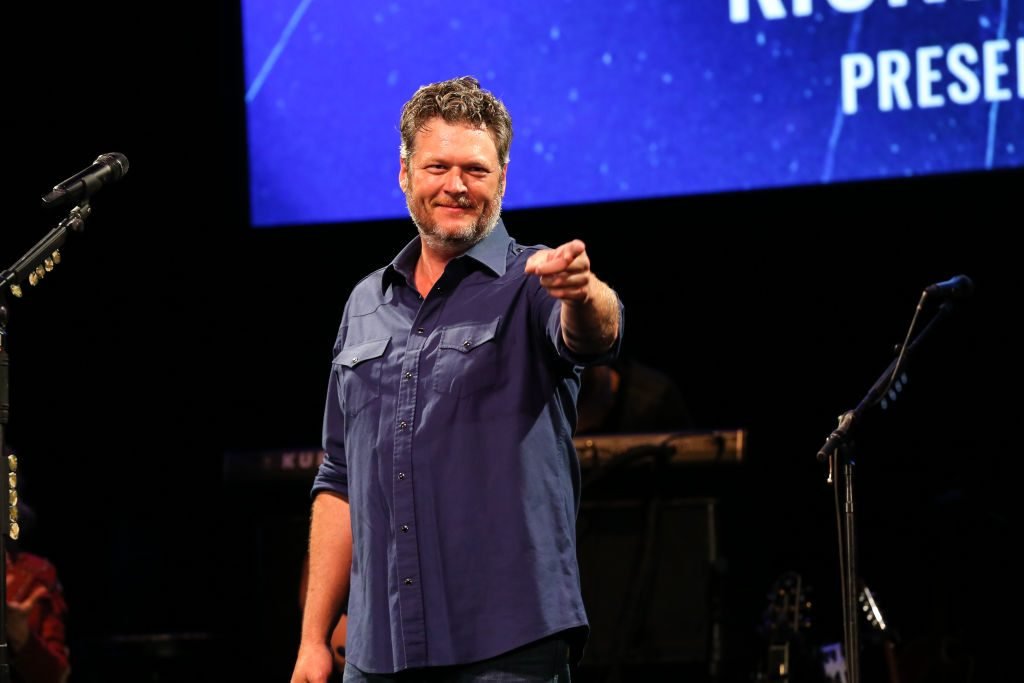 Blake Shelton and Gwen Stefani have been dating for some time now. They might not be married, but Garth Brooks gave Shelton a nickname like they are. Find out how Brooks called him “Mr. Stefani” and more.

The couple took the stage at the California Mid-State Fair in Paso Robles, California, on Sunday, July 21. Shelton was mainly performing and Stefani was spotted backstage. Eventually, she joined him on stage.

They have a few duets, but they reportedly sang “Go Ahead And Break My Heart” together. Stefani isn’t the only person Shelton has been performing with this summer. He also has been busy with Garth Brooks.

The country singer was previously on The Voice for Season 11 to advise the contestants. Brooks decided to reunite with Shelton by doing a duet together.

“I was watching the ACMs this year, and there was one performance that really hit me hard: Blake Shelton’s “God’s Country.” I thought, ‘I’m feeling something here that’s drawing me right into this television.’ So I just reached out for him,” he told Billboard.

“He was so sweet on the phone. The last thing I said was, ‘Hey, man, I don’t want to put you on the spot, but we got a song that might be a pretty cool duet.’”

Brooks admitted to Entertainment Tonight that he was surprised by how they sounded together. “Sometimes I didn’t know if it was me or him, because we’re basically raised around the same area, so it was pretty cool,” he said.

Brooks released a new duet with Blake Shelton for the summer called “Dive Bar.” He is now taking the song on tour and the country artists have performed together.

Shelton joined him for his concert at Albertsons Stadium at Boise State University in Idaho. He revealed that Brooks has a nickname for him.

“I got a text from my man here earlier that said, ‘Hey, man, we got your dressing room set up for you,’” said The Voice coach according to Entertainment Tonight. “And he sent me a picture and it was a paper that said ‘Mr. Stefani’ on it.”

He joked that Brooks has been “bullying” him “a little bit.” He explained why Stefani wasn’t there that night.

“I wish, and she wishes too, [but] she has her Vegas residency going right now, so she’s got a performance,” he said. “I think in seconds of looking on Twitter or Instagram, she’s going to get all of it she can imagine, it’ll be all over the place.”

Pop Culture also reports that Brooks joked that they are in a club together. “We’re part of the working wives club,” he said. “So we get to lay by the pool. We’ll take their credit card and go shopping.”

It sounds like the two country singers are having a good time together. Shelton doesn’t seem ashamed of his new nickname at all.