Numbers are tricky: Last weekend, the box office saw its lowest total gross since mid-June. However, the final projections for September are the year’s strongest — and prospects for October look even better.

The best gauges of recovery lie in the box-office performances of 2019, with monthly comparisons between the 2019 and 2021 totals. Since May 2021, when films grossed only 19 percent of the same month’s earnings two years prior, the improvement has been dramatic. In June, the ratio improved to 35 percent; July, 45 percent; August, 50 percent. Through last weekend, September was 75 percent, although the month will likely end around 65 percent.

That’s still 15 points above August and it’s the most significant sign of recovery so far. Internal economics vary by exhibitor, but with cost reductions and other savings industry sources suggest that reaching a sustained 80 percent would get the industry closer where it needs to be.

By our estimates, October could bring the box office within shouting distance of that metric with Sony’s “Venom: Let There Be Carnage” on October 1, followed “No Time to Die” on October 8. Both debut as theatrical exclusives. Other anticipated titles in October bow day-and-date, including “Dune” (October 22), “The Addams Family 2” (October 1), “Halloween Kills” (October 15), and “The Many Saints of Newark” (October 1). A domestic box office total of around $600 million is by no means assured, but it’s plausible.

That achievement would represent 77 percent of the gross in October 2019 ($782 million) and it would be the best month since February 2020, right before theaters closed. 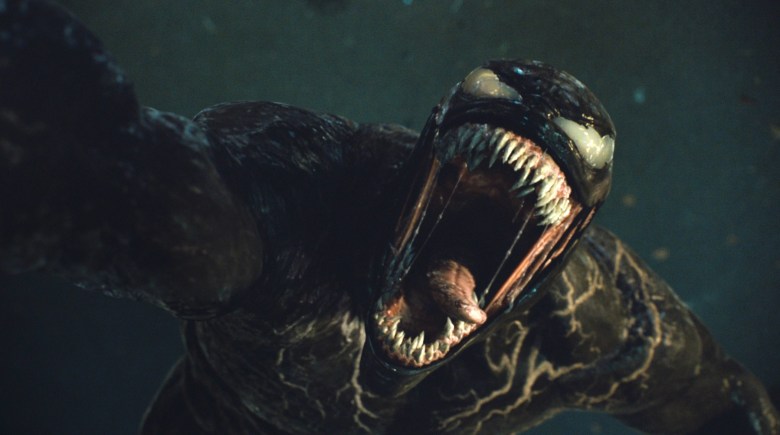 “Venom: Let There Be Carnage”

Marvel’s “Venom: Let There Be Carnage” opens on the same early October weekend as the 2018 original. With Tom Hardy playing Brock, a reporter whose body hosts the alien symbiote Venom, it opened to $80 million in North America, taking in just under $200 million in its first 31 days.

Guesses on the sequel’s opening weekend range from $45 million to $65 million. Predicting its full gross for the month is difficult, especially since it has yet to screen for most critics and other media. Still, extrapolating from the opening estimates, $120 million seems within range.

Any Bond entry is noteworthy, but “No Time To Die” feels special. More than any film, it symbolized the disruption of the release schedule. It was the first film to move in the face of Covid, and each of its subsequent shifts set the tone for worldwide exhibition capabilities.

As Craig’s final outing as Bond, with built-up interest after a long delay, and positive advance word (however unconfirmed) that this could receive the highest acclaim for the franchise, $75 million seems like a less-risky guess. With 24 days in October to play, $150 million total for the month could follow.

After those guesses, which would take us to $270 million, it gets more complicated when assessing the day-and-date titles.

“The Addams Family 2” (PVOD) and “The Many Saints of Newark” (HBO Max) also open October 1. The first “Addams” grossed $100 million. “Saints” is a prequel to “The Sopranos” and attracts an older audience — not to mention one that identifies with watching the IP at home, not in theaters. The two films could earn $60 million combined during the month.

The first “Halloween” reboot, in 2018, earned $150 million its first 17 days. “Halloween Kills,” with availability free for Peacock subscribers, will gross less. Three weekends in October may not be enough for it to gross $60 million. 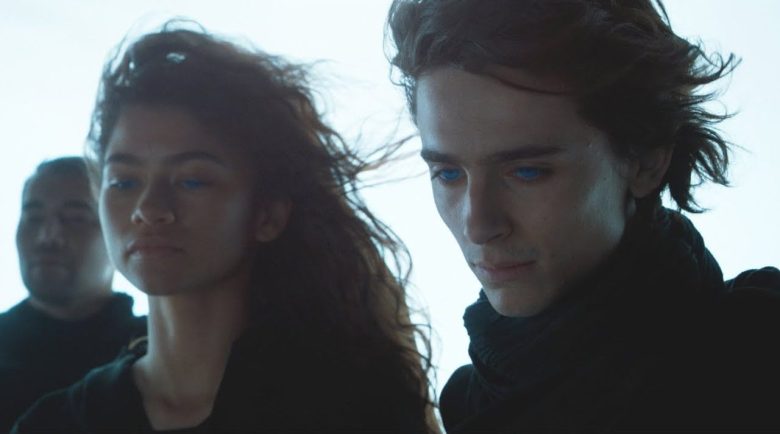 Then there’s “Dune,” which will have 10 days of play in October. Initial foreign grosses have been positive as a theatrical exclusive; here, it’s also available on HBO Max. Still, it has intense interest and a big push to see it on the biggest-possible screens. Another potential $60 million here.

September holdovers, led by “Shang-Chi,” could add $50 million. For all other miscellaneous titles that play during October, let’s say that’s $25 million.

All of that would take us to $600 million. Without the parallel play at home, these films might bring in another $100 million in box office. And, if Sony kept “Hotel Transylvania: Transformania” in October 1 as a theatrical exclusive (rather than sell it to Amazon Studios for $100 million and a release date still TBD), that might have meant another $100 million for the month.

Add those back in, and October would reach $800 million — even better than 2019. That’s conjecture, of course, but it represents something very concrete: Studios want a healthy box-office ecosystem, but they want a healthy bottom line even more. Even as box-office recovery is highly desirable, it will never become the precise point.