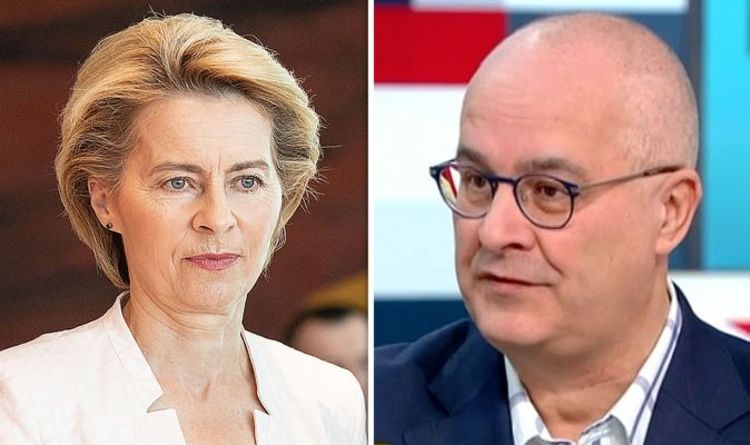 Ursula von der Leyen was last week nominated to take over from Jean-Claude Juncker and become the next President of the European Commission. But, the Brussels bloc was accused of “backroom deals” after the nomination, which must be approved by the European Parliament before Mrs von der Leyen takes over the role. Speaking on ITV’s Good Morning Britain, radio host and Brexiteer Iain Dale ripped into the selection process.

He said: “They appointed four people who are probably the most inappropriate people that you could ever have picked.

“It is not my opinion, it is a fact. The German defence minister Ursula von der Leyen, she is the most incompetent minister in the German Government.

“Virtually everybody would agree that, why do we want her heading the EU then?”

As he continued to clash with the GMB host Richard Bacon, Mr Dale was then asked whether the UK was being “oppressed” by Brussels.

He replied: “In some ways, yes we are, just as I am being oppressed by you at the moment.” 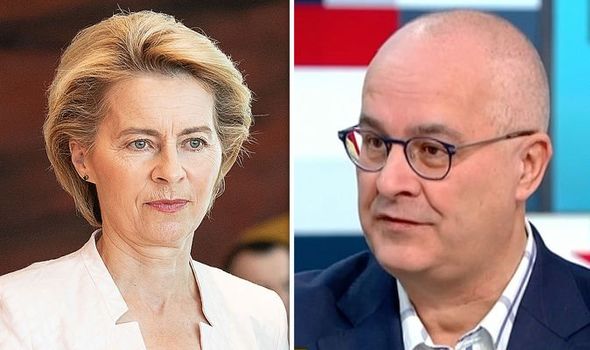 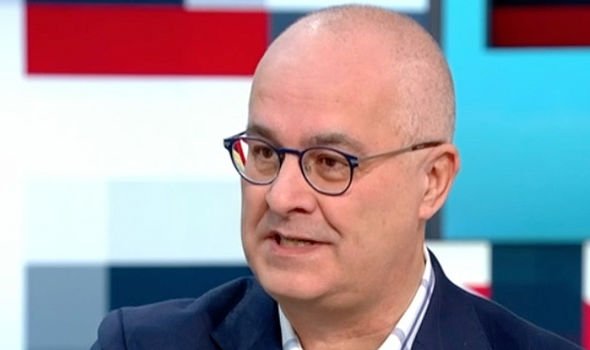 The German defence minister Ursula von der Leyen, she is the most incompetent minister in the German Government

Speaking in 2018 Mrs von der Leyen attacked leading Brexiteers commenting: “They had promised that Britain would benefit from Brexit. The fact is today that Brexit is a loss for everyone.”

The nomination of Mrs von der Leyen, who has previously advocated a European army, was approved by key European leaders. 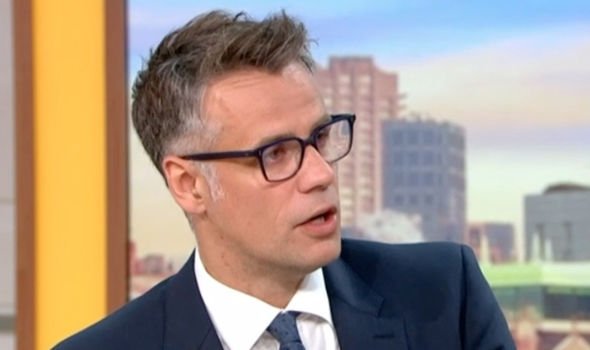 The European Parliament also this week elected David-Maria Sassoli as its new president. The Italian MEP has represented the Socialists and Democrats (S&D) party since 2009.

Christine Lagarde, who is currently head of the International Monetary Fund (IMF), is expected to take charge of the European Central Bank and the euro, replacing Mario Draghi.

Speaking later on Good Morning Britain, Brexit Party MEP Ann Widdecombe claimed MEPs from across the continent was seething over the selection process. 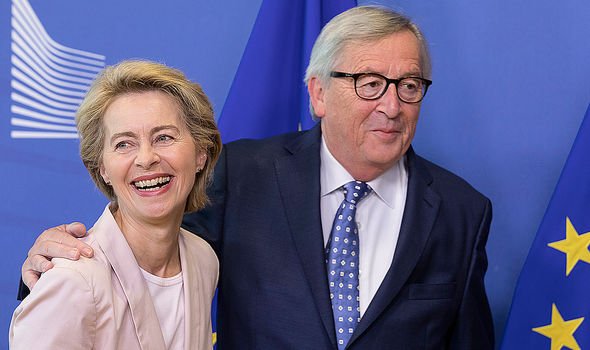 She said: “If it is so democratic can you please explain to me why right across the European Parliament, right across the political spectrum and from multiple countries, speaker after speaker complained about the undemocratic nature of those appointments.

“Would you please tell me if it is so democratic, why was everybody complaining?”

The comments came after Ms Widdecombe’s powerful tirade in the European Parliament last Thursday in which she insisted the UK would be leaving the bloc.