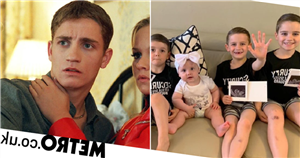 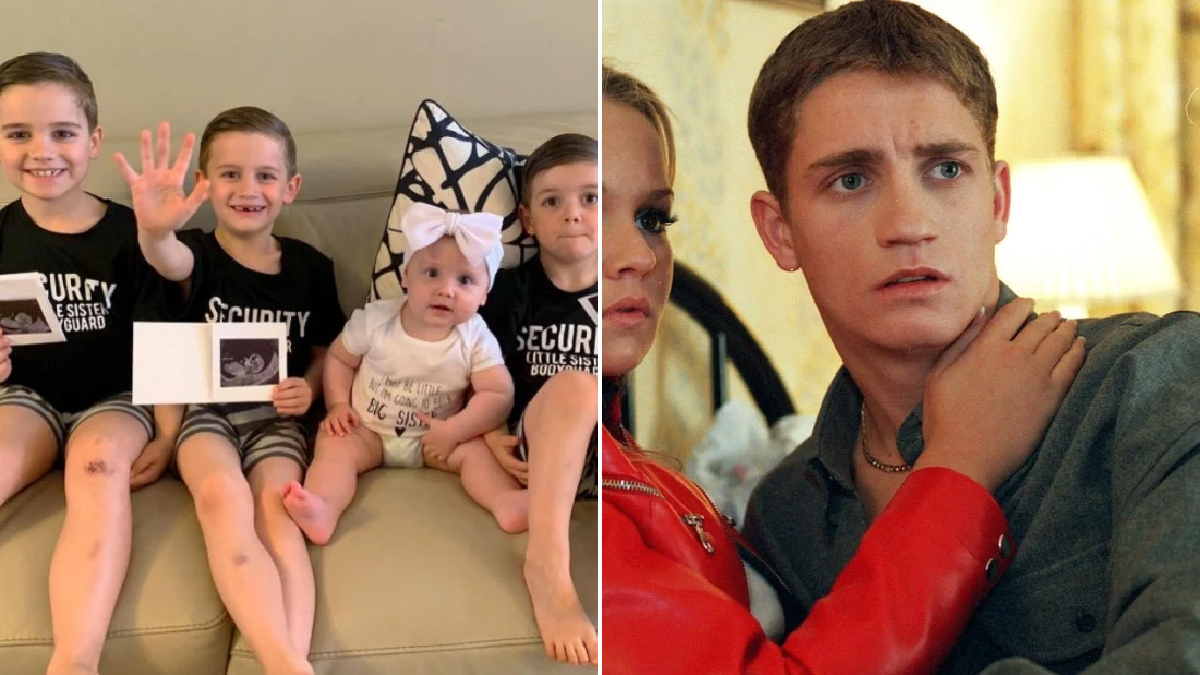 Alongside Oscar, Sunny Ray and Phoenix, Philip’s youngest child is seen in the picture wearing a baby grow that reads ‘I may be little but I’m going to be a big sister’.

The next snap also sees the young girl holding a picture of Philip and Amy’s latest baby scan picture.

Philip’s character Timothy/Tinhead featured in Brookside from 1996 right through to the finale episode in 2003.

Between 2014-2015, he played the role of Jason, a temporary barman, in the hit comedy series Benidorm.

Away from Brookside and Benidorm, Philip also has credits in Doctors and Hollyoaks.