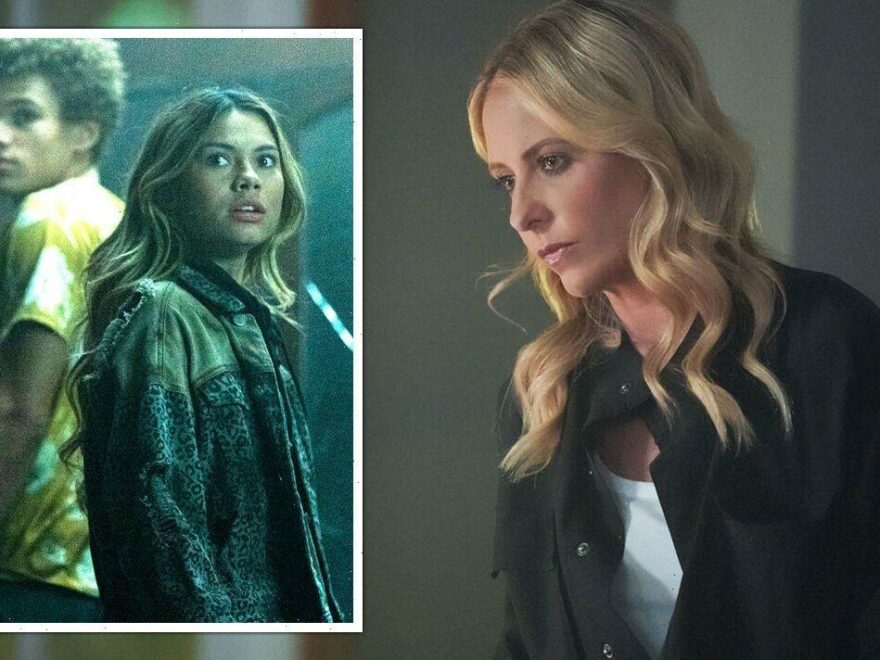 Wolf Pack is making its way to Paramount Plus on January 27 and the series has Buffy The Vampire Slayer star Sarah Michelle Gellar at its helm. She appeared on the Teen Wolf panel at the San Diago Comic Con to announce her acting and executive-producing roles in the series. Express.co.uk has all you need to know about who is in the cast.

Who is in Wolf Pack?

The Buffy star makes her comeback to the small screen in the new supernatural drama.

She plays Kristen Ramsay, an investigator who is trying to unravel a supernatural danger which occurred following a wildfire.

The 45-year-old opened up about being initially reluctant to do another supernatural series after Buffy.

She told The Post: “I just think [that] when you’ve lived in a world that still stands the test of time and that people are still watching, it’s hard to do something that might be considered similar and have inevitable comparisons.

“It just doesn’t make sense because you’re not trying to repeat yourself.

“But, at the same time, if people love you in romantic comedies, you don’t avoid them all. You just find the one that speaks to you and says something. It was also the right timing for me.”

Garrett Briggs is a park ranger in the series and he is played by Rodrigo Santoro.

Speaking to Paramount he said: “Garrett is a character in constant conflict with the responsibilities of fatherhood and morality.

“He is the father of two very special kids who have a connection to nature, he will do anything to protect his kids from outsiders, but especially from themselves.”

The Brazilian actor is best known for his roles in the film 300 and its sequel.

His TV credits include Lost and Westworld.

Everett is a very anxious and lonely teenager going through a difficult time.

He is played by Armani Jackson, a 19-year-old American actor whose sister Talia is an actress and singer.

The actor is on Instagram and he shared some snaps from the Wolf Pack premiere, receiving plenty of support from his followers.

After experiencing problems with her family, Blake becomes closed off to everyone else around her.

She has serious trust issues, but when Everett and the twins come into her life, she gradually warms to them.

Together they have the power to protect their community from chaos.

She is played by Bella Shepard, a 21-year-old actress who has starred in The Wilds and Orange is the New Black.

Viewers may also recognise her as Tati from iCarly.

Luna is an outsider trying to find her place in the world.

As she meets other werewolves like her, she finally finds the pack she feels at home with.

She is played by Chloe Rose Robertson, an American actress and singer who began her career in musical theatre.

Her only other TV credit was as Esther in Wildflower, with Wolf Pack being her first major role.

Speaking about her upcoming role she told LRM Online: “We worked so hard on this show and it’s a beautiful show, we are really proud of it.

“Things will change throughout the season, the dynamics of the characters definitely grow.”

Harlan Briggs is Luna’s brother and he struggles to fit in with the popular crowd.

He likes to play by his own rules and becomes close to the other teen werewolves he meets.

The character is played by Tyler Lawrence Gray, known for his roles in KidCoin and Feeling Randy.