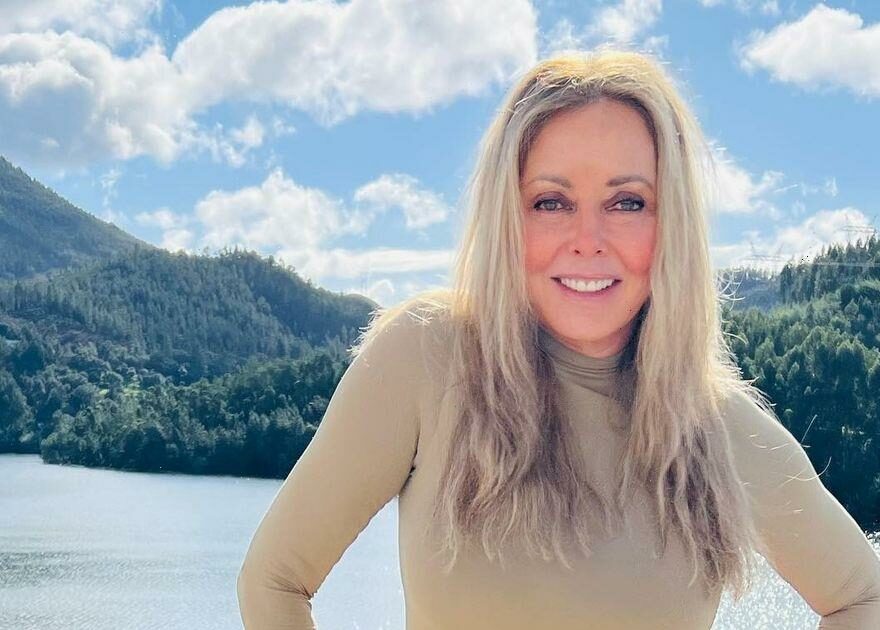 Carol Vorderman has sparked rumours that she and a group of her celebrity pals might be partaking in a celebrity version of Love Island.

The 62-year-old former Countdown maths whizz, who has recently released her first podcast, took to Instagram to share a video clip of her with her pals as they danced around beneath the sunshine.

Carol has been enjoying some downtime at a lavish retreat in Portugal with the likes of Robert Rinder, Denise Welch, Alison Hammond and Alex Scott.

At the retreat run by Jason Vale, which is called Juicy Oasis, Carol has been soaking up the sun and having a bit of a health kick.

Carol, along with her group of celeb pals, could be seen dancing around a lavish villa with stunning ocean views.

Dancing around on a balcony, the celebrities all looked like they were having a great time.

As well as Carol, Alison Hammond took to her social media to share snaps and videos from the sun-soaked health retreat.

Taking to the comments section of the same dancing video that Carol shared, Alison's fans speculated a TV show.

"Ooh! What's this? A TV show? You look beautiful… all of you," penned one in the comments section.

Another asked: "Is this new Celebrity Love Island?"

"Middle aged Love Island? I am here for it," gushed a third.

Although there were a lot of celebrities at the retreat and speculation became rife in the comments, a TV project has not been mentioned by any of the celebrities.

Juicy Oasis is a retreat in Portugal run by Jason Vale, which offers a 7-day mind, body and spiritual journey.

The website states that only the finest freshly extracted juices and blends are served throughout the day, while guests soak up the sun with beautiful views.

Talking about the retreat on her page, Carol, who has been there before, penned: "Had the best 10 days here. Every day… Walking half a marathon and a mountain… and a gym sesh… and a massage. Loads of mates here too."