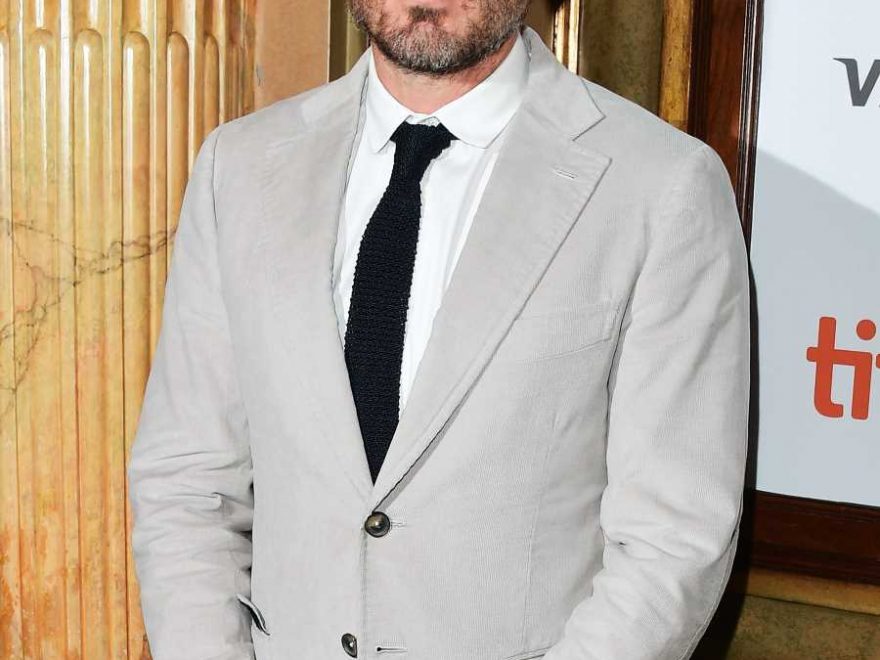 Casey Affleck is addressing his past.

During a recent interview on Dax Shepard‘s Armchair Expert podcast to promote the new movie he directed and stars in, Light of My Life, the actor discussed the previous sexual misconduct allegations against him, and said that he was “supportive” of the #MeToo movement.

Two sexual harassment lawsuits were filed against Affleck, 43, in 2010 by two women who worked with him on I’m Still Here, which he directed and starred Joaquin Phoenix. The actor has denied the allegations, and settled the suits out of court for undisclosed amounts. In the settlement, Affleck did not admit any guilt. He and his accusers are barred from discussing details of the case.

“The way that I’m thought of sometimes by certain people recently has been so antithetical to who I really am that it’s been frustrating,” Affleck added. “And not being able to talk about it has been hard because I really wanted to support all of that, but I felt like the best thing to do was to just be quiet so I didn’t seem to be in opposition to something that I really wanted to champion.”

“It’s a tough spot to be in, especially if you really do appreciate and want to be in support of the side that seems angriest and the anger’s directed at you,” Affleck continued. “And I sort of decided, ‘Well I’ll just stay quiet mostly.’ … It’s not my experience but you have to respect that someone else had an experience and take that to heart and allow for it to be as possible as your memory of that experience.”

Affleck also said that he felt like his situation had been grouped in with other stories of sexual harassment and assault that have come out during the #MeToo movement.

“Suddenly your name is being mentioned in a group of people … On the one hand it’s like a sweeping judgement, and on the other hand there has been a lot of talk about, ‘Can we even make these kind of distinctions between the worst cases and sort of what is perceived as the tamest examples of it?'” he said.

“I think there is some truth in that, you know, it isn’t about, ‘This isn’t so bad and that’s really horrible.’ It’s that it is systematic, it’s accepted culturally at its tamest manifestation of it and at its worst, and it all needs to be turned on its head, eradicated and not allowed for. And that kind of lightning bolt I think is effective,” Affleck continued.

Of the environment he created on the set of I’m Still Here, Affleck said, “it’s not something I would do again.”

“There was a ton of partying, because that was the content of this documentary, at times mockumentary,” he continued. “We’re recording everything. It was confusing for everybody and it was deliberately so. And that’s my responsibility. The intention was to have the crew as a part of the movie. I don’t know how much they knew they were a part of the movie … It was a big mess and it’s not something I would do again. I would be way smarter, more sensible, more sensitive to it being a workplace if I were to try to do this again.”

The Manchester by the Sea star added: “You have to be open to people be saying, ‘No man you’re not hearing us. That was out of control to run a movie set that way. That was wrong.'”

At the end of the interview, Affleck said that he didn’t believe he’d ever get “closure” on the situation.

“I don’t know if you ever get closure on things,” he said. “I constantly revisit things from my life and my past that are 20 years old. Relationships I’ve had. I think about them and turn them over in my mind. I grind everything pretty fine, usually looking for evidence of what a jerk I was. What mistake did I make — that’s my default setting.”

“I don’t think there’s closure until you finally punch the big clock,” he continued. “It’s going to just keep going. It shapes who you are. Everybody in life has gigantic challenges and even tragedies and they think they won’t get through them and they keep going and life goes on. I’ve seen people who have been dealt much worse hands.”

Light of My Life is in theaters, On Demand and on digital Aug. 9.