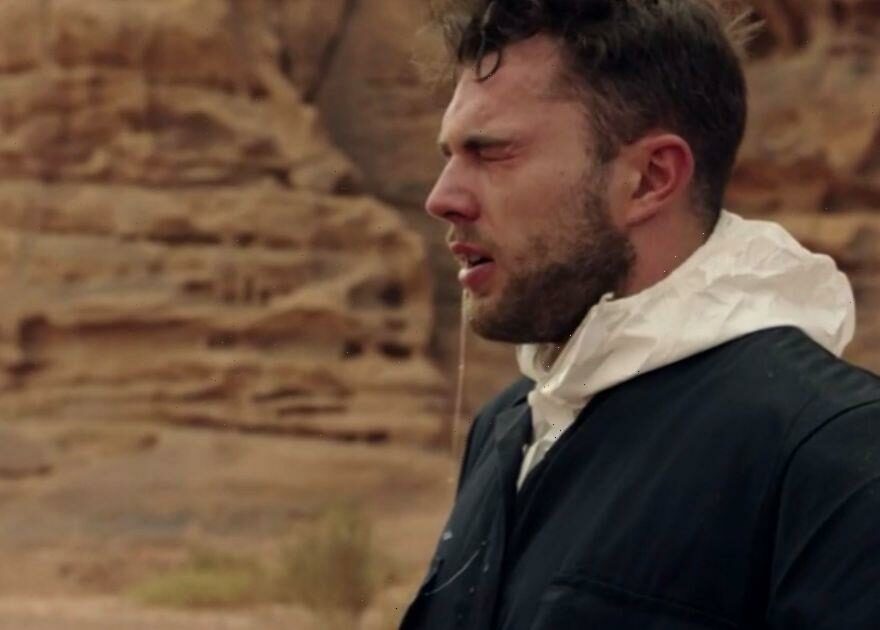 The task saw the group being tested on their ability to follow orders while being exposed to CS gas.

The stars, including TOWIE's Pete Wicks and Ferne McCann, EastEnders' Maisie Smith and Love Island's Curtis Pritchard, were told to remove their gas masks, leaving them struggling for air.

The stars were then filmed dribbling, gasping and gagging as they fought their way out of the chamber.

Soldier Billy Billingham told viewers: "It's absolutely petrifying," as he watched the stars fight through the initial challenge.

Pete Wicks was seen quickly ducking out of the chamber, whilst Ex On The Beach star Ashley Cain kept his eyes firmly shut as he navigated his was to the exit.

The challenge appeared to be physically pushing for Welsh taekwondo athlete Jade Jones OBE as she doubled over once she'd made a break for fresh air.

Despite her struggles and looking back on filming for the show, Jade said she "loved every minute" of her time on Celebrity SAS: Who Dares Wins.

"I think just a once in a lifetime experience. An amazing challenge, amazing test, and I got to learn a lot about myself. I loved every minute to be honest," she recalled.

Taking to Twitter to share their live reactions, viewers commented on how horrific the challenge was to watch.

"The gas challenge is f***ing brutal but funny for us viewers," another added.

The SAS crew punished the recruits for failing to keep their water bottles full and when three celebs failed the mission, they were all forced to do push ups, carry each other and jog on the spot in the middle of the night whilst being screamed at.

One viewer commented on the brutality of the instructors, tweeting: "The instructors on Celebrity SAS absolutely terrify me."