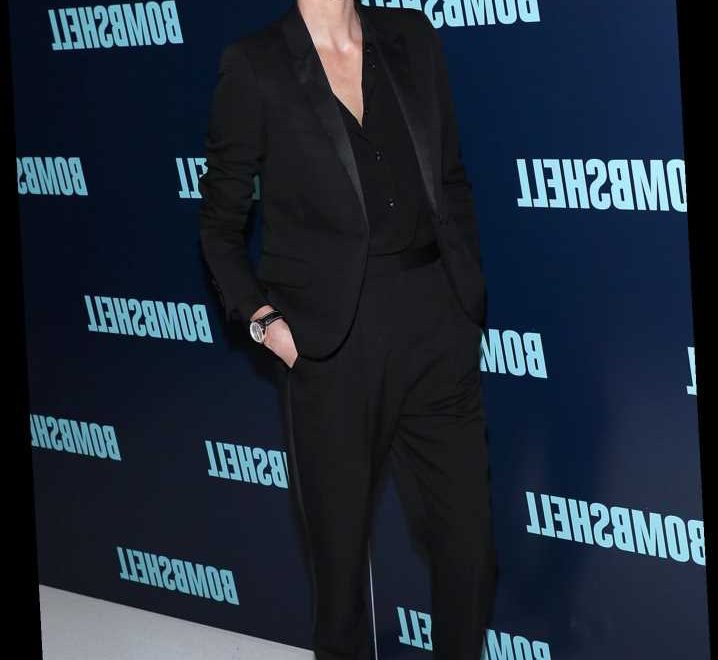 Charlize Theron admits she struggled with saying some of Megyn Kelly‘s most controversial comments while playing the news anchor in Bombshell.

The Oscar winner, 44, uncannily embodies Kelly during her final years at Fox News, when she and dozens of other women alleged sexual harassment against then-longtime CEO Roger Ailes. The movie also recreates one of Kelly’s most criticized moments on Fox News, when she resolutely labeled Santa Claus as a white man during a news segment.

Having to repeat the comment was hard for Theron, as she revealed to writer Kyle Buchanan in her recent New York Times interview.

“I would imagine that as the mother of two black children, you didn’t relish re-enacting her ‘Santa is white’ segment,” Buchanan said.

“Thank you!” Theron emphatically replied, according to the outlet. “Yeah, that was hard for me.”

Theron is mom to 7-year-old Jackson and 3-year-old August.

The actress previously revealed that given America’s current social climate, she’d considered raising her children outside of the United States.

“Racism is much more alive and well than people thought. We can’t deny it anymore. We have to be vocal,” she told Elle last May. “There are places in this country where, if I got a job, I wouldn’t take it. I wouldn’t travel with my kids to some parts of America, and that’s really problematic.”

She added, “There are a lot of times when I look at my kids and I’m like, ‘If this continues, I might have to [leave America].’ Because the last thing I want is for my children to feel unsafe.”

Theron adopted Jackson in 2012 and August in 2015, telling PEOPLE in May that adoption was “always” her first choice.

“Even when I was in relationships, I was always honest with my partners, that adoption was how my family would look one day,” she said. “This was definitely not a second option for me. It was always my first.”