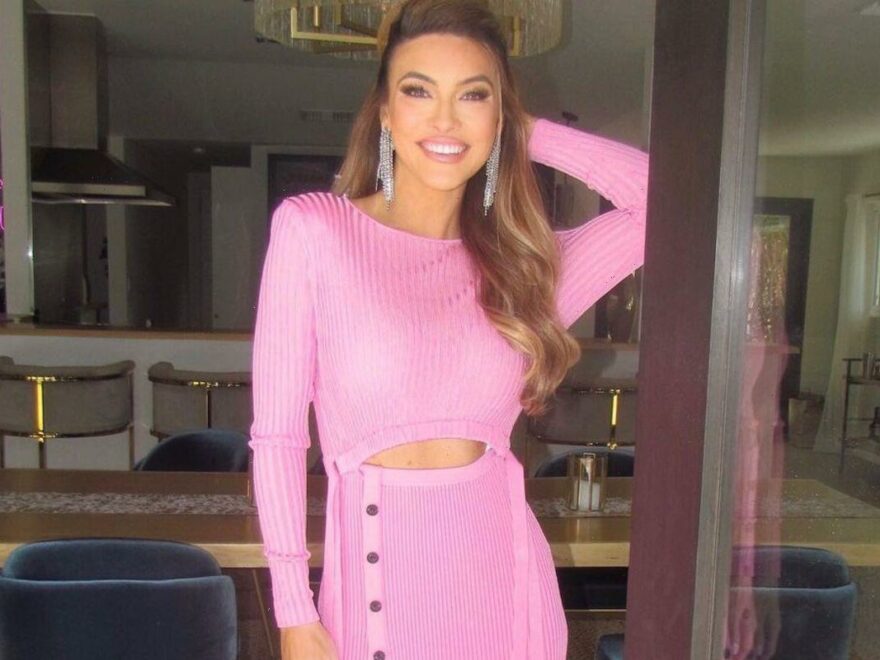 The actress and real estate agent has mixed feelings about filming her Netflix reality television show, admitting ‘some days are great and some aren’t so much.’

AceShowbiz –Chrishell Stause opens up on her “love-hate relationship” with “Selling Sunset“. While she has a lot of fun filming the show, the 41-year-old beauty knows that, in order for it to be entertaining to viewers, cameras can’t just capture the moments when things are going well.

“There are certain aspects I look forward to and have so much fun with. It wouldn’t be a compelling show if there weren’t aspects that gave us raging anxiety. You guys are in store for a very exciting show, which means some days are great and some aren’t so much,” she said.

Chrishell teased her partner G Flip – whom she has been dating since May – could make an appearance in the next season of the reality show. She said, “I can’t answer specifically but I’ll tease… I’ve been very open with my life and [my relationship] is one of those things I’m so protective of as it is so important to me. That being said, there are aspects I am now proud to share. Does that answer your question?”

The blonde beauty is pleased the non-binary musician has fitted in well with her colleagues. She said, “G has spent a lot of time with the ladies from the office. Everyone loves G – they’re very loveable.”

Chrishell regards the rest of the cast as her “family” despite their occasional rows and her well-known frosty relationship with Christine Quinn. She told new! magazine, “You really get to know these people you’re spending all his time with – more time than with your real family. Of course, there will always be people butting heads. But overall, we’ve really bonded.”

And while she remains on amicable terms with her boss and former boyfriend Jason Oppenheim, Chrishell admitted there is some “awkward” moments between them. She said, “We can both be proud of the effort we’ve put in to respect and protect our friendship.”