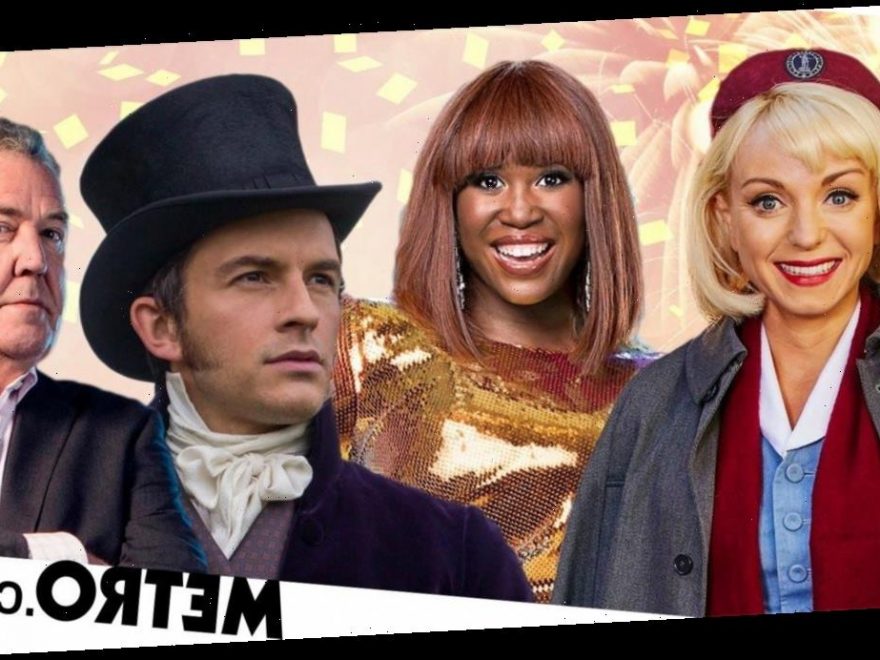 Christmas is a time for pressies, a cracking roast dinner… and a load of good TV to lounge on the sofa and argue with your loved ones over.

This year, there’s definitely something for everyone, from classic Christmas Day favourites through to a randy period drama to keep you occupied.

Not sure what to watch, or have you lost your TV guide with all the good bits highlighted?

Don’t worry, we’ve got you on this to make sure you don’t miss a second of the must-watch telly at your fingertips.

Here’s the best we’ve got in store.

Coming in hot on Netflix, Shondaland’s period comedy-drama Bridgerton drops at 8am on Christmas Day.

It’s a good one too – with the story of London’s elite being caught up in their own scandal as a mysterious Gossip Girl-like character named Lady Whistledown (voiced by Julie Andrews) spills all the gossip of high society in a newsletter.

It’s funny, gripping, and pretty darn sexy – with the team not holding back on the sexual exploits.

Maybe not one to watch with your parents around, though.

Call The Midwife is a Christmas Day tradition now, and this one is promising to be one of the biggest heartwarmers to date.

Everyone at Nonnatus House is looking forward to traditional celebrations with all the trimmings, but nothing quite goes to plan – but then again, when does it ever?

The circus is arriving in town though, bringing a bit of joy and magic to the gang, as well as some new friendships and a surprise reunion.

The BGT team are bringing back some fan favourites for this festive special – and for the first time ever, all the judges will be performing too.

It promises to be chaos with David Walliams and Ashley Banjo joining Stavros Flatley and David later running the risk of offending the Queen in a sketch.

Diversity are back on stage, this time with past winner George Sampson, and Alesha Dixon will perform Have Yourself a Merry Little Christmas with 2017 winner Tokio Myers.

Amanda Holden will also join forces with Collabro to perform her single Home For Christmas.

Strictly Come Dancing may not be having its usual Christmas special this year, but they’re still giving us a little bit of extra glitter on the big day.

Instead we’re counting down of the best Strictly dances ever, including catch-ups with some of the past performers.

Squishing all our fave bits from the past 15 years into one show? We’re in.

The Grand Tour’s Jeremy Clarkson gives his opinion on just about everything – so it was only a matter of time before it became a TV show.

In a new special somewhat similar to Charlie Brooker’s Yearly Wipe, Clarkson will be giving his verdict on the year that’s been in his own sarcastic way.

ITV boss Kevin Lygo described the show as ‘an honest, no-holds-barred review of 2020 through the medium of telling the big stories, the headline grabbing moments, and the hilarious unsung TV heroes, plus all the bizarre bits in between.’

Love them or loathe them, the Brown family aren’t going anywhere – and have this spot on the Christmas Day schedule secured for the next five years.

The slapstick comedy will see Brendan O’Carroll’s leading lady reflect on life over the past year, and trying to figure out what to do with all the loo rolls she bought.

However, she’s soon roped in to help the priest pick the right person to give this year’s sermon, and is given a proposition that she can’t refuse.