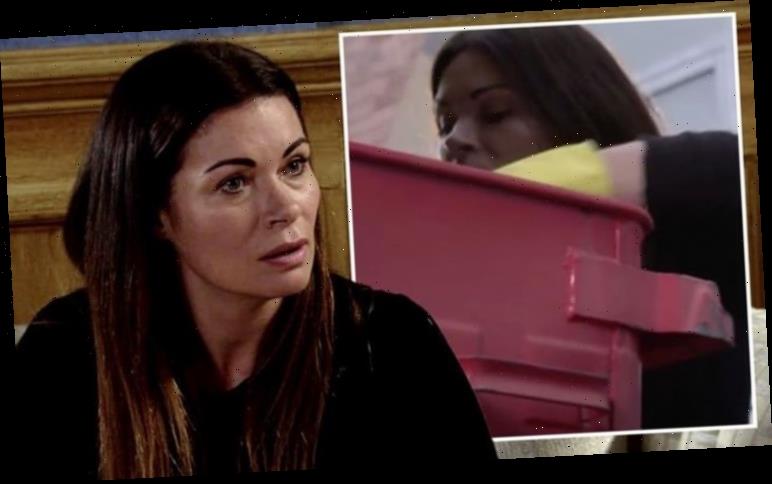 Coronation Street fans saw Adam Barlow (played by Sam Robertson) brutally attacked and left for dead just days after it emerged he had slept with Carla Connor (Alison King). One of the key suspects is his uncle Peter Barlow (Chris Gascoyne) who wasn’t able to give a credible alibi. And some fans were confused as to why Carla decided to bin Peter’s shirt which he later pointed out only made him look more guilty of the crime in question.

Tonight’s double-bill saw Peter taken to the police station for questioning after being arrested for Adam’s assault.

Later on, Gary Windass (Mikey North) was also paid a visit from the force after suspicions surrounded his motives.

Peter was seen insisting he did not have any responsibility in the injuries inflicted on Adam. 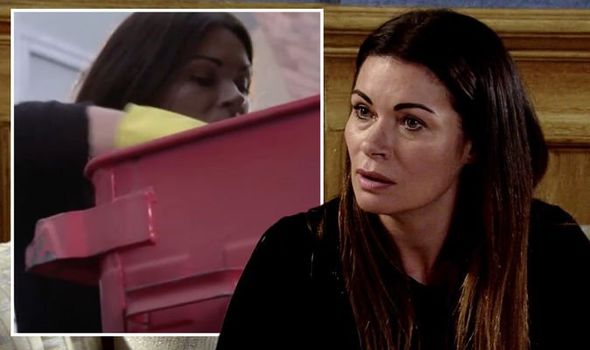 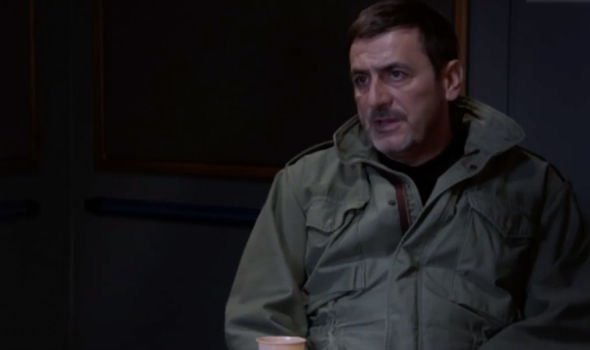 Instead, Peter told the officer he had been in a drunken scrap with another man and was not anywhere near the location of the attack.

But with Carla convinced her partner is not as innocent as he makes out, she took matters into her own hands.

She took Peter’s stained t-shirt he had been wearing on the night of the attack and disposed of it – but not very well.

And those watching were confused by the methods she used in order to get rid of the garment. 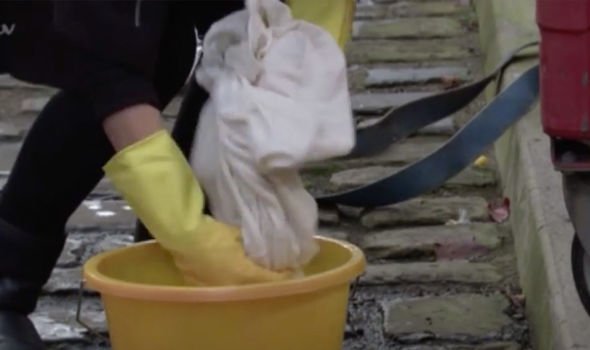 Coronation Street: Daniel tells Sarah that Adam has been attacked

Whilst working at Underworld this evening, Carla poured bleach over the top.

She then took it outside and put it in one of the factory’s industrial-sized bins.

Taking to Twitter after the scenes, fans were not convinced Carla’s tactic for destroying evidence would be a very effective one.

One pointed out: “So obviously Carla has just destroyed the evidence that will prove Peter’s innocence #coronationstreet @itvcorrie.”

Another echoed: “That’s going to be Carla’s undoing, should have burnt away the incriminating item of clothing #corrie #CoronationStreet.”

“The first rule of destroying evidence is to destroy the evidence #carla @itvcorrie #CoronationStreet,” remarked a third fan.

A fourth shared: “Why bleach it? Throw it away or burn it surely?!”

“I’m not saying I’m a pro at getting rid of evidence but that’s just a poor effort there Carla #coronationstreet.”

When she returned home and told Peter what she had done, he was left reeling.

Peter noted getting rid of the shirt would only make him look more guilty as it was destroying evidence.

Fans are yet to find out who put Adam in hospital but at the end of tonight’s episode, it was Sarah who looked the most guilty.

She was seen telling off her young son Harry (Freddie and Isaac Rhodes) after he said she was not home the night of the attack – but what was she really up to?

Coronation Street airs Mondays,  Wednesdays and Fridays at 7:30pm and 8:30pm on ITV.