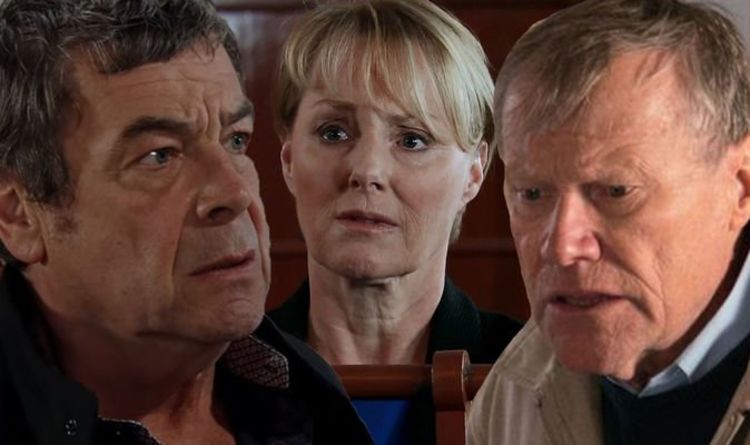 Roy (played by David Neilson) and Evelyn (Maureen Lipman) have been at each others throats in recent weeks on Coronation Street and their feud was made no better by the café owner moving in with the battle axe and her grandson Tyrone Dobbs (Alan Halsall).

After a botched job was done on the electrics at the café, Roy was forced to move out his home so neighbour Edison Bailey (Trevor Michael Georges) could repair the damage to the property.

Not happy with her current living arrangements, next week’s episodes of the ITV soap will see Evelyn do her best to ensure Roy is back at the café is no time at all after Edison informed him the works could take a couple of weeks.

Evelyn’s attempts to bolster Roy out her home could in fact lead to sparks flying between the battle-axe and the Weatherfield stalwart, a possible romance neither would be expecting.

Determined to get Roy justice for the money he has been conned out of, Evelyn will launch a smear campaign against electrician Larry, but she will face backlash when the rogue trader attacks the café owner.

Larry rages at Roy as the Weatherfield favourite fails to reveal who is behind the posters littered around the neighbourhood the electrician is a con-artist, seemingly protecting Evelyn.

It’s not long after the violent confrontation Roy discovers an anonymous source has put down a deposit for Edison to speed up repairs at the café.

Not one to take gestures willingly, Roy confides in Evelyn over the mystery source and how he would like to identify them so he can pay them back.

Evelyn will tell her new house mate he should accept the generous gesture without a second thought and leave the identity a mystery, seemingly knowing more about the overwhelming donation than she’s letting on.

With Evelyn the most likely resident to have put down the deposit, completely out of character, could she be hiding a fondness for Roy after weeks of bickering? 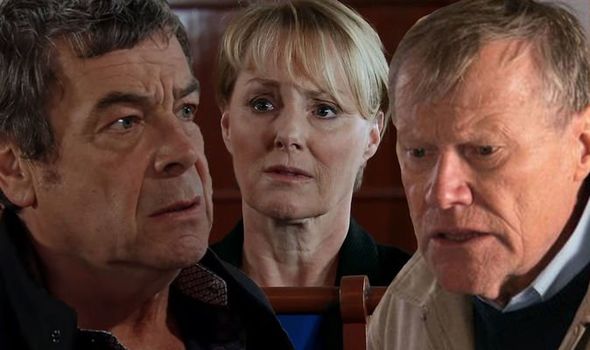 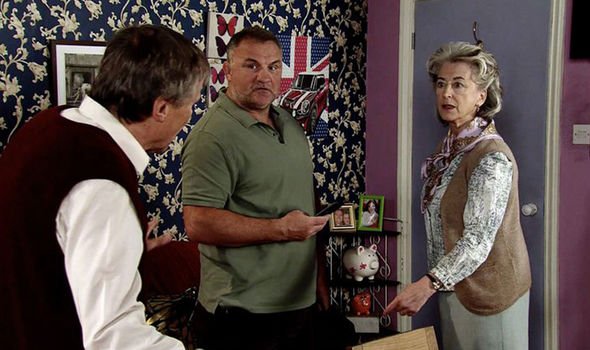 He knew it wasn’t right

Grandson Tyrone has noticed a simmering attraction between Evelyn and Roy, but the battle-axe has shut him down on a number of occasions, not wanting her reputation of being a ruthless and independent woman to be ruined.

As soap fans know, secrets don’t stay as such for too long, so will Roy discover Evelyn is the mystery benefactor and see his nemesis in a new light?

Evelyn could struggle to keep her feelings for Roy hidden after the revelation and finally confess she would like to be the café owner’s new companion.

In an attempt to keep her reputation in tact, will Evelyn convince Roy they should spend more time together in secret, out of the way of prying eyes?

Roy hasn’t found love since his late wife Hayley Cropper (Julie Hesmondhalgh) passed away in 2014 after a battle with pancreatic cancer. 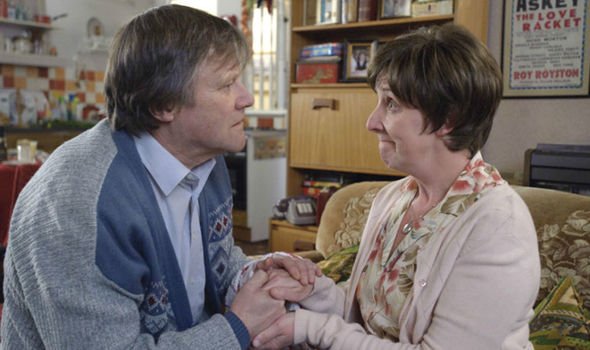 The Weatherfield favourite did have a romantic connection with Cathy Matthews (Melanie Hill) but their relationship fizzled out, leaving Roy on his own once again.

Speaking about his character’s relationships on the cobbles, actor David Neilson, 70, earlier this year he said: “I think it is right that he hasn’t had a successful romantic relationship since Hayley though, he almost had that with Cathy but he knew it wasn’t right.”

Will Roy accept Evelyn’s proposal, or will he reject the battle-axe over his devotion to his late wife, although she would be wanting him to move on?

Elsewhere on the cobbles, youngster Seb Franklin (Harry Visinoni) is set for further heartbreak as he discovers his ex-girlfriend Alina Pop (Ruxandra Porojnicu) has been lying to him next week.

However, will he discover Alina is part of a harrowing modern slavery plot and can he save her?