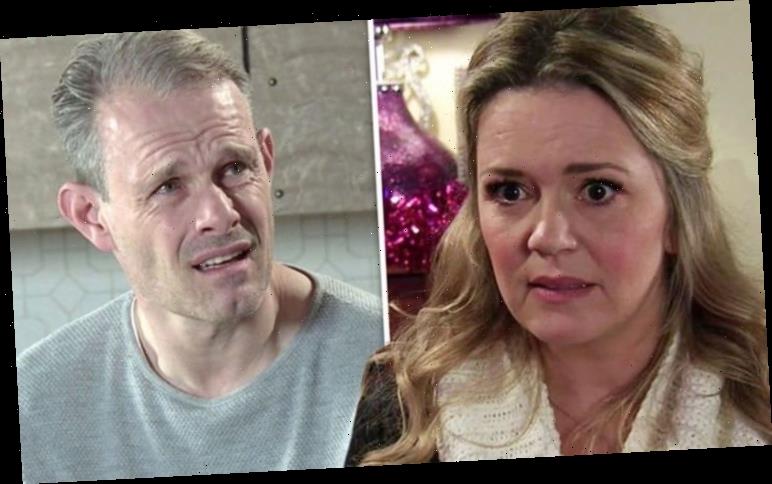 Nick (played by Ben Price) was reunited with Natasha (Rachel Leskovac) earlier this year on Coronation Street and shortly after her return, he discovered he had fathered a son, Sam Blakeman (Jude Riordan), 10 years ago. Although he was delighted to realise he had a child of his own, it came at the time his partner Leanne Battersby (Jane Danson) was having to bid farewell to her own baby. Since then and in upcoming episodes on the ITV soap, she begins to push the father-of-one away, meaning he could end up making an exit from Weatherfield alongside his former lover.

The drama kicks off next week when Leanne is packing away some of Oliver Battersby’s (Emmanuel and Jeremiah Cheetham) toys and is overwhelmed with grief.

At the same time, Natasha calls on Nick at the bistro and tells him their son has gone missing after she told him they were moving to London as she has secured a new job.

Eventually, the pair track their child down but the youngster pleads with his father to let him stay on the cobbles.

In tears, Sam calls his step-mother and asks her if she can move in with her and the businessman after the couple reunited following a brief split.

However, the grieving mother asks her other half why he didn’t tell her about his former lover moving away and tells him his son needs to go with Natasha. 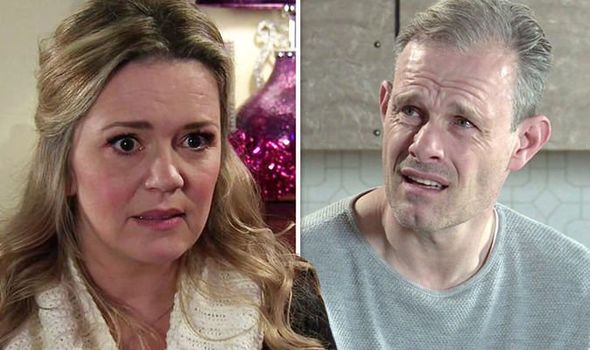 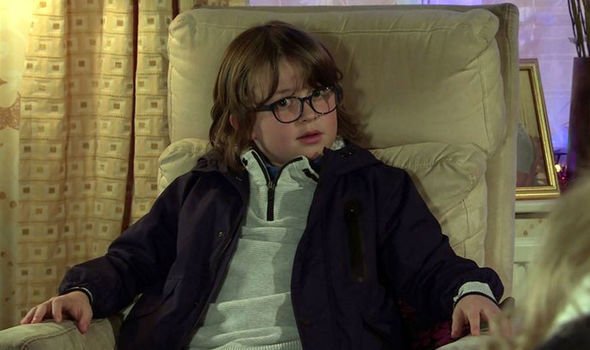 Having considered all his options, Nick rings his son and explains he cannot move into the flat as the timing is wrong.

The businessman then picks Sam up for one last visit and knowing how important it is for him, Leanne decorates their home for Christmas and prepares dinner for the youngster.

She even wraps some presents for the schoolboy and both he and her partner are touched by how kind she has been towards the youngster despite suffering from the loss of her own child.

As they all sit down to eat, the Underworld Factory boss tells his boy he will make a trip to London as much as he can and he won’t leave him again. 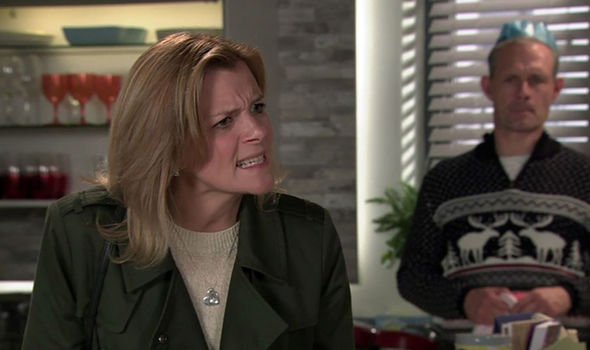 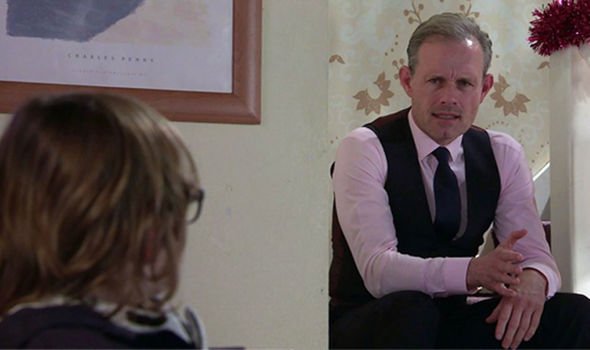 Later on, Leanne spots Sam playing with some of Oliver’s toys and freaks out, leaving Nick’s son feeling extremely guilty.

Having had a setback, the grieving mother tells Nick he needs to rent a flat of his own with the youngster as she tries to process her feelings.

The beloved character assures her other half this isn’t the end of their relationship, but the businessman will feel pushed out once more.

Natasha agrees to let her former lover take custody of their son for the three months she is in London and lets him move into the home she was living in.

To Nick, this has to be for keeps

From the sidelines, Leanne doubts whether this is what she wants, seeing her partner playing a bigger part in Natasha’s life.

As Nick builds a relationship with Sam and speaks with his former lover more, will he decide he should have a fresh start with her in London?

Feeling as if his romance with the grieving mother is beyond repair, he could tell her they need to split for good and he is leaving the cobbles.

Will the beloved character be able to accept her other half needs to have his son around or will her rejection lead him to make an exit from the cobbles?

Natasha actress Rachel, 44, has spoken about her character’s return and made it clear Nick needs to play a part in Sam’s life.

“Natasha’s now a confident, successful businesswoman who owns a couple of salons. She’s done a lot of work on herself and she’s not the vulnerable, emotionally immature girl we saw 10 years ago.”

Seeing such a change in his former lover and not wanting to disappoint his son again, could viewers be saying goodbye to the businessman for good?