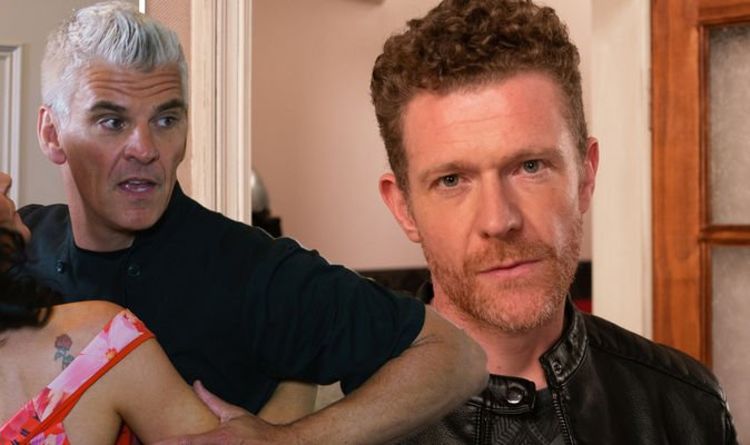 With Michelle Connor (Kym Marsh) out of town to pursue a huge job opportunity, Robert continues to juggle his situation in his secret affair with Vicky Jefferies (Kerri Quinn), who is now pregnant with his baby.

Although Robert isn’t exactly sure what he wants at the moment, he needs to make up his mind sooner rather than later, as Vicky’s ex Jed (Bramwell Donaghey) recently arrived on the scene to stir things up.

While Vicky teased his arrival a little while ago with mentions of calls and texts, this evening saw the character making his grand entrance.

He seemed pretty harmless at first, but the niceties quickly faded as Vicky dropped the bombshell that she had been asked by Jed to return to Ireland with him.

It is not yet entirely clear if Jed knows about Vicky’s baby with Robert, but either way, he is eager to get her back to Ireland as soon as possible.

Understandably, this didn’t sit well with Robert, and he quickly became a little irate about what this could mean for his relationship with his new baby.

As Jed will no doubt become a little more of a mainstay in Coronation Street, viewers may see him becoming more of a problem.

Jed has already made it very clear he is working to win Vicky back once and for all – and to remain where his son Tyler Jefferies (Will Barnett) is.

But as Rob is eager to stay near his new child, the pair may become locked in a vicious battle. 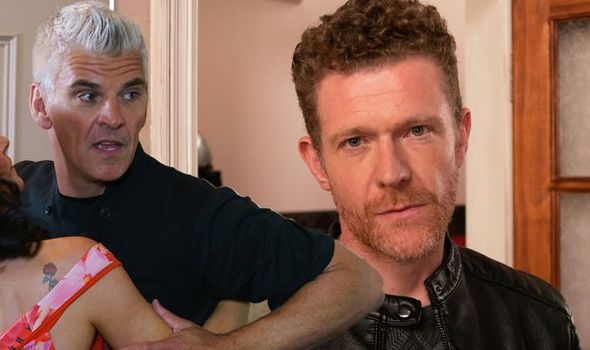 With Michelle currently away, Robert is a little defenceless at home on his own, leaving himself vulnerable to attacks.

If Jed is as suspicious as he first made himself out to be, could he be capable of getting rid of Rob permanently in a bid to win Vicky back?

Either way, the men are certainly going to have to come face-to-face again in the next few episodes before anything major kicks off.

But who will Vicky choose in the end?

Meanwhile viewers are going to experience a death in upcoming episodes, as Emma Brooker (Alexandra Mardell) is given some tragic news. 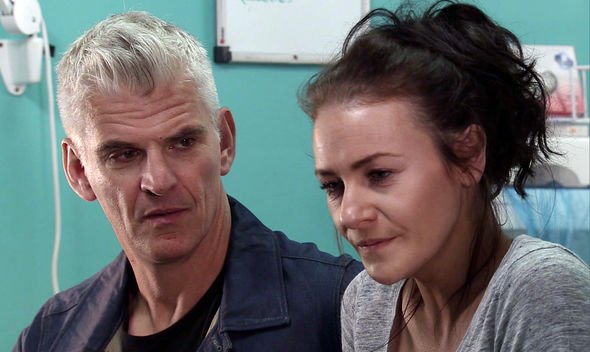 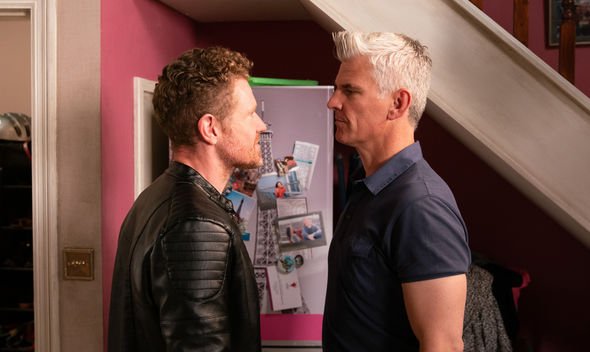 She will be told her father has stomach cancer, and he will unfortunately not survive it.

A source told The Sun: “She’s going to be completely devastated by the sudden death of her dad.

“She was the apple of his eye and she worshipped him.

“It’s going to be really tough for her. Especially when her mum tells her the heartbreaking news.”