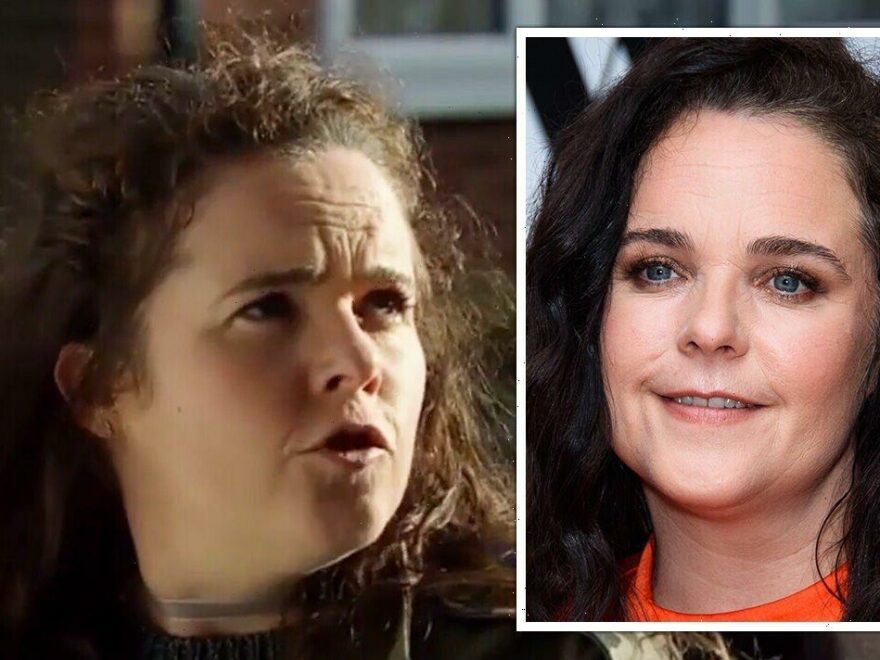 Cherylee Houston took on the role of Izzy Armstrong on Coronation Street in 2011 and she is returning to the cobbles after three years. The 48-year-old actress was diagnosed with a rare connective tissue disorder when she was 23. It meant she had to endure an extended period of shielding for coronavirus.

Cherylee last appeared on the screen in 2020 before lockdown restrictions were enforced in the UK.

However, she did make an appearance via Zoom in 2021 in a storyline which showed the hardships disabled people faced during the pandemic.

The actress was joined by her real-life husband Toby Hadoke who played her character’s neighbour and carer.

Cherylee thanked the Coronation Street team for being “really supportive” about her return to work.

She told The Mirror: “We did do some scenes from home, we talked about the possibility of that or me going back to a gentle start to ease me back in. They’ve just been really supportive.”

She said about her return: “It would be wonderful to come back with a bit of a bang.

“Although I might actually come back with a small fizzle while I get better!”

She added: “We did do some scenes from home, we talked about the possibility of that or me going back to a gentle start to ease me back in.”

Cherylee was recently awarded an MBE for her services in the disabled community.

She works to remove barriers for other disabled people and has previously spoken about welfare cuts in Parliament.

The actress received her award, which included her services to drama, from the Princess Royal in November.

Cherylee said at the time: “It’s a bit overwhelming. It’s massive and I think that it gives me a stronger voice for my community.

“As many people who are disabled and in the public eye we tend to use our voices as much as we can because we don’t have any central spokespeople.”

She said there are more than 1,500 members of the deaf, disabled or neurodivergent creatives in the network.

“What we are doing is pulling together as a community and having conversations with our industry about how to make people feel comfortable,” she added.

“Nobody knows all the answers around disability access but what we are saying is to talk to us and allow the talent in the room.”

ITV has been contacted by Express.co.uk for comment on Cherylee’s soap return.

Coronation Street bosses have not revealed what storyline the actress will be a part of during her return.

Last year she revealed she would “love to play a murderer”, so will her comeback be a villainous one?

Coronation Street airs on Mondays, Wednesdays and Fridays at 8pm on ITV.