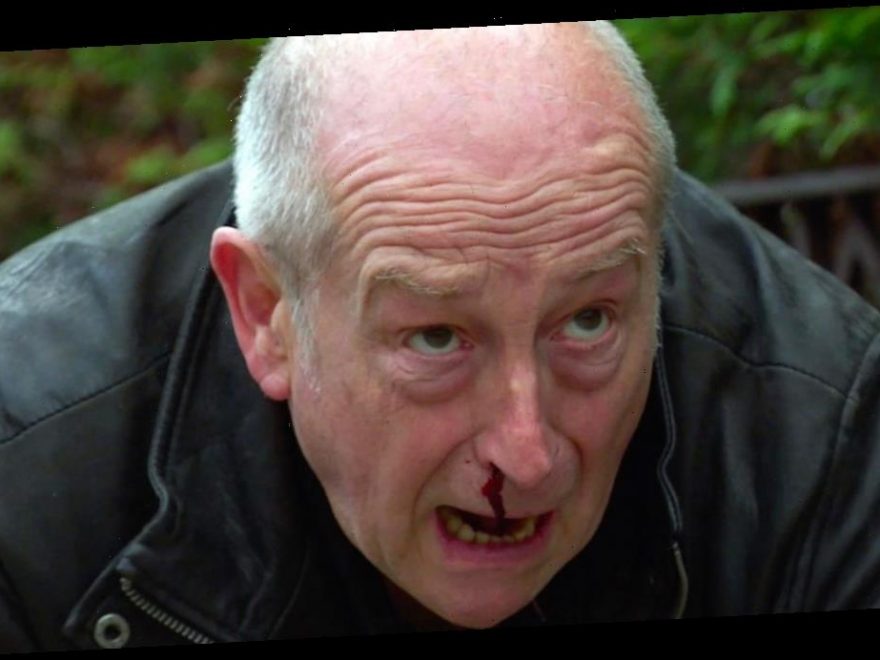 Viewers saw evil Geoff abuse his wife Yasmeen for months, and now the twisted character has turned his attention to his son.

He tells his son that even as a child he knew he'd never amount to anything, and an angered Tim falls for it and punches his dad in the face.

Elsewhere, Imran visits Yasmeen and breaks the news that Paula has been signed off work.

Yasmeen refuses to delay the trial any longer and insists Imran represents her instead.

Later, Geoff takes a selfie of his bloodied nose so he can reveal that Tim punched him.

Imran and Alya are horrified to hear that Tim punched Geoff and point out that he's no longer a credible witness.

When Tim takes a call from the police telling him that they've found Elaine but she's been admitted to a psychiatric hospital, Alya realises her Gran's defence is well and truly scuppered.

Later on in the week, Yasmeen is a bag of nerves as the trial begins and the barristers deliver their opening statements.

Geoff takes the witness box and paints Yasmeen as a violent alcoholic. She listens, outraged by his lies.

Tim visits Elaine in hospital and apologises for ever disbelieving that she was his Mum.

However when Tim asks her to give evidence at the trial, how will she react?

Elaine confides in Tim that she's convinced Geoff has been spying on her in the hospital.

Geoff plays to the jury, telling them how Yasmeen lunged at him with the broken bottle in a vicious and nasty attack.

Tim implores Elaine to reconsider as she's Yasmeen's only real hope, while Imran cross examines Geoff who is forced to admit that his first wife may not be dead after all.

Viewers will then see Alya take the witness box and endure a grilling from the prosecution barrister.

Sally takes to the witness box but the prosecution is quick to point out that Sally's evidence is based purely on hearsay.

Yasmeen calls Alya from prison and asserts that it's now up to the jury to decide her fate.

Coronation Street continues on Wednesday at 7.30pm on ITV.