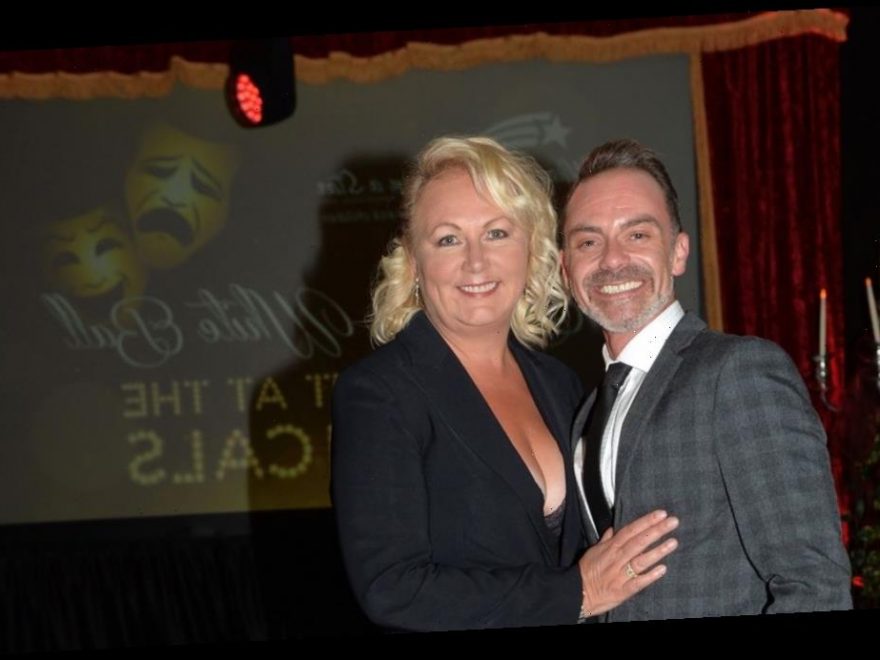 The soap icon, who plays Eileen Grimshaw in Coronation Street, looked sensational as she showed off the results of her three-stone weight loss.

Sue looked every inch the vixen, as she stepped out with her fellow co-stars as she posed up a storm at the annual When You Wish Upon A Star bash.

Sue looked incredible as she donned a plunging navy suit, which skimmed over her curves.

She paired the look with on-trend leopard-print heels and a paper-thin vest top.

Sue has been heavily involved with When You Wish Upon A Star for many years, and often volunteers at the organisation's Winter Wonderland event, which sees Wish families enjoy a weekend away at Center Parcs.

The actress has dropped from a size 16 to a size 12 after cutting out gluten, following a low-sugar Mediterranean diet.

In 2011, it was reported Sue collapsed on-set of Corrie due to her diabetes and had to go to hospital for treatment.

An insider previously told Woman magazine: "Sue was always a self-confessed foodie, who admitted that over-indulgence was her Achilles Heel. Now everything’s changed."

Sue has often found her character Eileen at the centre of drama during her 19-year tenure on the cobbles.

Last year her character was heartbroken to discover that her husband Pat Phelan was a serial killer.

Eileen was devastated when she thought her boyfriend was part of a human trafficking ring but it transpired that Jan (Piotr Baumann) was a police informant working undercover to expose the criminal gang.

Jan was shot by trafficker Rachel Healy but discharged himself from hospital and quietly left Weatherfield after being warned off by Sean Tully.