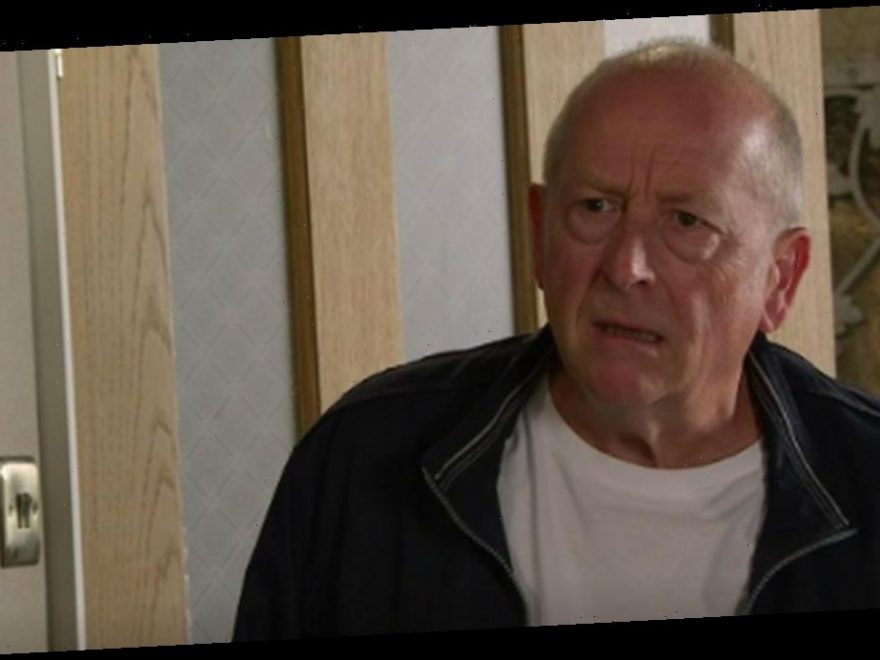 Coronation Street fans were a little confused during tonight’s episode, as Geoff Metcalfe returned to the Speed Daal kitchen with Alya Nazir.

The two continue to work together as chefs and managers in the local restaurant, even though Alya (Sair Khan) resents Geoff (Ian Bartholomew) for what he did to her nan.

As the pair bickered over Yasmeen Nazir’s (Shelley King) upcoming trial, the restaurant appeared to be completely empty before them.

However, there were lines of order slips arranged behind them in the kitchen, suggesting diners were waiting on their dinner.

Watching from home, certain Corrie fans were baffled by the order slips, as they pointed out there wasn’t a customer in sight.

While the order slips could have been take-out orders, the phone didn’t appear to ring once during the tense scene between sworn enemies Alya and Geoff.

On Twitter, one pointed out: "If it's so quiet why are there so many orders on the racking?"

"Just been wondering the same thing," agreed a second.

Later, Geoff could be seen flirting with a customer, as Alya watched on in horror, fearing he had discovered his "next victim".

As the Corrie villain invited a blonde diner to return to the restaurant, she turned to boyfriend Ryan Connor and said: "Look at him, slime ball."

Sharing in her disgust, Ryan replied: "Ugh, puts me off my pakoras."

Feeling fearful for the restaurant's patron, and remembering what had happened to Yasmeen, she continued: "He’s lining up his next victim."

Suddenly, an idea appeared to come to Alya, as she started plotting to follow Geoff to see how he had been spending Yasmeen's hard-earned savings.

Convinced Geoff had been splashing the cash on flowers and fancy hotels for his next squeeze, she decided to track his movements.

Can Alya catch Geoff in the act, or is he too slippery to get a hold of?

Coronation Street airs on Mondays, Wednesdays and Fridays at 7.30pm and 8pm on ITV.