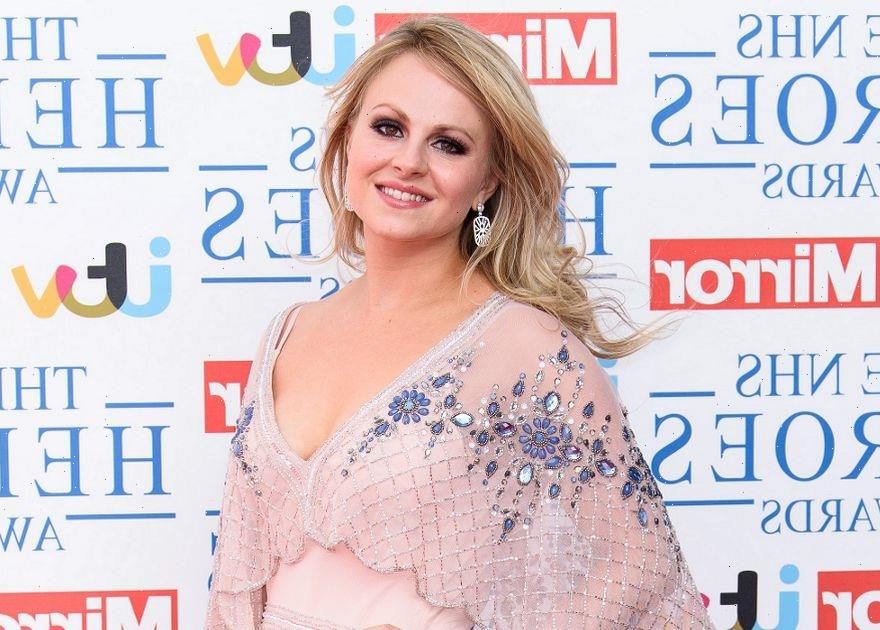 Soap star Tina O'Brien is known for her role as Sarah Platt in Coronation Street – but her real life has involved plenty of drama too.

The 38-year-old Corrie actress has portrayed Gaily Platt's daughter in the ITV soap since joining the cast at the age of 16.

However, her off-screen love life has been eerily similar to that of Sarah at times, because she dated the Grimshaw brothers in real life as well as on the soap.

On Corrie, Sarah dated Todd Grimshaw (Bruno Langley) before they split and she moved on with his brother Jason (Ryan Thomas).

When she was 17, actress Tina mirrored her character's on-screen romance when she started dating Bruno Langley, who played Sarah's soap boyfriend Todd.

The pair enjoyed a one year romance before Tina found a spark with Bruno's on-screen brother, Ryan Thomas, Bruno's real-life pal, leaving Tina worried that there might be tension between the three.

In 2007 she told the Mirror: "It was five months later when I got together with Ryan and I was worried about it as he's a friend of Bruno. But we worked hard to make sure there wasn't any tension between the three of us,"

It turns out that Tina had known Ryan all the way back when she was just 13-years-old at a Saturday drama club in Manchester.

They were co-stars and even had to kiss one another but she didn't fancy him, and despite there not being an instant connection when they reunited on the set of Corrie in 2003.

Soon enough there was chemistry between the two and after a night out, Tina and Ryan shared a romantic kiss goodnight on a doorstep.

Tina said: "We didn't start going out with each other because we didn't want to become a couple and lose our friendship"

"It was very, very hard because I liked him. We both tried to fight it. We must have really liked each other because we did it anyway, it was quite natural."

The pair quickly became serious with one another and they became an official couple, but their relationship suffered from blazing rows between the two.

Tina confessed: "When we first started going out we were always arguing. I have a really bad temper and we had big fall-outs,

"We had a massive row once at his place when he had the builders in. They must have thought I was mental because I was screaming at the top of my lungs at him, 'Why don't you eff off.'

"I don't even know what we argued about. It was always over the smallest of things. "We never split up but I did occasionally say, 'That's it, I'm never speaking to you again!'

"We still have big, big rows but we haven't had one for a while. We don't let things get to us now as we talk about what's making us unhappy. We're like an old married couple."

Tina revealed they have shared a few kisses on the set of the soap, but the pair tended to keep their relationship away from their work.

The actress left Corrie in 2007 and had said at the time that seeing Ryan less would make the time they did spend together more special.

At the time, she said: "Ryan has been really good about me leaving. At first he wanted me to stay but he realises now that it will be good for me – and for both of us.

"I love working with him and I will miss it but it will make our relationship stronger."

One year later, Tina and Ryan's daughter Scarlet was born, but sadly they called it quits as a couple just months before her first birthday.

Tina spoke to new! magazine and explained she was "devastated" after their break-up.

She said: "He said I didn't do it for him any more. Those were his words. I was absolutely devastated. He said he didn't want the responsibility of a relationship with me.

The star admitted she begged Ryan to change his mind, but that Ryan refused to 'fix' their six-year relationship.

When Tina returned to Corrie in 2015, Ryan left the following year to star in Aussie soap, Neighbours.

Despite their heated break-up, the pair were able to patch things up as friends and Tina even invited Ryan to her wedding in 2018 – after she met her new man Adam Crofts.

Ryan appears to have a great relationship with the couple, as he previously said: "Adam is cool, he's just a lovely guy."

"As a stepfather in Scarlett's life, I've hit the jackpot. She adores him."

Tina also praised her ex-boyfriend Ryan and her husband for making things work – and they once spent a Christmas together.

"It’s taken a lot of years and a lot of biting my tongue. Seriously, though, it’s mainly down to Adam and Ryan," she said.

"It helps that everyone has moved on and is in a happy place. Ryan is really happy and we are happy, so there aren’t any issues.

"For the sake of Scarlett, it has been well worth preserving [our relationship] and choosing our battles."

On the other hand, Ryan is engaged to former TOWIE star Lucy Mecklenburgh, after meeting her on Bear Gryll's Celebrity Island in 2017.

They welcomed their son, Roman, in March last year.

Tina and Lucy seem to get on really well, too, because they frequently chat to each other on social media.

In 2019, Ryan shared a picture of Scarlett at a nail salon with the caption: "So mummy puts nail varnish on, daddy takes it off."

Lucy quipped: "So mean!!!!!!", while Tina then responded saying: "@lucymeck1 Don’t worry the three of us can go next time and get matching nails and tattoos."

Coronation Street airs Mondays, Wednesdays and Fridays at 7:30pm and 8:30pm on ITV.