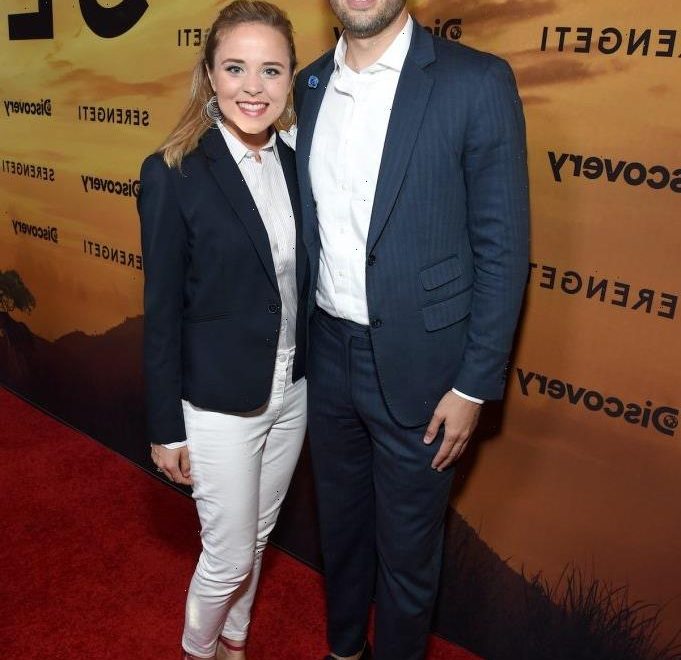 Former Counting On stars Jinger Duggar and Jeremy Vuolo are living their best lives in California. Ever since the two were married, they’ve shed Duggar’s former life and have opted for one with a bit more personal freedom — including in how they dress.

Duggar has been wearing pants — and the occasional pair of shorts — for several years now, but in her recent workout photo, she appeared to be dressed no differently than anyone else at the gym, and viewers loved it.

Jinger Duggar has admitted to having different convictions than her parents

When Jinger met her future husband, Jeremy, she was instantly smitten. The two first crossed paths after Jessa Duggar and Ben Seewald met Jeremy while visiting Texas. They invited him back to Arkansas, and the rest is history.

When Jinger and Jeremy tied the knot and moved to Laredo, Texas, where Jeremy was a pastor at the time, Jinger’s life started to change. She shed the intense rules she’d grown up with in favor of a freer way to dress and act. She began wearing pants and attending professional sporting events, and she even dyed her hair blonde.

In an episode of Counting On that addressed Jinger’s new fashion, she admitted to having different “convictions” (beliefs or opinions) than her parents. And as she expressed those convictions, her mother sat next to her and revealed that she was fine with Jinger living her life a bit differently than Michelle and Jim Bob Duggar.

Jinger has been coming out of her shell ever since; she and Jeremy moved to Los Angeles back in 2019 and have been enjoying the city in various ways for more than two years. The two have also started working out together. Jeremy is a former professional soccer player, so he’s no stranger to the gym, but Jinger never had a gym membership before meeting him.

In a recent photo posted to Jinger’s Instagram story, she was wearing shorts and a tank top; she looked like any other member of the gym. And Reddit users were happy to see her showing so much skin after spending so many years covered up.

“For many years I couldn’t stand to not be totally covered,” one user wrote of their own experience growing up the way Jinger did. “I guess I’ve mellowed in my old age. Glad to see Jinger doing the same. I know she feels much better inside.”

“I still struggle with abandoning the modest mentality, and I’ve been out for 13 years,” another person commented. “Good for her.”

“I’ll I can say is good for her. Wear whatever the f–k you want Jinger,” another user added.

Will Jinger Duggar and Jeremy Vuolo ever move back to Arkansas?

Fans have noticed that Jinger tends to dress more modestly when she’s visiting her family in Arkansas; her photos have proved it. It could be out of respect for Michelle and Jim Bob’s rules. Either way, some have questioned if Jinger and Jeremy will ever move back to Arkansas now that Jeremy’s time at The Master’s Seminary in California is coming to a close. The two haven’t revealed any plans to move, and it’s clear they’re enjoying their California lifestyle. Plus, it’s allowed them more freedom since they’re not living near Jinger’s family. It’s too early to tell if the couple will ever relocate closer to Jinger’s home.