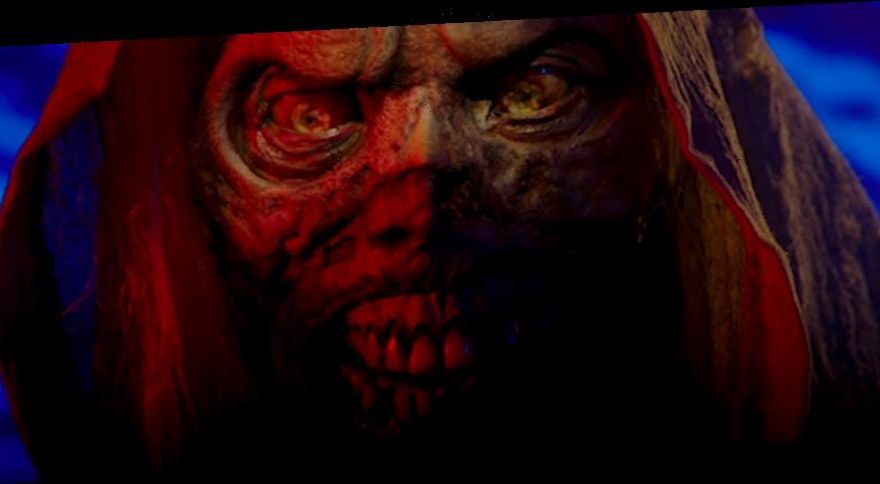 The Creep will return in 2021. Creepshow season 2 has officially begun production, with plans for the series to return to Shudder in 2021. Greg Nicotero is back as showrunner, and the cast for season 2 so far includes Anna Camp, Keith David, Ashley Laurence, Josh McDermitt, and Adam Pally. The series is based on the George A. Romero film of the same name, which featured a screenplay by Stephen King.

Today, Shudder announced that Creepshow season 2 had begun production in Atlanta, Georgia. The show is “following all safety guidelines and protocols in accordance with SAG-AFTRA, DGA, IATSE, TEAMSTERS, CDC and state and local guidance.” As far as episodes go, there’s going to be a two-parter called “Shapeshifters Anonymous”, based on a short story by J.A. Konrath about “an unlucky soul who finds himself in need of a werewolf support group.” Greg Nicotero is directing a cast that includes Anna Camp and Adam Pally.

Another episode, “Pesticide”, will star Keith David, Ashley Laurence, and Josh McDermitt. Written by Frank Deitz, the story involves an exterminator “who makes an infernal bargain.” Then there’s “Model Kid,” written by John Esposito, about “a 12-year-old monster fan who turns to hand-built model kits to escape his unhappy reality.” More titles, cast members, and directors will be announced soon.

“I’ve never been happier to get behind the camera as I am today. After missing our shoot date in March by just over 48 hours, season 2 of Creepshow hits the ground running as cameras begin to roll. The cast and crew have a level of excitement and enthusiasm I’ve never seen before and it’s inspiring. So many of us in the entertainment industry have been waiting for the day we can begin to do what we do best—to have some fun together creating new worlds, new adventures and new thrills,” said Nicotero.

Here’s the part of the story where I admit I did not love the first season of Creepshow. I wanted to love it, since I’m just a fan of the movie, and of Shudder. But to be blunt, the series looked painfully cheap at times. I get that this isn’t a big-budget production, but there are ways to get around that, visually. Unfortunately, that didn’t come through. The Creepshow movie was known for its garish, comic book-style – and none of that was on display in the first season. I’m holding out hope that season 2 will improve things a bit.