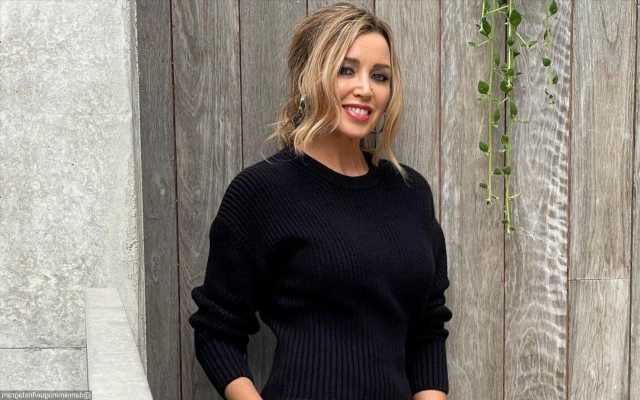 The ‘Young Talent Time’ star claims she sought help from therapist following her experience as a judge for three years on Simon Cowell’s U.K. talent show.

AceShowbiz –Dannii Minogue needed therapy after being a judge on “The X Factor U.K.“

The pop star, who was a judge on the competitive talent show between 2007 and 2010, admits the impact of appearing on the programme was overlooked at the time.

“None of that was spoken about. You had this feeling that if you were in the public eye, you’d brought it on yourself, and so I didn’t feel there was anybody thinking that it wasn’t OK, apart from me,” she told Psychologies magazine.

Dannii thanks her support team for helping her through her experience on Simon Cowell‘s show, adding, “My publicist in London and my manager have been through everything with me, and they’re amazing people – very grounded.”

The singer – who is the younger sister of fellow pop star Kylie Minogue – also appreciates the support she received from her family.

“I’ve leaned on my family too. And, just recently, I’ve been working with a psychologist on how to strengthen my responses, process stuff and move forward.”

In a different chat, Dannii Minogue credits Olivia Newton-John for inspiring her to become an actress.

The singer-and-actress cites Olivia’s starring role as Sandy in the 1978 musical classic “Grease” for spurring her on to take up singing and dancing as a child.

The former “Australia’s Got Talent” judge told Sophie Ellis-Bextor on her podcast “Spinning Plates“, “The thing that really got me into it was, I saw Olivia Newton-John in Grease. I was like, ‘Yeah that’s what I want to do.’ I did not know that it was a job.”

The former “The X Factor U.K.” judge made her name as a child star on the Australian television programme “Young Talent Time“, which she was recommended to audition for by the teachers at her after-school singing and dancing lessons.

However, she admited she had “no ambition” to try out for anything at that level.

“I had no idea. I had no ambitions to audition for anything,” she admitted. “I just wanted to learn how to do it because it was a hobby that I loved. And the teachers saw me there and said to the producers, ‘you’ve got to bring her in for an audition because, like she’s just standing there in front of the class and you should see her.’ “

“When they asked me for the audition, I was like, ‘you’ve got the wrong person.’ “

The “Home and Away” alum, who was on the show between 1982 and 1988, also spoke about her journey into parenthood and how she only got a maternal instinct after joining Simon Cowell’s talent show in 2007.

“I had no maternal feelings until I started doing X Factor in the U.K.” she explained. “And so, mentoring there, working with the artists, and trying to give them any experience I had to try and help them and then seeing them evolve.”

Dannii ended up leaving the show in 2010 when she gave birth to her son Ethan, 11, whose father is model Kris Smith.